From MicroWiki, the free micronational encyclopædia
(Redirected from Tyler Mullins)
Jump to navigation Jump to search

Mullins was born in the year 1997 in the United States. While in middle and high school, Mullins studied well and participated in multiple sports, including cross country, tennis, and track & field. Outside of school, Mullins was a successful programmer. Specializing in Java, he published a number of server plugins for the popular video game Minecraft, with his most popular plugin being his Emerald Tools plugin. As of 22 November 2021, his plugins have reached 84,913 downloads across his pages on the bukkit and spigot forums.[1][2]

While attending university, Mullins joined the Tau Kappa Epsilon fraternity in August 2017. In October, Mullins was elected to be the treasurer of the chapter. During his term as treasurer, Mullins also served as the chair of the recruitment committee for the spring and summer semesters of 2018. Mullins served as treasurer for one full year term and was then elected to be vice president in October 2018. Mullins served a partial term as vice president, leaving office in March 2019, then shifted his focus to complete the requirements for induction into the Order of the Founders, then advanced further to complete the requirements to become a Knight of Classic Lore by the end of 2019. He was knighted during the first chapter meeting of the spring 2020 semester. In that same meeting, Mullins was installed as the Risk Manager of the chapter and served until the end of the spring semester in May 2020. Mullins mentored a total of five new members throughout his three years of undergraduate membership.


After completing his bachelor's degree, Mullins continued to volunteer for his fraternity chapter, serving as an advisor for risk management education, through which he assisted his chapter in ensuring safety and legal compliance. It was his goal to eliminate the negative stigma of fraternities by eliminating toxic culture and habits at the chapter level while promoting a fun and healthy environment for personal growth.


In August 2021, Mullins decided to rejoin the chapter as an active collegiate member. He still met all the requirements for membership due to his continued studies at the university and he had continued to be active within the chapter since his first graduation, so he felt that it made sense for him to continue what he was already doing, but in an official capacity. Shortly after, Mullins was given the opportunity to mentor a sixth new member.[note 1] In September 2021, Mullins was appointed to be the chair of the philanthropy committee. On 14 November 2021, Mullins ran in the elections for secretary and for historian for the 2022 calendar year. Mullins was elected to both positions, but relinquished the position of secretary to the runner-up so that he would be able to focus primarily on the historian position. On 5 December 2021, Mullins was sworn in as Historian and resigned as Philanthropy Chairman, though he would continue to serve on the philanthropy committee. Mullins was appointed to be the T-Shirt Committee Chairman on 16 January 2022. Mullins was elected to serve as the Secretary on 13 March 2022. On 14 April 2022, Mullins was appointed to oversee the Trip Committee, involving the planning an execution of chapter-sponsored vacations and trips.

The Free Nation of New Athens

Mullins is the founder and first King of the Free Nation of New Athens.
Mullins was the first Director of the New Athenian Department for Aerospace Affairs (NADAA), succeeded by Sasha Popov.

In cooperation with the Commonwealth of Naveria, Mullins co-founded the Atlanta Regional Union on 1 December 2019. Arms granted by the State of Vishwamitra alongside the Order of the Sanghamitra. Arms granted by the State of Vishwamitra alongside the Order of Diplomatic Service Merit.

The customary order of wear of a New Athenian national is to display any and all New Athenian honors first, beginning with the top row. Next, organizational honors are displayed, then any additional foreign honors. All honors should be grouped by their respective nation or organization, and honors should be ordered by precedence in descending order. Groups of honors are ordered by the number of honors they include. Groups of honors which contain the same number of honors should be ordered with priority given to the group with the highest ranking honor. Groups which are seemingly identical in the above specifications should be listed by the date the highest honor was received, in descending order.

Ribbon bars worn by Tyler I

Below is the arrangement of ribbons worn by Mullins, in keeping with the customs and order of wear of the Free Nation of New Athens.

Mullins spends most of his time in the Sandy Springs and Roswell provinces of the Free Nation of New Athens. He enjoys a number of hobbies, including socializing with his fraternity brothers, playing video games, web server administration, beekeeping, beer and wine tasting, and micronationalism.

Mullins is a centrist that leans towards libertarian. 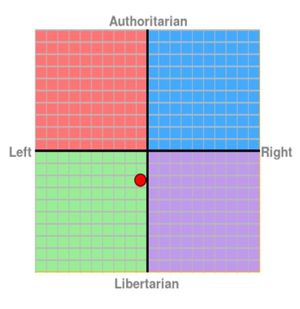 News articles which mention Mullins but were not authored or edited by him.