The Republic of Avalonia (Lithuanian: Avalonijos Respublika), more commonly known as Avalonia, is a sovereign micronation situated within the United States. Avalonia claims territory in the North Peninsula of Wisconsin, as well as having an enclave in Chicago, Illinois. The Republic of Avalonia was founded on 13 August 2021, by the current President and Commander in Chief of the Avalonian Armed Forces (AAF), President James II.

The Republic of Avalonia holds claim to a independently-owned area of over 2 acres, or around 90,000 ft² of territory, with the hopes of expansion within the near future. Avalonia also has an embassy within Lithuania. The main administrative office of Avalonia is located in downtown Chicago, with the Capital, City of Avalon, located within the Northern peninsula of Wisconsin. The Capital also hosts the AAF training facility, fit for advanced terrain infantry and naval training. The Republic of Avalonia is divided into two regions, the Central region, and the Northern region.

The Republic of Avalonia derives its name from the word "Avalonia", a microcontinent in the Paleozoic era.

The Pre-Establishment Era of the Republic of Avalonia began in September 2018. This era of the nation did not have an established government, permanent population, or online presence. Plans were being created for establishing territorial control and establishing a democratic government. However, initial plans for a monetary system, a passport and immigration plan, an initial citizen base, and the creation of early versions of flags and arms were drafted. After three years of planning, the Republic of Avalonia was officially declared sovereign from the United States of America on 13 August 2021 by incumbent President, James II.

The Republic of Avalonia was formally established and declared independent from the continental United States on 13 August 2021. The declaration was written and signed by incumbent President, James II. The Government of the Republic of Avalonia is currently in the development stages and operates with a small ministry and Council of State. Incumbent President James II plays a large role in the day to day operations of the Republic and relies upon diplomatic relations to establish additional crucial pieces of legislature. The most active ministry during the Establishment Era is the Ministry of Foreign Affairs, conducting intermicronational talks and agreements. As of September 2021, Avalonia does not have a ratified constitution. Avalonia still maintains an active military and law enforcement presence, including the operation of the AAF (AIF, ANF, ACF, and ATAC), SIA, SCA, and PHG. On September 24, the Republic of Avalonia's Ministry of the Interior, Ministry of Commerce and Office of the President released the Fisical Year Purchase Plan for the State.[1]

The Republic of Avalonia stresses its adherence to universally recognized principles of international law, recognizes the principle of inviolability of borders, and guarantees political, cultural, human, civil, and ethnic community rights.

The Republic of Avalonia is a Semi-Democratic Constitutional Autocracy. The Government of Avalonia consists of the President, First Minister, and the Council of State. The First Minister presides over the Council of State, which is composed of 7 Ministers from the Ministries of Foreign Affairs, Defense, Treasury and Finance, Interior, Commerce, Justice, and Culture. Ministers, as well as the First Minister, are elected officials. Elections take place once every 3 years for these positions. The President retains the position indefinitely, and has the power to autonomously rule the state and the government. On 26 November 2021, the Ministry of Culture was established, with James II appointing incumbent Ieva D., notable for her work as a Lithuanian diplomat and culture and foreign affairs ambassador in Chicago, to serve as Minister of Culture. 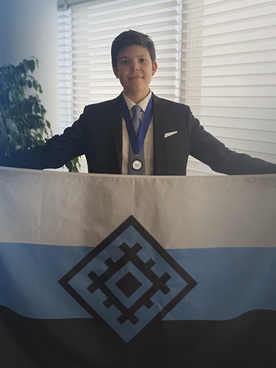 The Republic of Avalonia uses a Unitary System of governmental organization. All government and state decisions are made by the President and the Council of State. Ministers are given equal power to pass legislature in their respective fields, but the President has the ability to veto or pass a piece of legislature, law, or policy independently from the Council of State via an executive order. The President also retains the ability to appoint or remove ministers by personal discretion, regardless of election results.

Despite the fact that the Republic of Avalonia is formally known as a Constitutional Liberal Autocracy, the Republic of Avalonia uses a semi-democratic unitary system of government. The highest chamber of parliament, the Council of State, is comprised of elected ministers. Regions that are incorporated into the Republic of Avalonia are represented by the lower chamber of parliament, the Avalonian Regional Assembly, through which regional Representatives are also elected officials. This allows for greater representation and citizen involvement in the functions of the government. Avalonia also guarantees civil liberties, personal freedom, freedom of expression, and the creation of civil society, and is generally described as a politically progressive nation.

The Avalonian judicial system is overseen and operated by the Ministry of Justice, headed by the Minister of Justice. Laws are enforced according to the Constitution of Avalonia. Despite this, the President has the final decision when enforcing or trying cases. There is no law enforcement organization within the Republic of Avalonia, and all peacekeeping and general law enforcement duties are carried out by Avalonia's paramilitary organization, the Avalonian Armed Forces. However, Avalonia has two law enforcement administrations that are separate entities from the AAF: the SIA and the SCA. These administrations are overseen by the Ministry of Defense.

The Republic of Avalonia's State Customs Administration is the state-run and organized customs and border security agency. With heightened tensions on Avalonia's Eastern Border of the Northern Subdivision, the SCA regularly operates organized border patrol operations in conjunction with the AIF for land patrols and the ANF for water patrols on the costal Southern Border.

Avalonia is friendly and open to all communications and discussions with other nations. The Minister of Foreign Affairs and the President oversee all foreign relations matters.

The Republic of Avalonia's Ministry of Foreign Affairs only recognizes the sovereignty of micronations, states, territories, and jurisdictions of micronations that have legal and physical ownership or access to their declared land. In order to recognize a land claim, micronations must have the legal freedom to develop, improve, and demolish infrastructure, operate on the land freely, and use the land legally without impediment. This classification excludes micronations who have a land claim of an unclaimed territory (such as sections of Antarctica or sections of planets), simulationist nations, and virtual micronations. 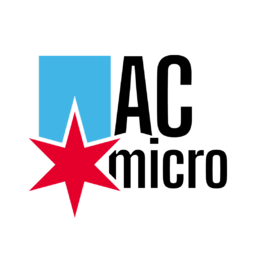 The paramilitary organization of the Republic of Avalonia is comprised of the Avalonian Armed Forces (AAF). The Avalonian Armed Forces is led by the Commander in Chief, the incumbent President, James II, in collaboration with the Ministry of Defense. The AAF is divided into three subdivisions, the Infantry Force (AIF), the Naval Force (ANF), and the Cybersecurity Force (ACF). Both the AIF and ANF subdivisions are stationed at Fort Avalon, within the Capital, the City of Avalon. Fort Avalon also serves as the primary training facility for the AIF and the ANF, with advanced terrain infantry training capabilities, and naval training capabilities. The Avalonian Naval Division has one vessel currently in service and ready to deploy. The ACF operates out of the Administrative Office, an enclave located within Chicago. Plans for the Avalonian Tactical Air Command (ATAC) are in the works and are planning to acquire surveillance drone technology.

No designated ranking structure. Headed by the Department of Defense.

No designated ranking structure. Headed by the Department of Defense.

Situated in both Illinois and Wisconsin, the Republic of Avalonia's climate consists of varied weather, from 15 °F in the winter, to over 85 °F in the summer. Avalonia has four seasons, similar to much of the continental United States. Natural disasters are rare. Despite this, the water level on the coast of the City of Avalon has been steadily rising. 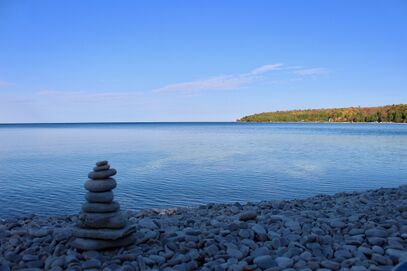