The Cupertino Earth Week Clean Up, commonly known as the Cupertino Clean Up, is an upcoming event that is set to happen in 19–25 April 2020. 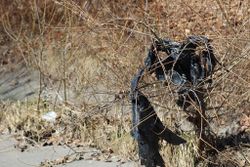 On 27 March 2020, Jayden Lycon took a walk on the Highland Creek to take shots of the river as well as SV Niantic for a featured picture attempt. He had only walked 100 meters, collecting garbage, when he had filled up his bag. He later sorted it out and recycled/threw it into the garbage.[1]

Members like Zabëlle Skye, William Efton and more are planned to participate in this event.

On 16 April 2020, on the advice from Toronto Public Health and Public Health England, the event was postponed indefinitely due to COVID-19.[4][5]