The Republic of Kirael, also more commonly known as just Kirael, was a micronation located within the country of Finland, located within northern Europe. Kirael was founded by Erkki, on 30 August 2020, and operates on the social media platform known as Discord. Kirael was characterized by a commitment to policies aimed at curbing inequality, eliminating oppression of underprivileged groups and eradicating poverty as well as support for universally accessible public services like care for the elderly, child care, education, health care and workers' compensation. These are the principles of social democracy. Kirael is officially recognized as a brick-mortar nation, with territorial claims consisting of legal property, owned by the leader and by a couple citizens.

The Republic of Kirael started off as a capitalist nation, and then became socialist 19 October 2020. Recently as of writing this, Kirael has once more updated its economical status back to its original form.

As mentioned earlier, Kirael operates on Discord since they do not have the resources to maintain a government anywhere else. However, the Republic of Kirael does in fact, have territorial claims which are primarily land legally owned by the leader or a select few citizens who have allowed the Republic to claim their territory as it's own de-jure land.

The nation started off small, like many others, and then suddenly started growing rapidly. Kirael got much support from allies and larger nations, which was one of the main reasons of the rapid growth. Advertisements in servers was also a key to gain members.

So far in it's history Kirael's diplomatic interaction with other nations has been steadily increasing, and a lot of inner reformations have been made; such as re-elections, establishment of a parliament, forming a proper cabinet, new political parties etc. With new institutions and organisations established in Kirael, the government is taking further steps to make the workings of the nation free from simulationism.

Kirael was also once a part of the Progressive Association, but left due to inner conflicts between another association.

For most of Kirael's lifetime it has been a part of the LIN, and has gotten support from them as well.

These are the main events of the history so far.

As it says in the country name, the nation is a republic, with a chancellor, making certain decisions and giving ideas which will be passed to an election or a voting poll, and a vice chancellor who is in charge of the nation if the leader cannot access Discord at the time for example. The vice chancellor can make larger decisions together with the chancellor. Of course, all citizens have the democratic privileges of voting on certain decisions as well. There is a cabinet (consists of the Prime Minister, Minister of Education, Minister of Foreign Affairs etc.).

The government currently has four different political parties. The Social Democratic Party, Christian Democratic Party, The International Party and the Confederation of Kiraelian Anarchists and Libertarians. The descriptions are below:

The Confederation of Kiraelian anarchists and libertarians is represented by the politician Emberglow. Its ideologies are Libertarian socialism, Minarcho Socialism, Syndicalism, Feminism, Anarchist Communism, Libertarian Marxism and enviromentalism.

The Social Democrats are represented by Erkki Tšaikovsky. They stray for a society founded more by freedom, equality and solidarity. They think that each individual contributes to their own well being and common welfare. Justice is generated by the balance between rights and responsibility.

The Christian Democrats are represented by the politician Pohjan Poika. In practice, Christian democracy is often considered centre-right on cultural, social and moral issues, but centre-left "with respect to economic and labor issues, civil rights, and foreign policy" as well as the environment. Christian democrats support a social market economy.

The assembly's members are part of political parties, and through the assembly's decisions they try to make the country more according to their own representing ideology. This is another element of democracy in Kirael.

Kirael has also agreed upon the standards of the Edgbaston Convention, as well as the Wrythe convention, meaning Kirael stepping further into professionalism. They also signed the Libertas Convention to be an accepted member state of the League of Independent Nations (LIN).

The Republic of Kirael does have a court room, although it isn't used very often. If though, there was a hypothetical case that would have to be solved, the people in charge of the nation would look into it and question the accused person. If they make a conclusion that there were false accusations against the person being accused, they will look further into it, as expected. The court trials are pretty generic, but there might be some differences considering the fact that it works digitally.

Reasons for punishments can be: not abiding by the country laws, insulting the sovereignty of Kirael, causing unnecessary trouble and noise or just generally behaving unacceptably. Different punishments can be: server mute, political restrictions, having to do something extra, being kicked out of the server, or in the worst case getting restricted from entering the country in the future.

Kirael is also part of the League of Independent Nations, the Roosevelt Congress, the New Micronations Internationale, the Nordic Confederation, East Coast Treaty Organization, The Pan-Leftist Unification Movement and has rejoined the Progressive Association.

The government doesn't use a military since it operates on Discord, but there are however server moderators who can take care of the conflict in the server if someone behaves unacceptably.

There are three official languages, which are: English, Finnish and Swedish. English is most commonly spoken. 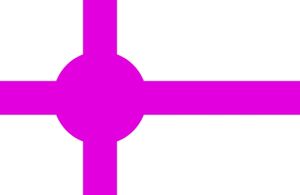 The First Flag of Kirael 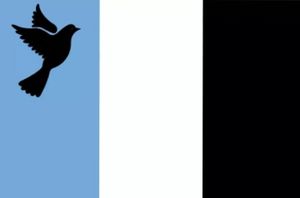 The Second Flag of Kirael 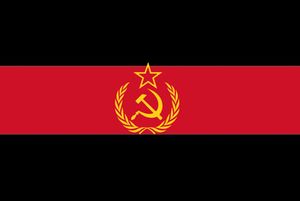 The Third Flag of Kirael 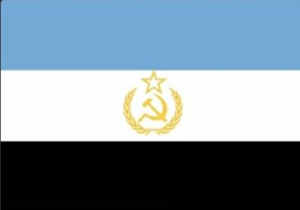 The Fourth flag of Kirael 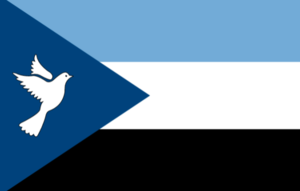