From MicroWiki, the free micronational encyclopædia
(Redirected from Corollia)
Jump to navigation Jump to search

Corollia, officially the Grand Duchy of Corollia, (German: Großherzogtum Creland) is a self-proclaimed state located on Elephant Island in Antarctica. It was established on 11 November 2019. As of 2021, it has no permanent population, but it has 12 online citizens.

The Duchy of Corollia was established at November 11, 2019. Now Corollia is in development.

In February 2021, Corollia was invited to the Progressive Association and became a full-fledged member.

On January 13, 2022, Corollia became a part of the League of Independent States and also became a member of The Assembly.

The first and current Duke of Corollia is Elijah.

The Prime minister is Gregory Blue. 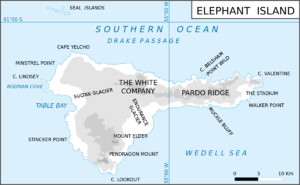 A map of Elephant Island.

Corollia is located on the tip of Antarctica upon Elephant Island. Island size is 27x47 kilometers.

The weather is normally foggy with much snow. As soon as Corollia is a part of Antarctica, the weather here is usually cold.

The national motto of Corollia is "Freedom And Peace".

The national anthem of Corollia is "I Vow To Thee My Country" by Gustav Holst.

Corollian national animal is a penguin.

Corollia also has a Microcode: DC (but the regional Microcode of Rowett Island is RI) 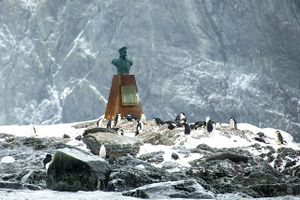 A bust of Captain Luis Pardo Villalón on Point Wild.

The bust of Captain Luis Pardo Villalón is located at the east north side of Corollia, at New Farlands realm.

This is so far the only monument in Corollia. 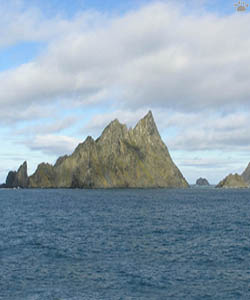 Rowett Island is a tiny rocky island at the south of Corollia. It is the only corollian Realm that is not located on the Elephant Island.

On November 2020, Corollian government posted a survey in r/micronations subreddit, asking users' opinion about Corollia. 16 people took a part in a survey, of which 12 said Corollia is a good nation, and 4 said it is a bad nation.