From MicroWiki, the free micronational encyclopædia
(Redirected from New Athens)
Jump to navigation Jump to search

Citizenship is granted at the discretion of the King. Anyone may petition for citizenship at any time by filling out this short form.

The name of the Free Nation of New Athens has two parts. The first part being "the Free Nation" and the second being "New Athens." "The Free Nation" was chosen because the nation was founded on the principle of Liberty and it will serve as a constant reminder of this. "New Athens" was inspired by the city of Athens, Georgia. It is among the founders' favorite places to visit and many see it as a symbol of freedom.

Before declaring independence, the would-be citizens were living in Cobb County, where city ordinances had been passed that allowed the government to control the living situations of individuals, even on private property. Specifically, Cobb County Ordinance Sec. 134-1,[1] which was forcing citizens of Cobb County into high-cost housing and preventing them from exploring other options. The would-be founders, along with many other citizens of the county saw this as a terrible violation of civil liberties and an overreach of government. As a result, they were forced to explore other options and eventually concluded that the ideal course of action was to declare independence. Thus, the Free Nation of New Athens was born.

The Free Nation of New Athens currently claims 6 areas of land, each its own governed province, and one territory.

The government of the Free Nation of New Athens is a constitutional monarchy and direct democracy. All citizens may attend legislative meetings and maintain full voting powers. All citizens may propose legislation to be discussed, voted on, or both.

Organization Chart of New Athens as of March 1, 2022

The King, currently Tyler Mullins, reigns within the bounds outlined in The Constitution. The King oversees all government matters, excluding parliament, and has the authority to formally represent The Free Nation of New Athens with plenipotentiary powers. He has the power to appoint all government positions, excluding positions within the Monarchy and The Speaker of the People, and manufacture new positions as needed. Citizenship is granted and revoked at the discretion of The King. Along with the Grand Ambassador, the King must sign all binding diplomatic agreements. The King keeps records of all territorial claims. The King oversees the national treasury.

The Grand Ambassador, currently Lord Tyler Wilson, represents the Free Nation of New Athens with full plenipotentiary powers and may appoint deputy ambassadors to assist them. The Grand Ambassador must sign all binding diplomatic agreements.

The Chief Justice, currently Dylan Ray, determines the constitutionality of all proposed laws, oversees the Department of Justice, and presides over all legal courts.

The Grand Archivist, currently Jackson Pool, oversees the preservation of all documents and items of historical significance pertaining to New Athens.

Speaker of the People

The Speaker of the People, currently Gary Pu, is elected annually on March 1 to preside over parliament as an impartial, non-partisan individual.

The Monarchy of the Free Nation of New Athens includes an established hierarchy for titles of nobility and chivalry. Titles are granted permanently and are only revoked in the case of extreme circumstances, though no titles have ever been revoked.

In addition to being granted by the King as a reward for merit, the following titles, excluding Knighthood, can also be purchased by anyone at the national shop.
All titles come with a guarantee of citizenship.

Medals of honor and merit 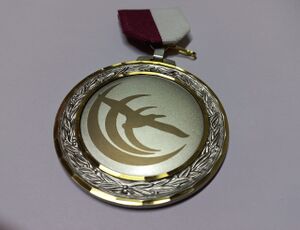 A photo of the Medal of the Flying Albatross.

Digital ribbon bar of the Medal of the Flying Albatross, designed by Dhrubajyoti Roy.

Medals are specially granted to individuals who provide exemplary service to New Athens. The Medal of the Flying Albatross is typically given out for this purpose. It is New Athens's highest award and has been given to three individuals.

Below is a list of all nations that have signed a Mutual Recognition Treaty with New Athens.

Below is a list of all nations that only share Mutual Recognition with New Athens through a convention.

New Athens has two main fundraising streams and three registered businesses. All funds raised go directly to the national treasury account, not any member of government.

Aluminum is collected by citizens and sold to private recycling companies located in the United States. 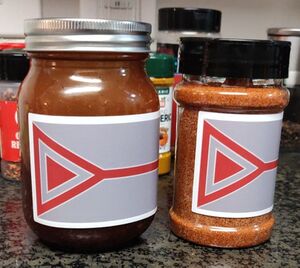 Barbecue rubs and sauces are the main exports of New Athens. Members of the royal family competed in backyard and professional-level barbecue competitions under the team name "Swine Dining BBQ" and were ranked top 10 in the professional bracket of the KCBS in chicken, ribs, pork and brisket categories. The recipes for the rubs and sauces that are exported are the same that was used in competitions.

Below is a list of micronations that New Athens has engaged in trade with.

Micronations may be classified using many different systems, and many micronations have their own private systems to distinguish between micronations. 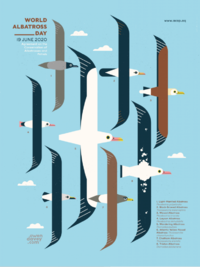 The Original Flag / The Founding Flag (Retired) Designed by our King, The Original Flag, also known as The Founding Flag was the first national flag. It is no longer the official national flag but can represent the nation regardless. The Original Flag depicts a cherry red dot in the center, surrounded by a cherry red lambda, on a battleship gray background. The cherry-red lambda in the center of the flag represents Liberty. The cherry-red dot inside the lambda represents Brotherhood. It is in the center because brotherhood should be at the center of all citizen relationships. The battleship gray background surrounding the lambda represents Solidarity. The symbol of solidarity reminds the citizens to persevere on the path of Liberty even when surrounded by adversity.

The Triangle Flag (Current) The Triangle Flag is the current official national flag and was designed about a month and a half after the nation's founding when some of the citizens commented that the Original Flag looked boring. It was also designed by our King. It depicts a hollow cherry red equilateral triangle that contains another smaller solid cherry red equilateral triangle. The outside triangle represents Liberty. The interior triangle represents Brotherhood. The line extending from the point of the triangles represents the unity of the provinces. The triangles and stripe are outlined with silver. The battleship gray sections represent Solidarity. An equilateral triangle was selected as the chief symbol as it is the strongest geometric shape and is a popular vexillological symbol.