Saspearian (sus-spe-re-an) is a self-declared sovereign country that currently is not recognized by any UN Member States thus being considered as a micronation by external observers, which was founded on 20 October 2017 by its first and current emperor, Anthony I. Saspearian's land claims are landlocked and are contiguously located in the North American Continent, with the land being surrounded by the United States of America, specifically the states of Texas, Missouri and Illinois. The nation's land claims are estimated to be more than 22 acres and consist of two provinces, and two territories, with the nation's capital and largest city being Unueco.

The government system was formerly functioning under a legislative body known as the Saspearian Congress and as an Absolute Monarchy, since the Emperor had absolute power over all aspects of the nation. But is now considered to be an Constitutional Monarchy since the adoption of the Saspearian Constitution on 16 January 2021. Saspearian has a territorial population of 2 with the total number of citizens being 17. Saspearian's currency is the US Dollar, the national animal is the Red Jay, the national plant is the Bluebonnet, and the national dish is Frito Pie. Saspearian has no state religion or state languages. Despite the country not having a state language, English is predominantly spoken, Esperanto is also spoken. Saspearian is very diplomatically active since the nation is involved in multiple micronational organisations such as the Grand Unified Micronational, the Cupertino Alliance, and the Micronational Assembly. In addition, Saspearian has signed over 20+ treaties of mutual recognition with other micronations.

Saspearian observes Central Standard Time during most of the year, with Daylight Saving Time being observed for the remainder of the year. Saspearian is classified as "Brick and Mortar, Small, Statehood", 5th World according to the Boodlesmythe-Tallini System of Classification. The nation was formerly a part of the Google+ sector before the platform's discontinuation and is considered to be a part of the MicroWiki Sector.

Long before the Europeans colonized America and before Saspearian was established, the area that Mainland Saspearian is located in was inhabited by Native Americans such as the Tonkawa and Comanche. The land eventually became part of the Spanish Empire, then the First Mexican Empire would take control of what is now modern-day Saspearian. In the 19th century Texas wanted to become a country, and rebelled against Mexico in what is known as the Texan Revolution. Texas eventually emerged as the victor in the conflict and became known as the Republic of Texas for nearly a decade. Then the United States of America annexed Texas, and Texas became a state. The land became a part of the Confederacy during the American Civil War after the civil war ended the land was given back to America. In 2016, Emperor Anthony I had the idea of establishing a country due to the possibility of a Second American Civil War, due to the political tensions during this time and making the world a better place. In 2017 the idea of Saspearian was first implemented ending the Pre-Establishment Era. 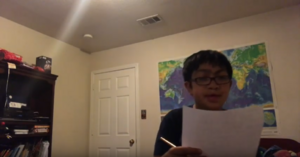 Emperor Anthony I addressing the Saspearian Declaration of Independence.

This era is defined as starting after Emperor Anthony I was inaugurated as the Emperor on 20 October 2017, establishing central leadership over the country to the Saspearian Constitution going into effect on 16 January 2021. Throughout this period, Saspearian has gained many allies and saw the dissolution of other micronations. Earlier in the era, the country as a whole got involved in the community by joining micronational organisations such as the Micronational Assembly and the United Micronations on Google+. In November 2017, Saspearian was offered land by Andramna in Pennsylvania which is said to have been around 20-38 acres however it was never officially annexed by Saspearian. Eventually, Saspearian's land expanded after the annexation of the Backyard Territory in July 2018, in an event known as the first expansion. On 2 December 2017, Logejo Province was established, becoming the first province of Saspearian. In February 2018, Astain was kicked out of the MA due to the nation claiming areas far from mainland Astain, Emperor Anthony I was outraged by the feedback that Astain was receiving from certain members of the community. Saspearian also was kicked out of the Micronational Assembly, due to the small land of the Micronation being against the rules. Examples of allies include Astain, Yaskiule, and the Carthian Empire. On 8 May 2018, the Ratican Empire declared war on Saspearian, only a few days later Ratica called to end the war due to the distance of both countries, as the Ratican Empire was located in New York and Saspearian being located in Texas, then on 29 May 2018 the Treaty of Bedlamsan signed which affectingly ended the Ratican-Saspearian War, and the Ratican Empire granted Saspearian an island, in similarity to an earlier land grant by Andramna, the deal wasn't mutually agreed upon. Another notable event that happened at relatively the same time is the annexation of the Backyard Territory also known as the first expansion, which was Saspearian expanding its land for the first time in the desire to start an industry, boost economic development and development in general within the country. In early 2019 Gabriel Hackman offered territory roughly one acre in the US State of Illinois, the offer would be in negotiation until March 2019, when the offer closed due to Saspearian becoming a Member State of the Micronational Assembly, as that was his intention. Then on 20 February 2019, the Kalliergo I Mission was launched by the Saspearian Government as the maiden mission of the Kalliergo program that's goal is to successfully grow peaches in Saspearian, the mission is considered to be ongoing as of September 2020. 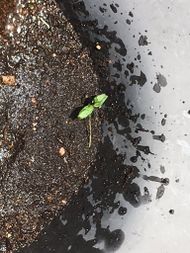 Peach Plant in the Backyard Territory, circa 2019

In March of 2019, Jaiden Diaz became the second citizen, marking the end of the country having only one citizen, Saspearian also became a member state of the Micronational Assembly again after being kicked out of the organization. On 11 August 2019, Saspearian joined the Grand Unified Micronational or commonly referred to as the GUM as an observer state. Saspearian supposedly annexed land again in Washington which would be known as the Renkema colony in August 2019 as approved upon by the Sedro-Woolley Accords, Renkema Colony was named after the third citizen "Xander Renkema" who had offered a land annexation. "Xander Renkema" was later found out to be Nicolas Miranda of The Autonomous Province of Senland. This series of events was known as the Xander Renkema Incident. On 3 November 2019, the Saspearian Flag Contest which started in March of the same year received enough submissions for the contest to end. The reason for the contest's longevity was that the lack of submissions that delayed the last day to submit to the contest was said to have been on 1 November 2019, even though it had to have been no later than October 31 of that same year. On 14 March 2020 Saspearian declared a Public Health Emergency after two cases of COVID-19 were reported nearby its borders.[1] The Saspearian Coat of Arms Contest began on 24 April 2020, to create Saspearian's Coat of Arms, the contest concluded on 29 May 2020.[2] On 2 June 2020, Saspearian's candidacy for the MA Council Election of July 2020 was announced, then on 29 June 2020, Emperor Anthony I gave a speech regarding Saspearian's campaign for MA Councilman. In the speech Anthony, I discussed the events that the MA has faced within the past year or so and the policies that he is willing to implement if elected. On 30 July 2020, the results were announced and Saspearian had lost the election at 6th place with 9 (40.9%) votes. On 20 August 2020, Saspearian was admitted as a full member state of the Cupertino Alliance. In September 2020, Anthony I announced on the Saspearian Discord Server that he would consider changing the government system within the next few months or so. On 26 September 2020, Saspearian's total number of citizens grew from 9 to 12 citizens, also on that same day, Saspearian annexed Owens Province, which is located in Missouri and borders the micronation of Espére.[3] On 23 October 2020, Emperor Anthony I made a statement on the Saspearian Discord Server in a response to the Tungsten-MACP War, stating "Saspearian will not intervene in the Tungsten-MACP War as according to the non-interventionism doctrine under Emperor Anthony I unless further action is necessary for the consensus of the Emperor."[4] On 1 November 2020, Anthony I officialized the decision to reform the government system of Saspearian from an Absolute Monarchy to a Constitutional Monarchy beginning with the inaugural drafting of the Saspearian Consitution. Which is expected to go into effect sometime during January 2021.[5] In similarity to the drafting of the Saspearian Constitution during this same time period, Emperor Anthony I signed the SIA Act on 18 December 2020 which establishes the Saspearian Intelligence Agency, which was set to go into effect on 15 January 2021, thus decisively changing the Government of Saspearian in advance.[6] Then on 31 December 2020, Anthony I signed the Saspearian Constitution after a series of the drafts of the document, which was set to go into effect on 16 January 2021. On 15 January 2021, Jackie Owens was appointed as the Director of the SIA. Then on 16 January 2021, the Saspearian Constitution went into effect, concluding the Emperor Anthony I Era.

Saspearian's government system officially became a Constitutional Monarchy following the Saspearian Constitution going into effect on 16 January 2021. The 2021 Saspearian General Election was held from 22-24 January 2021. In March 2021, Saspeariard Illinois was captured during the Great Des Plaines Valley War, the government has since responded, with Parliament unanimously supporting Wegmat. In addition, in June 2021, Emperor Anthony I established the Saspearian Army as the Commander-in-Chief.

Logejo Province and the Backyard Territory climate, or simply referred to as mainland Saspearian typically has very humid weather during the spring and summer months with temperatures rising to as high as triple-digit weather in Fahrenheit, and has mildly cold weather during the Autumn and Winter seasons. Mainland Saspearian is located in a humid subtropical climate, the climate is in the Cfa zone under the Köppen climate classification.

Saspearian is considered to be a neutral nation with non-interventionism in micronational conflicts unless a nation poses a threat to Saspearian under the doctrine of Emperor Anthony I and is rarely involved in wars. Saspearian is most willing to enter diplomatic relations with a nation that has enforcement over land claims, isn't fictional, and doesn't violate human rights. Saspearian recognizes all UN Member and Observer States and Taiwan as Countries. Saspearian is involved in multiple micronational organisations including the Grand Unified Micronational, the Cupertino Alliance, and the Micronational Assembly. Additionally, Saspearian was formerly a part of the now-defunct Google+ Sector, today the nation is now a part of certain micronational spheres, most notably the MicroWiki Sector and Discord Sector.

The nation of Saspearian has foreign relations with the following nations:

Notable Organisations that Saspearian is involved in.

Logejo and The Backyard Territory are located in relatively hilly terrain. 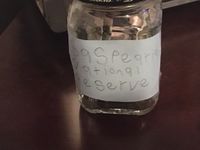 The economy of Saspearian is based on the US Dollar as the currency and is operated on mostly government-owned companies, with Unueco, Saspearian being the 'news capital' as SBC News is headquartered in Unueco. The Saspearian National Reserve was established on 14 December 2020, which provides funds for government lead initiatives.[20]

Frito Pie is the national dish of Saspearian. Which is popular in the American South, West, and the Midwest. It's said to of originated from the US state of Texas. The dish primarily consists of Fritos and Chili, and is topped with certain ingredients such as Shredded Cheese and Jalepeños.

The only media outlet that operates as a media network for Saspearian is the Saspearian Broadcasting Company (shortened as "SBC"), which is headquartered in Unueco, Saspearian.

Saspearian observes (Daylight Saving Time) UTC-06:00 for most of the year with (Standard Time) UTC-05:00 being observed for the remainder of the year. The date format is in the month, day, and year of the Gregorian Calendar.