From MicroWiki, the free micronational encyclopædia
(Redirected from Surdam)
Jump to navigation Jump to search

The Republic of Surdam, more often referred to simply as Surdam, is a micronation mostly located in US state of Wyoming. Surdam was founded on on 17 July 2017, establishing the republic that is known today. Surdam has two presidents and two vice Presidents running the nation with many governors and mayors across states and towns. Surdam has a population of 34 and uses the stable Surdamian mark as its currency. Surdam is a relatively agricultural and somewhat isolated nation, how ever this has not stoped the nation from being a regional power and hold important positions in international organizations. The country's official language is English, with Spanish as a secondary official language. French and Chinese are recognized regional languages, and are the least spoken within the country. The four largest cities in Surdam are Jackson City, Little Rapids City, Palms Beach, and Creek City. Jackson City is the official capital of Surdam and the most populous.

On 17 July 2017, Mr. Caldwell and Mr. Surdam declared Surdam an independent nation separate from the United States. This officially established the Republic of Surdam starting the young nation that will grow for years to come. Following the declaration Mr. Surdam said, "This nation is going be a glorious land where the people's freedom will never be taken away!". Following this, Mr. Caldwell began putting in place little details such as appointing the Blue Jay as the national bird and the Surdamian mark as the currency. Mr. Caldwell designated Jackson City to be the Republic of Surdam's capital as that was were the nation was founded.

New Wyoming was established on 15 May 2018 after claiming new territory in southern Wyoming. This started the ongoing idea in Surdam that Surdam is destined to control all neighboring nations near New Wyoming, known as the Surdamian Destiny. A few months after the founding of New Wyoming, The Field War broke out on June 1, 2018 between the Republic of Surdam and a group of mercenaries know as the 01 Mercenaries. After 2 weeks of fighting the Republic of Surdam had prevailed against the mercenaries and peace negotiations were conducted in New Wyoming. The rocket Riptide was launched by the Surdamian Space Agency in 2019 as the Surdam's first space mission, and the mission was a success. In 2020 tensions were rising in the Trench River Valley after Surdam had just claimed all of it and started to settle it. The Field Natives were a group of people native to the Trench River Valley, they despised Surdam and ambushed a Surdamian Infantry Unit at a basketball court inside the valley. The Battle of Basketball Court was won by the Surdamian after this attack in 2020, the battle lasted around thirty minutes to an hour.

The Pacific Territory was established on 10 August 2020 when President Caldwell claimed land by the Pacific for Surdam, this made Surdam have sea access and grow its navy. The SPK (Surdamian Peace Keepers) was established to help with the safety of Surdam's residents and lock up criminals. The Great Stair Case and Lake Lane were discovered on 8 May 2021, these were very interesting archaeological and geological finds for the nation. Surdam's first national park, Lake Beau National Park, was established on 7 July 2021. Surdam declared war on the Grand Republic of Kapreburg on Sunday on 11 July 8:00 p.m. MDT, following the invasion of a Kapreburg land. The 1st Infantry Regiment was mobilized and guarded the Kapresh territory of Clarkville from any rebels wanting to invade it. Surdam formally withdrew from the Kapresh Civil War on 27 July seeing how it was not a war for Surdam to carry on and that Clarkville had no threat. Surdamian Peoples Management was founded on 17 August 2021 with the goal of providing jobs to residents mainly with mining and maintenance.

Horse Town and Rose Creek formally joined the Republic of Surdam the same day on 19 September 2021 as the two newest states of Surdam. The national railway company for Surdam, Union Blue was created on 26 September 2021 to assist in the delivery of people and freight across Surdam. Around January of 2021 the Surdamian Government Council approved plans to develop sustainable energy for the country, the project approved of hydropower, wind power, and solar power to all be used in the future, with hydropower being the most likely option. Surdam established its second national park, Small Rock Island National Park, on 8 March 2022. A demilitarized zone was established on the border between the Republic of Surdam and The Rose Kingdom on 6 April. On 17 June 2022, 6:30 pm, the Republic of Surdam invaded Kalibi starting The Pine Tree War. After a month of fighting, the war ended with Surdam winning the Pine Tree War against Kalibi on 12 August 2022.

On 14 August, Little Field was annexed as a territory, following just a week later the Snake River Territory was annexed. On 2 September 2022, Surdam founded the Rocky Mountain Trade Alliance (RMTA) this was done to make trade easier and better in Surdam's sphere of influence. On 10 November 2022 the Sloan Lake Territory was annexed giving Surdam naval access to one of the largest lakes near it. On 28 November, due to the recent 2022 eruption of Mauna Loa, President Caldwell ordered a high alert for the sate of the Pacific Territory, and citizens were being told incase the lava flows towards the state, where to go. The high alert officially stopped on 13 December 2022 after the eruption died down. On 8 December 2022, the Bureau of Geology Archeology and Paleontology or BGAP was created to be in charge of all geological, archeological, and paleontological affairs in Surdam. On 5 January 2023 the Centennial Summit was held between Surdam and Soshallia. The meeting saw the signing of two treaties between the nations the first being a treaty officially ratifying a military alliance between the nations, and the second was the splitting of the Centennial Hill Territory between the two nations. This caused the founding and annexation of the West Centennial Hill Territory on the same day. On 14 January 2023 Surdam's national airline, Surdamian Airlines, was founded. On 3 February 2023 Surdam News was replaced with the organization NSBC. 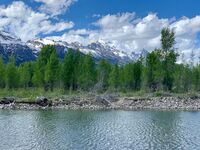 A forest in the Snake River Territory with the Tetons behind it.

Surdam has a legislature to make sure the people's voices are heard in government. Each state and major government wing currently has one representative in the Surdamian Government Council, representatives do the voting for propositions presented to the council.

Political parties are banned in Surdam, this is do to political parties going against the Constitution of Surdam. This is done to prevent any political strife within the nation to keep stability and cooperation at the high at all times.

Surdam's economy is a capitalist economy with many businesses sprawling within the country. Surdam's main industries are based on farming, fishing, and lumber making Surdam a more agricultural country. Surdam's official currency is the Surdamian mark, when the Surdamian Mark was made it was equivalent to around 0.75 cents in USD but due to US inflation, 1 Surdamian Mark is worth roughly around 0.91 US cents.

Surdam's land claims in the NorthWest and Midwest are prone to blizzards and snow in the winter, as well as scorching summers. Northwestern and Midwestern states such as Jackson City, New Wyoming, and Rose Creek usually have rivers flowing in the Summer, such as Little Fox River, Rose Creek, and the Trench River. The Pacific Territory has one season all year (summer) and tropical storms every now and then.

The Republic of Surdam has many government bureaus and branches, this could range from a police force to geology. Surdam's police force and intelligence agency, the SPK or the Surdamian Peace Keepers, is mostly employed to gather information on criminals. The SPM, or Surdamian Peoples Management was established to provide work for Surdam's residents. The SPM helps repair and manage most of Surdam's airports, mines, and other services. The Bureau of Finances (BF) runs all national banks within Surdam and prints banknotes for the nation. The Surdamian Space Agency is the national space agency (More info in Military and space program). The BGAP is in control of all geology, archeology, and paleontology affairs in Surdam, BGAP has studied and protected numerous artifacts, rock samples, and fossils that has contributed to the history of Surdam.

There are many companies within in Surdam, some are national and others are private. Surdam's nation railroad company, Union Blue (UB) controls all of Surdam's railroads and trains. UB helps move cargo and passengers around the states. Surdam's national airline, Surdamian Airlines (SA) helps keep Surdam connected by flight. The airline has flights run across the nation for people, and help ship some cargo as well. 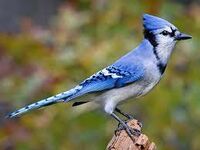 The national bird of Surdam, the Blue Jay 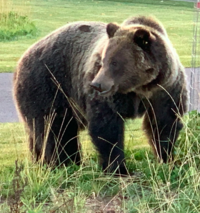 The national animal of Surdam, the Grizzly bear (Photo taken in Jackson City)

Surdam is open to diplomacy to most nations, but Surdam no longer will establish any new alliances with nations outside the Rocky Mountains (with some exceptions). Surdam has a zero tolerance for any communist nations, Surdam will not work with or set up any diplomacy with communist nations. If you wish to establish communication with the nation of Surdam, you may contact the government via email.

Surdam has official relations with these nations:

Surdam has unofficial relations with these nations:

Surdam recognizes these nations but has no relations:

The Surdamian Military consists of 10 troops, four naval ships, two drones, and one glider. The Army, Air Force, Navy, and Marines are the four branches of the Surdamian military. Each branch has received extensive training in combat tactics, outdoor survival, and other topics. Surdam's military is the country's primary defense force, and it will go to any length to safeguard the homeland. The military is a big within the Surdamian culture with around 1/3 of citizens being in it, the military is a very big source of pride for the nation. 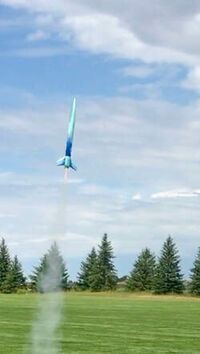 Surdam's official space program is the Surdamian Space Agency (SSA), has launched several rockets. The headquarters of the SSA are in New Wyoming. It has lately established an astronomy branch and an observatory in the Pacific.