From MicroWiki, the free micronational encyclopædia
(Redirected from Jackson I)
Jump to navigation Jump to search

Jackson I (born Jack Ryan Morris, 15 March 2007) is the King of the Empire of Kapreburg. In Ikonia, he is the Duke of Crystal.

Jackson I was born in on 15 March 2007 in Palos Heights, Illinois. He currently is attending high school, and will graduate in 2025.

Jackson I is very interested in composing, playing, and listening to music. He currently plays percussion in his high school's band, and is also a side drummer in the Stockyard Kilty Band. He has played percussion since 5th grade, and is most knolwedgable in percussion. At home he plays guitar and fife. Mostly, he plays folk music and marches, however is also interested in bossa nova. Outside of music, Jackson I is interested in micronationalism, religion, and men's fashion. He is involved with his local community, and church. He plans to petition to his local Masonic lodge upon his 18th birthday.

Main article: List of titles and honors of King Jackson I of Kapreburg

These are the ceremonial dress uniforms worn by Jackson I.

Jackson's first introduction to politics was the 2016 United States Presidential election. He began seriously studying politics around late 2018, and identifies as a part of the right. Around 2021 he began disassociating himself with politics, despite previously being very interested and active in the field. The reason he stated for leaving the community of politics was because the community is very "toxic". He has also stated that politicians only care about money, and that all democracy leads to corruption. 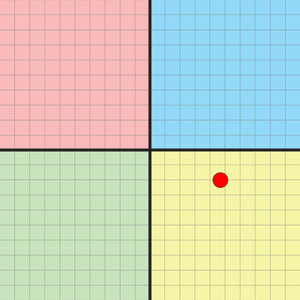 In Baustralia, Jackson is ranked as a Warrant officer in His Royal Navy, and holds the appointments of Bravo (Music) company warrant officer and drum major of HMS Promise (S5), and Warrant Officer of the Band of His Royal Navy. He ranks a Officer in the Most Excellent Order of the Baustralian Empire, and recipient of the King's Service Medal. He is also the Baustralian Ambassador to the Free Socialist State of Paloma. Additionally, he was the Gadus Principal King of Arms, and was responsible for genealogical, heraldic, and non-maritime vexillological matters.

Official portrait of His Excellency Jack Morris, Ambassador to Paloma

Jack's full title is His Excellency and Right Honourable Warrant officer Jack Ryan Morris, 1st Viscount of Englewood, in the County of Bouland, in the Colony of Wangatangia, Officer of the Most Excellent Order of the Baustralian Empire, Member of the Sovereign Order of Saint Chad, King's Service Medal, His Royal Navy, 4th Gadus Principal King of Arms, Ambassador to the Free Socialist State of Paloma, Bravo Company Warrant Officer and Drum Major, HMS Promise (S5), Warrant Officer of the Band of His Royal Navy.

He holds a coat of arms in Baustralia, and is blazoned as the following:

Jackson serves as the Duke of Crystal and Chief of Police in Ikonia.

Jackson first gained interest in Micronationalism through his brother, Ryan Walker. On 27 September 2012 he founded the Republic of Zekia.

Sometime in 2017 he founded the Protzkyan World Republic and in 2018 he founded Kapreburg.

In Riloia, Jackson served as the fourth Ambassador.

Jackson is very knowledgable in the study of heraldry, which he designs a lot. He has designed the vast majority of heraldry, vexillology and sigillography in Kapreburg and has also created ribbons for other micronations.