Jackson City is a state and the capital city of Surdam and seat of power of its Government. The Surdamian city is the historical and cultural centre of Surdam, being the site of its creation in 2017. It is also home to the capitol and first national park of Surdam.

Jackson City is named after the American town by it called Jackson Hole.

The area on which the city was built on once had been a place many AIndians came through. The Surdamian Government has conducted some archeology expeditions in the area and has found arrow heads and stone tools. Jackson City was also the site were the start of Surdam happened on 17 July 2017.

Jackson City was originally was the only state of Surdam, but as the country grew so did Jackson. It is home to some of the most historical sites in Surdam, and the presidents of Surdam are often here in the city.

The current Governor is Ron S. and the current mayor is Joy S.

The capitol building of Surdam is where once a year all the government members in Surdam meat and discuss about what to do for the country.

A small pond with some fish in it, on rare occasions snakes can be swimming across it.

Surdam Road is the only paved road in Surdam, it is used for transportation in Jackson city.

Teton Lookout Airport (TLA) is an airport located in the capital of Surdam. It is on of the two national airport in Surdam even though It is not used much but on the occasional flights passengers and cargo air vehicles fly in.

Deepest river in all of Surdam, it is a very important land mark in Surdam. Even though it dries up in the winters, in the springs and summers it is always flowing.

The tallest mountain in all of Surdam is estimated to be a 110 foot tall (Measured from base to peak). The Snake River Ridge is around 7 miles long from where it starts north of Jackson City to South of Jackson City. Surdam only claims around 850ft of this mighty landmark. 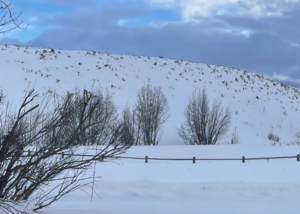 Snake River Ridge in the winter 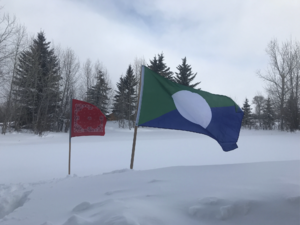 All areas of the city can be reached on foot in under ten minutes.