Hilbert dimension was founded to gain independence from Slovakia and become an independent country and is currently not recognized by any other country. The total area of Hilbert Dimension is 2408 m² (10,286 m² including territories and the Hilbertian Realm countries) and is divided into 7 regions, each with its own flag. The entire nation and the Hilbertian Realm is usually managed and governed from the territory of Central Universal Republic or consulate Nauriania.

There is only one state religion in the country - Pantheism.

To enter Hilbert Dimension, EU citizens must show their ID card upon arrival, for non-EU citizens a passport is required. All micronation passports are accepted. Citizens of some countries may need a visa to enter, which would be either an eVisa or visa on arrival.

The national food are sheep cheese potatoes. The national drink is black tea and the national animal is a guinea pig. The official anthem of Hilbert Dimension is an edited version of the song "Life of Birds" by Terry Devine-King.

The seat of the Hilbertian government is in Nauriania and the Central Universal Republic, however, government voting sessions are always held in Nauriania.

The land of Hilbert Dimension today was bought in the year 2004, later in the year 2010 construction of a house that would become Malaja in the future began. Hilbertian chronicle is a document where all important events are arranged in chronological order. This document is not available to the public. 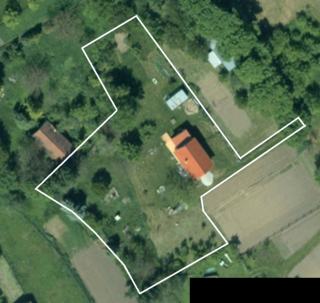 In Hilbert Dimension, there are 3 buildings, The largest of them is Malaja, the capital, and also the highest building in Hilbert Dimension at --- meters high. It is inhabited by the founders throughout the year. The second one is unimobunka, which is used to store materials and tools, among other things. The third one is kadibudka, which was used as a toilet before Malaja was built. It is just a decoration today. The highest building in the Hilbertian realm however is the Bespon building, at --- meters high.

Two rivers flows in Hilbert Dimension - Riava and Little Riava. Riava forms a border between the Higher plains region and Central region and flows through 4 regions in total. There are 3 lakes on Riava with 2 small pipe waterfalls between the 2 Lower Riava lakes. In the Higher plains region, the Angel lake is located, measuring 2,9 meters in diameter and has a maximum depth of 0,35 meters. The river then flows outside of the country but comes back to the Lower plains region, where the lowest point of Hilbert Dimension can be found (approximately 218 meters above sea level). Riava then flows into one of the three wells and continues underground.

The highest point of Hilbert Dimension is Mount Elbern - 223 meters above sea level. 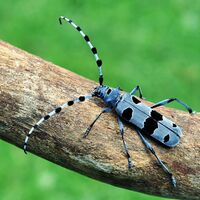 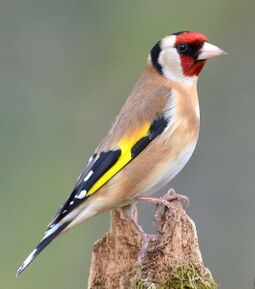 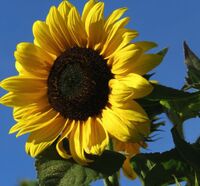 Sunflower is the national flower

Hilbert dimension is known for its biodiversity of both plants and animals. 100% of Hilbertian land and all animals are protected by law. The national animal of Hilbert Dimension is a guinea pig.

Other plants include Strawberry, Seaberry, Stonecrop, Kamchatka honeysuckle (mainly around the Riava river), Cattail, Thyme, and other herbs.

Largest groups of flowers in Hilbert Dimension: coneflower, sunflower, Rose, common daisy, and many other flowers that are grown artificially.

The official website of Hilbert Dimension is in its early stages (www.hilbertdimension.com). In the meantime, Microwiki is in use.

The HIlbertian Liberal Party (HLP) is a left-wing Hilbertian political party and also the only one in the country. It was founded on 8 April 2021, by Alex P, the party leader. It only has 1 member - Alex P (the current president). Alex P has been in the government since 23 November 2019 when Hilbert Dimension was founded, but back then he was an independent politician, as well as all other government members, who continue to be independent to this day.

The Republic of Hilbert Dimension protects all LGBTQ+ rights in its constitution. The current president Alex P is a member of the LGBTQ+ community himself. There is an LGBT flag collection in the Hilbertian country Central Universal Republic with a total of 27 flags.

The Hilbertian License plate is given to each vehicle (including cars, bikes, scooters...). It consists of a green and blue stripe on the left, which are the national colors, and includes the letters "HD" as short for Hilbert Dimension, with the national coat of arms on the top. The first 2 letters indicate the city in which the vehicle is registered, and the next 3 numbers and 2 letters are automatically generated. All cities that have their own license plate codes:

The industry of Hilbert Dimension mainly focuses on the production and manufacturing of raw materials, recycling and reselling of waste, sale of services, and souvenir items.

Clay is the only raw resource mined in Hilbert Dimension. It is first purified, cleaned, sand is removed, and finally dried and packaged. It is mainly mined in the Swamp region. 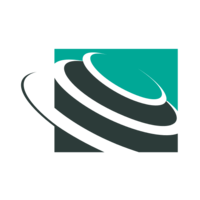 Aluminum is produced by collecting aluminum cans and other aluminum waste, melting, and casting them into ingots or rounds. Lead is the second metal produced. It is collected from old car batteries, cleaned, melted, and casted into ingots. Production of copper ingots is planned.

Souvenir items will be offered on the official website www.hilbertdimension.com

Hilbert Dimension also produces various chemicals and pure materials in small amounts, mainly gunpowder, fine coal powder, and sugar-based solid rocket fuel, which was used to power some Hilbertian rockets in the past

In Hilbert Dimension, solid-fuel rocket boosters were being developed. The rocket launchpad was located in the Central region. These rockets were made of PVC pipes and the rocket fuel was made out of sugar-based substance produced in Hilbert Dimension.

Lantea rocket: Lantea rocket was a rocket which used the L-1 solid-fuel booster engine. It was made of PVC pipe filled with R-1 rocket fuel. The last launch test (SN3 prototype's 2nd launchpad test) was conducted on January 17, 2021, and resulted in launching the rocket from the launchpad into the ground but marked the first uncontrolled flight. These tests were uploaded to the unofficial Hilbert Dimension YouTube channel Garden Chemistry.

The Republic of Hilbert Dimension currently maintains mutual recognition and has diplomatic relations with 12 micronations. 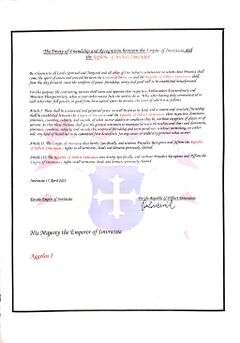 Treaty between Hilbert Dimension and Imvrassia 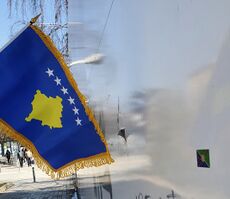 All recognized countries and the division and classification of territories: Hilbert Dimension's Political Recognition

Organizations of which Hilbert Dimension is a member:

Hilbert Dimension was one of the 2 founding members of the Union of Slovak Micronations, however, the organization has since been dissolved.

As previously states, to enter, EU citizens must show their ID card upon arrival, for non-EU citizens passport is required. All micronational passports are accepted and can get stamped upon arrival. Some countries need a visa to enter Hilbert Dimension. It's either an eVisa or visa on arrival. Passport stamps are offered for free. Currently, 123 nations (+5 territories) have visa-free access, 36 (+1 territory) have visa on arrival, and 32 have eVisa, and 6 nations have the eVisitor visa program (one nation on each continent).

Hilbert Dimension has one Hilbertian consulate in Slovakia located in Dúbravka, Bratislava. It is called Nauriania. It also has several other functions.

All foreign aircraft are banned from entering Hilbertian airspace. The only way to enter Hilbert Dimension is through the eastern border crossing.

The former country of Astaria rejoined Slovakia on --- 2022

All Hilbertian countries and territories apart from Ethos use the Euro as currency, while Ethos uses the British Pound.

In order to visit these countries and territories*, visitors have to fill in a visa application form for them or contact the Hilbertian consulate in Slovakia. No foreigners are allowed to visit the countries of Asmara and Ethos. 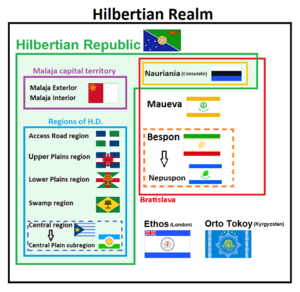 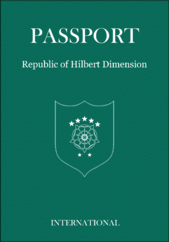 Hilbertian passport is currently in the making, but in the future every Hilbertian citizen would be able to apply for the passport, which would allow them to travel to other micronations and collect stamps. 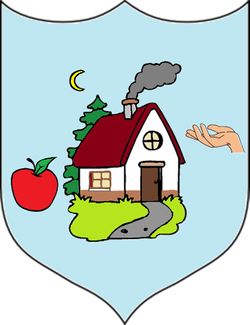 An internal coat of arms is an unofficial coat of arms used only on special occasions and only inside the nation. The house in the middle is an artistic representation of Malaja, the apple is Hilbertian national food and is grown in large amounts, the hand is a reference to the coat of arms of Dúbravka (Bratislava), the permanent residence of the founders. The entire coat of arms has a blue background, which symbolizes the sky.

The official stamp of Hilbert Dimension is used during the ratification of documents, issuing visas, stamping passports, and other official documents. 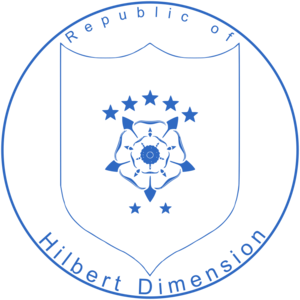