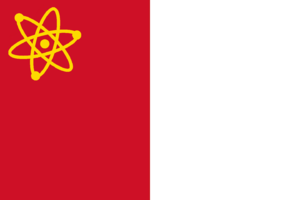 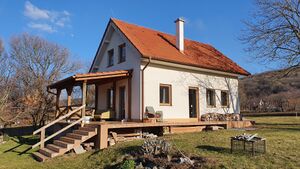 It is inhabited by members of the Hilbertian government. Foreigners are not allowed to visit Malaja interior, with exception of those who are citizens of countries with an eVisitor program or citizens of the Slovak Republic.

Construction of the house that would become Malaja began in the year 2009 and was never officially completed, but today only minor details are missing.

From 2011 to 23.11.2019 it was inhabited by the family and some of today's citizens. Important things such as kitchen, TV, beds, and others were established.

On November 23rd, 2019, Hilbert Dimension was created and Malaja was selected as its capital city. Its name was chosen a few weeks later.

In the winter of 2019/2020, clay production started in the basement of Malaja. Clay was mined in the (current) Swamp region of Hilbert Dimension and was purified in Malaja.

On August 14th, 2020, Malaja started recycling plastic, paper, glass and biowaste. Plastic, paper, and glass are taken once a month to Bratislava to be disposed or recycled.

On November 30th, 2020, First package of chemicals were delivered to Malaja basement from Nauriania and parts of the basement were made chemical laboratory.

Wifi network was established in Malaja on January 28th, 2021. All visitors and tourists can connect to the wifi network for free.