Not to be confused with Forestia

The Federal Republic of Forestia (ˈ fɛdərəl riˈpʌblək ʌv 'fɔːrɛstɪə; Portuguese: República Federal de Forestia; Japanese:フォレスティア連邦共和国), more commonly known as Forestia, is a federal republic micronation that claims territory in the central-west area of Brazil. The country was founded on 26 December 2020, in the videogame Politics and War, but it was only made into a micronation on 9 April 2022.

Forestia is currently run as a democratic federal republic, in a fashion similar to Brazil. The head of state and government is the president and the vice president serves to replace the president in the case of absence. The law system is run by 3 powers, with senators and deputies serving as responsible for running it. Forestia is also a member of the Global Micronational League, the United Micronational Defense Organization, and is currently in the process of applying for membership in the Alliance of the Micronations.

The term "Forestia" comes from the combination of the words Forest and Utopia, thus creating Forestia.

The Central-West region, where Forestia is situated, was originally occupied by the natives of South America. After Portugal colonized the region and created Brazil, it was no longer considered occupied by those natives.

After Brazil declared independence from Portugal and became a republic, Forestia decided to follow suit, albeit not recognized by any countries. The independence was peaceful, and no lives were lost on either Forestia's or Brazil's end

The Federal Republic of Forestia was originally established on 26 December 2020, as the Communist Republic of Forestia, for the videogame Politics and War. The country was a member of the Rose Alliance, and rose to a high economic status during its time as a member. Because of conflicts between the two parties, Forestia left Rose in 2021, and has been in a dormant state since.

Afterwards, on 9 April 2022, Forestia was once again established as a country, but this time as a micronation instead of a virtual country. The country then proceeded to change its government from communist to capitalist, and establishing itself as a Federal Republic. With its foundation completed, the first diplomatic action taken as a sovereign state was to unilaterally recognize the State of Faltree's independence. During the month of April, Forestia joined three organizations, those being the Global Micronational League (GML), Pacific Association of Micronations (PAM), and United Intermicronational Defence Organization (UIDO). Forestia possesses foreign relations with the Kingdom of Rascoucor, and recognizes the Republic of Arkazja, State of Faltree, Cupertino Alliance members, and UN Member States.

The Federal Government of Forestia operates on a democratic republic system for electing government representatives. Said representatives must complete a term of at least six months, with permission to be reelected an indefinite amount of times. This system was inspired by Brazil, with the President being the head of state and the Vice President being the head of Government. 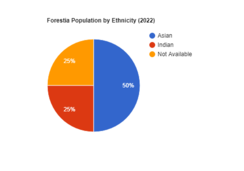 Currently, Forestia utilizes the same legal system used in Brazil. With a national congress being run by deputies and senators, with the constitution granting 3 legislative powers the responsibility of making, modifying and approving laws. Laws are enforced by the Federal Police.

The military of Forestia is comprised of 3 divisions; the Army, the Navy, and the Air Force. The military is managed by the administration of the Ministry of War. The navy and air force are under temporary state intervention until further notice. 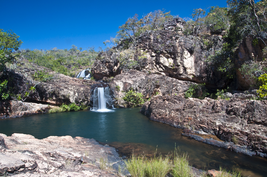 As Forestia is located in the central-west region of Brazil, the climate is that of the tropical savanna climate. The region in which Forestia is situated is a mix of flat grass and tall mountainous regions, and the occasional forest.

The culture in Forestia is a mix of Italian, Japanese, Arabic, and Brazilian cultural elements. This is due to the fact that the country is situated within Brazil, which is a culturally rich country. It has a focus on self-preservation, kindness, and respect towards others. Currently there is nothing in the sense of media, but developments are being made.

Ministry of Sport, responsible for managing sporting activities within the country

In Forestia, the most popular and officially considered national sport is Motorsport, with many motor races taking place across its territory. Forestians have also been fond of football. However, there are yet to be any Forestian applications to any soccer championships. All sport within Forestia is managed by the Ministry of Sport, with several associations working within it to run events like football and auto races. Motorsport races within Forestia are managed by Motorsport Forestia, which is the national motorsport governing body.

Currently, Forestia is in the process of bidding to host the 2023 MOF Games. 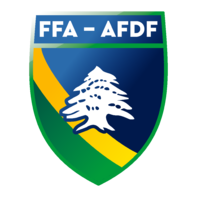 In Forestia, the national football team has yet to compete in a sanctioned intermicronational competition, but the country has its sights set on the Micronations World Cup. And hopes to qualify for the Federation of Intermicronations and Independent Football Associations (FIIFA) Rankings. All football related activities within the country are managed by the Forestian Football Association (FFA) (in Portuguese: Associação Desportiva Forestiana de Futebol).