The Kapresh Civil War was a civil war originating in the Empire of Kapreburg. It began on 23 June 2021 and was ignited by the 2021 Kapresh Walkout and enflamed by further dispute and tensions regarding the nation. It encompasses the 2021 Walkout, multiple successions, the Faltrian-Kapresh War and invasion of Providence Rock, and Operation Piss Shoot.

It was considered finished with the signing of a six-month ceasefire and recognition treaty known as the Treaty of New Albuquerque, signed on 18 September 2021. The Grand Republic was dissolved on 23 September, and its land given to Faltree.

The 2021 Kapresh walkout is often cited as the beginning of the Kapresh Civil War. The walkout began on 23 June 2021, when Connor Shaw, Jacob Vancapelle, and Hunt Powell were spamming the Empire of Kapreburg discord server with different images, mocking Jackson I of Kapreburg. At 3:56 PM CDT a Discord server was made by Jacob Vancapelle, named "Kapreburg 2" At 4:07 PM, Hunt Powell, Jacob Vancapelle, and Asher Young resigned from the House of Lords of Kapreburg. After this Powell and Vancapelle revoked their citizenship. The invite for the Republic server was spread, and it gained many members. Jackson I was among some of the members, and quickly resorted to calling the people who started the server traitors. At 4:23 PM, Hunt Powell announced that he would invade the Kapresh territory of Providence Rock, however, stated that he was unsure if he would invade it under the Aleunnic Worker's Republic, Faltree, or the Grand Republic of Kapreburg. A citizenship form for the Republic was posted at 4:25 PM. At 4:26 PM it was renamed to the Grand Republic of Kapreburg to avoid confusion with the Republic of Kapreburg that lasted from January 2019 to May 2019.

Loss of support for the Grand Republic

On 18 September 2021, the Treaty of New Albuquerque was signed. This caused Faltree, Wegmat, the Reunited Ocean States, Ausveria, Wendatia, the Aleunnic Workers' Republic, Pontunia, and Laguna to drop support for the Grand Republic. Later that day, the Empire of Kapreburg and Delphia signed a mutual recognition treaty, and Delphia dropped support. This also caused the National Republic of Kapreburg to be dissolved. Jackson I then proposed dissolving the 2nd Empire of Kapreburg to Charles Madgett, Madgett agreed and dissolved the 2nd Empire on 19 September, with reasoning given being that it hadn't helped the Kingdom of the United Elarian Front expand. Later on 19 September the United Republics dropped out of the war. This left the Grand Republic on their own.

End of the War

Course of the conflict 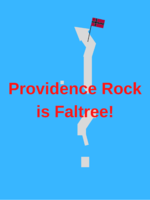 The Faltrian-Kapresh War was the main front of the war in New England that was begun by Faltree on the 24th of June, 2021 over Kapresh refusal to cede the territory of Providence Rock to Faltree. There were also motives for Faltrian actions, such as supporting the Grand Republic of Kapreburg and the People's Movement for the Liberation of Kapreburg.

On 17 August 2021, the United Republics claimed to have invaded the Fox Islands, claimed by Kapreburg in the north, and Baustralia in the south. This conflict was concerning at first, until image metadata forensics, a rarely used tactic if not the first time, was used to declare the operation a hoax. Baustralians joked about the investigation taking five minutes to determine the campaign a hoax. Before this, the Royal Rifles, an infantry regiment of the Baustralian Army, was the only unit assigned to assist in the civil war. After the operation, His Royal Navy assigned a ship. HMS Trent (S2), to assist as well, in case the Fox Islands are indeed invaded in the future.

Since the ending of August, multiple people had been proposing treaties to end the war. On the 16th of September, Hunt Powell and Jackson I began drafting the Treaty of New Albuquerque. The treaty stated that Kapreburg would recognize Faltree's victory in the Faltrian-Kapresh War, that Wegmat would pull funding from the People's Movement for the Liberation of Kapreburg, and that Faltree, Ausveria, the Reunited Ocean States, Pontunia, Aleunnic Workers' Republic, and Empire of Laguna would withdraw support from the Grand Republic of Kapreburg, and all previously mentioned nations, as well as Baustralia would recognize each other and agree to not attack the Empire of Kapreburg, and the Empire of Kapreburg wouldn't attack any of the other nations, for 6 months after the treaty. It was signed on 18 September 2021.

Constitution of the Grand Republic of Kapreburg

The Constitution of the Grand Republic of Kapreburg has received numerous pieces of criticism from micronationalists. The document features many flaws, contradicts itself in many legal ways, and did not define many things from a legal stance. One major issue was that the Constitution stated that citizens who serve in government must hold citizenship for over a month, however, the elections were to be held on 12 July 2021, effectively rendering this article useless. After being pointed out in a complaint document by Abrams Wiucki-Dunswed, the Constitution was unlawfully changed as no one was in already a citizen for over a month.[3][b]

Cyberharrassment as a method for war

The civil war itself has seen many signs of cyberharassment; majority of these cases involve Jackson I and his family which have no involvement with the war.[c] The majority of the harassment has been used as a type of dissent and is generally unrelated to the Civil War. People taunting Jackson I's weight or uploading images of his mother on Discord servers are two examples of this.[d]

The Kapresh Star is a medal given to any civilians and soldiers involved in the Kapresh Civil War. It was awarded to 14 sailors and 9 soldiers – totaling 23 – 10 of which are officers.

The medal is of a four-pointed star with pyramidal faces, with the emblem of the Baustralian Armed Forces, in the centre. It was awarded to members of HMS Trent (S5) and the Royal Rifles, as well as the Fourth Sea Lord and Controller of the Navy, who served as Commander-in-Chief of the Revalians.

The riband is a vertical triband of green, orange, and blue, which are the colours of the flag of Kapreburg.