From MicroWiki, the free micronational encyclopædia
(Redirected from Sander Koff)
Jump to navigation Jump to search

Sander is one of the founding fathers of the Revalian Kingdom. He became the Prime Minister in the provisional government at the same time fulfilling the duties of the head of state, as the Regent. He won the first elections in October 2020 and became Prime Minister. On 17 April 2021, he declared himself the King of Revalia taking the regnal name of Sander I. On 24 November 2021 he officially took the regnal name of Sander II.

Sir Sander Koff is an army officer, currently serving as the commanding officer of the 1st Reserve Infantry, in the rank of Colonel.

He is also a member of the House of Lords, and serves as the Minister of Foreign Affairs. Koff also plays in HM Royal Army Band, in which he started his career in Kapreburg, originally ranking as Corporal.

Koff's full title in Kapreburg is: Colonel, Sir Sander Koff, Lord of Kapreburg, Commander of the 1st Reserve Infantry, Minister of Foreign Affairs, Knight Grand Cross of the Order of Fidelity and Patriotism, Recipient of the Musician's Medal.

Lord Koff is the current Chief of the Naval Staff, in the rank of Admiral. He is also the 1st Count of Harrien and Ambassador to Estonia.

Lord Koff is a senior naval officer in Baustralia and the Viscount Atlas. Rising through the ranks from a Chief petty officer – serving as Trumpet Major of the Band of His Royal Navy – he rose all the way up to his current position as Fourth Sea Lord and Controller of the Navy, with the current rank of Vice admiral.

In June 2021, Koff approached the government of the Empire of Austenasia with a request to join the country. On 25 June 2021, the Town of Oppidum Tubae was accordingly annexed to the Empire after being claimed for Austenasia by Koff and his brother. The claim consists of half of his home property, comprising their bedrooms, making them - but not their parents, who live in the same house - the two residents of the Oppidum Tubae. Koff was appointed Baron of Oppidum Tubae upon the Town's foundation.

Oppidum Tubae is currently represented in Parliament by Lord Koff, who was appointed its Acting Representative in the legislation which annexed the claim. He was elected to the position proper in a somewhat symbolic local election on 14 September 2021. Lord Koff was made an Officer of the Austenasian Order in the 2021 Independence Day Honours List, and was appointed Minister for Culture in January 2022. In July later that year, he was appointed to the vacant dukedom of Aesti. 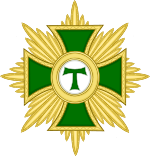 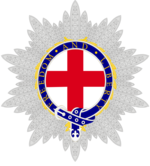 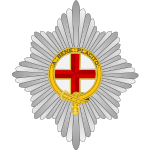 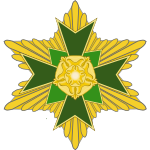