From MicroWiki, the free micronational encyclopædia
(Redirected from Owen Bean)
Jump to navigation Jump to search 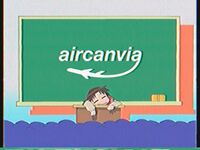 Owenrich von Beanreich (English: Owen Bean); (Chinese: Ouwen Bing), also known within the Ausverian hip hop scene as Yung Micropenis, is an Polska-Amerikan politician, statesman, shitposter, mafia associate and businessman mainly involved in Faltree, Bepistan, and Canvia. Von Beanreich would retire in disgrace from micronations in 2022, following the Nazi Saspeariards scandal and after he failed to keep his promises as Mervustani Governor, for which he suffered riots over by angry Irish leftists. He loves Cristiano Ronaldo. He is the current Fuhrer of the Ausverian Libertarian Front, as well as current chairman of the jordan peterson fanclub of central connecticut. His favorite president is Richard nixon **Current Arc: Travis Bickle**

He is a devoted adherent of Dennis Prager Thought, and an ardent zionist. He is the former and only owner of AirCanvia. Beanreich was responsible for leading the Beanreich Brigade against Saspeariard partisans in the Unueco Uprising, wherein the brigade committed a number of atrocities. Fighting in the city saw the unsuccessful partisan defense of the Saspearian Broadcasting Corporation building, wherein it was blown up by TNT planted by the brigade. The Beanreich Brigade and the 14th RG-Volunteer Division "Bepistan" set fire to the headquarters of the Saspearian National Party, 248 partisans and civilians perishing in the blaze. Owen von Beanreich's hobbies include hanging out with Milfs and Russian femboys, cyberbullying Europeans, drinking Coors Light, and terrorising Irish people in Mervustan as a member of the Polish Defence Group. He is also the Supreme Leader of the Opel Republic. His waifu is Yukari Tanizaki from Azumanga Daioh. He is currently being imprisoned on Garibaldi Island. His favorite movie is Monster House (2006). He is also an associate of the Faltrian Mafia. He is of Prussian German ethnicity. He supports President Joe Biden, and though he cannot yet legally vote macronationally, endorsed Biden and campaigned for him in the 2020 election.