The Ministry operates the Military of Adammia and the Adammic Police Force, an unusual arrangement as in other nations the law enforcement is usually managed by some form of Home affairs department.

The Ministry of Defence also owns a site in the Jebediah Hills in Primoria just outside of Adamsville. The site is classified as a restricted zone and its purpose is unknown.

The Ministry of Defence operates a system of "spheres of influence" which correspond to geographical areas surrounding Adammic territories which the Empire has some degree of ability to influence. There are four grades of spheres of influence. The first three, because of how precise they are, cannot be made public for security reasons. Threats to the Empire in each sphere of influence correlate to a DEFCON system ranging from 5 (no threat) to 1 (armed forces ordered to engage). 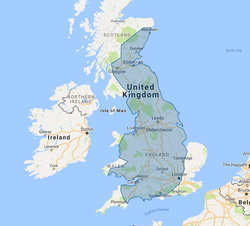 The Grade 4 Sphere of Influence as seen in Google Maps.