His Grace Lord Colonel Sir Reginald Hall, 1st Archduke of North Adammia KGCM, usually referred to as Reginald Hall in the UK, is a noble and former politician of the Empire of Adammia. He is the Empire's oldest citizen and was one of the first individuals to attain Adammic citizenship due to being the grandfather of Emperor Adam I. He served as Deputy Prime Minister from 2013 to 2014, and resumed the role from 2016 to 2017. He was also formerly the Archduke of East Adammia and the Minister of Finance, and is also the current head of the House of Hall. On 18 July 2015, he founded the Labour Party of Adammia. He is currently the Archduke of North Adammia, is the Lord Mayor of Adammia's de-jure capital Imperial City, and he retains the (mostly ceremonial) title of Chief Advisor to the Monarch.

Born in 1940 to Reginald Hall (senior) and Irene Hall (née Kelley), Reginald Hall grew up in the poverty-struck north of England in postwar Britain as the son of a miner. For most of his life, he worked as a maintenance worker at various power stations around the United Kingdom. He married Winifred Boxall in 1966 and had five children by the 1980s. After retiring, he took up the hobby of wine-making and became an adventurer. His accomplishments include walking the length of Britain and climbing to the summit of Mount Kilimanjaro, both after having retired. He has also completed several marathons throughout his life. 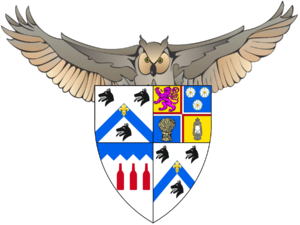 Reginald Hall is one of the few individuals who knew about the Empire of Adammia before it was even founded (others include Adam Belcher's brothers and the members of the 'Forum Wars' online community). On 13 April 2013, Hall's grandson, Adam Belcher visited his home in what is now Tytannia, and talked to him about the concept of creating a micronation. Hall was skeptical at first, and the initial invasion of his house was a failure. Adammia was founded later that day in what is now Primoria.

On 21 April, Adam, now using the title Emperor Adam I, and his brother Crown Prince Daniel forcibly seized Hall's garden and named it the province of Tytannia. Hall made no attempt to stop this and willingly became a citizen of the Empire. Shortly afterwards, the Emperor granted him the position of Chief Advisor to the Monarch, his first political office and one of the oldest political offices in the history of the Empire. He became one of the very few citizens (alongside Sir Alex Helliker and Sir Oscar Gilmour) who was permitted to use the style of Sir before the Order of Adammia was established.

When Imperial Decree IV formed the territory and nobility system on 6 May 2013, Hall was made the Archduke of East Adammia, making him one of the most influential figures in the early politics of the Empire. This continued beyond the absolute monarchy era as he was elected Councilor of Sapientia on 6 August 2013, giving him a secure seat on the Ruling Council. He lost the 2013 National Elections to his daughter, Emperor Mother Jayne, but she permitted him to become the Deputy Prime Minister and the Minister of Finance. He was one of the most active members of the Belcher Cabinet, as a key player in the formation of the Contributions Scheme in September 2013 and later providing the box used to store the Treasury. Hall came up with the idea of annexing new territories in December 2013 belonging to his children, leading to Watertopia and Myway joining the Empire.

Following the enactment of the Empire of Adammia Act 2017 on 28 October 2017, Hall lost his Council seat and therefore his Cabinet positions, making him effectively retired as a politician. He remains an Archduke, now of the new region of North Adammia. In February 2022, he became one of the first individuals to be awarded the rank of Knight Grand Cross of the Order of the Meerkat, the highest chivalric honour in Adammia.

Hall is half English and half Irish, his Irish mother Irene Kelly having emigrated to England and marrying his English father, Reginald Hall the senior. Extensive research has been carried out into Hall's English ancestry, but very little is known about his Irish ancestry.