Maternia is a county of the Empire of Adammia located in the province of Greater Tytannia. It contains 124m² of land. It consists of a single property, which is a simple terraced house with a garden. It has 2 permanent residents. From 2013 to 2017, Maternia held province status, and it was home to the Office of the Prime Minister for much of this time; it was downgraded to a county by the Empire of Adammia Act 2017 at the end of the First Era. It was relocated to a larger property in April 2022.

The name Maternia refers to the fact that it is the residence of Emperor Adam I's mother, Emperor Mother Jayne. 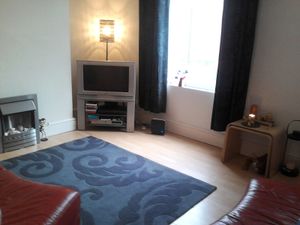 William Way (the A6)

William Way is the only designated road in Maternia and comprises of most of the backyard of 1 William Way.

The only building in Maternia, 1 William Way makes up most of the county.

The living room is located at the front door to the house in Maternia, at the border between Adammia and the United Kingdom. It contains two leather sofas and a TV. Residents and visitors to Maternia will often rest here.

This is the centre of activity in Maternia. From the Local Government Chamber, most of the other locations in Maternia can be reached. It serves as a dining room and was formerly the meeting chamber for the local government of Maternia, as well as the headquarters of the Ministry of Citizenship. 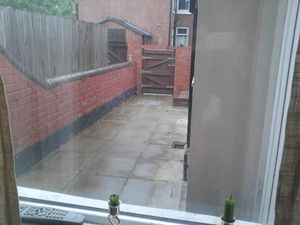 View from the Local Government Chamber down William Way towards the border.

This bedroom is where the Imperial Family stays when visiting Maternia. It contains a bunk bed and a collapsible single bed, along with an unused TV. Currently, the Imperial Quarters are used sparingly, usually once per month or less.

Maternia is home to a dog named Billy, a lurcher. He is one of the few domesticated animals in the Empire of Adammia, and is the official mascot of the Adammic Army. His owner is Emperor Mother Jayne.

1 William Way also has a kitchen, another large bedroom and a bathroom.