Primoria is a county of the Empire of Adammia located in the province of Greater Tytannia. It is 220m² in size and has a permanent population of 3. It is made up of a semi-detached house, two gardens and a garage. Primoria was the Empire's oldest Province during the First Era before being downgraded to a county by the Empire of Adammia Act 2017. It is also notable for being where the Imperial Family resides. Originally it was known as the Adammic Imperial Province, but it was renamed by the Legislative Amendments Act on 22 December 2013.

The name Primoria refers to the fact that the county is the site of the very first Adammic territory, claimed when the Empire was founded on 13 April 2013.

Adamsville is the oldest city in the Empire of Adammia. It contains the Imperial Household, the residence of the Imperial Family, which is home to numerous offices such as the Ministry of Defence. Adjoining this is the Primoria Imperial Observatory. Adamsville also contains Adamsville Park and a garage known as 2 Belcher Street.

Belcher Street is the oldest named roadway in Adammia and is today known as the M2 Motorway. It starts at the border with the UK, making its way past the Imperial Plains, through the gates of Adamsville, past the Imperial Household, an entryway to Adamsville Park, before ending at 2 Belcher Street. It was originally known as Adammia Street, and was renamed by an Edict of the Local Government in 2014. 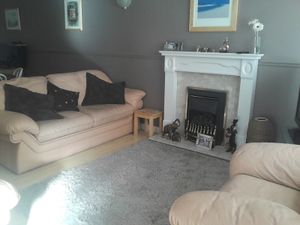 The living room in the Imperial Household.

Fairly unremarkable, it is merely an area of grass, mostly surrounded by the United Kingdom.

The Jebediah Hills form the far end of the back garden to the Imperial Household. Technically not part of Adamsville, they are so named because they are slightly higher than the rest of the ground in the province. They are named after Jebediah Kerman, the Kerbal Space Program character who was once the patron saint of Adammia. Part of the Jebediah Hills were granted to the Ministry of Defence in March 2014, and since then have been classified as 'restricted', though it is unclear for what purpose.