Imperial City is the capital city of the Empire of Adammia. It is located in the Province of Greater Tytannia, has a population of 1 and a surface area of 221m². It was created by an Act of Council on 9 February 2014.

The city was the political heart of the Empire during the First Era, but since the government relocated to newer provinces in October 2017, it has become less important, despite remaining the official capital. It is still, in many respects, a cultural and historical capital of the Empire. 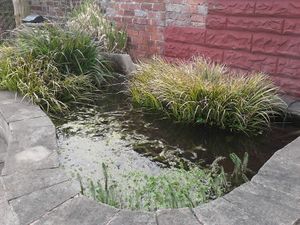 Koifish Lake, in Central Park, as seen from Norton Road

Arguably the most notable location in Imperial City is White Gold Palace, a large sandstone house which once contained a wide range of government offices and hosted much of the Empire's operations. The living room on the lower floor is the official meeting chamber of the Adammic legislature, the Ruling Council, although the Council no longer meets there in reality as of October 2017. Adjacent to this in the dining room is the former headquarters of the Cabinet Office. The building's garage is used as the headquarters for both the Adammic Imperial Space Agency, which stores all its equipment there, and Capital Brewery Ltd., and also acts as a detachment and armoury of Tytannia Army Base. Upstairs in a large bedroom is the former Ministry of Finance office, which itself contained His Majesty's Imperial Treasury. This room usually contains the Empire's oldest fabric flag, which, when the Emperor was present, was often flown from an upstairs window, overlooking Imperial Square, until it was retired in 2017 due to substantial weathering. White Gold Palace is believed to be the oldest building in the Empire of Adammia, dating back to the early 18th Century.

Adjoining White Gold Palace is Governor's Residence. It is thought to be one of the first named structures in Adammia, other than Command Desk in the Office of the Emperor in Primoria. When it was named, the landed noble for Tytannia was referred to as a Governor, and this legacy lives on in the name of the structure. The structure is most notable for housing the Populus Imperium monument. The unofficial flag of Tytannia hangs on the wall.

South of these two buildings is Imperial Square, a gathering place for the locals in summer, when it is sometimes used by the Ruling Council for meetings. The A1 (Norton Road) connects this area to the Imperial City Industrial Estate, a collection of two sheds, via Central Park. This park's most notable feature is Koifish Lake, a popular beauty spot which is home to Shooter Falls, the only, albeit manmade and less than a foot high, waterfall in the Empire of Adammia; it is named after the person who owned the property in the 18th Century according to an old map kept in White Gold Palace.

On the other side of White Gold Palace is the Imperial City Recycling Centre, where the bins are stored that are emptied by British services.

The A1, better known as Norton Road (named after Norton, Emperor of the United States), is the main transport route in Imperial City, connecting Imperial Square to the Industrial Estate via Central Park and Koifish Lake. It then leaves Imperial City, going east into the Highlands. Also starting at Imperial Square is the B101, known as Demijohn Street. It forms a trench going around the back of Governor's Residence, leading to a narrow area where demijohns used for winemaking are stored.