The House of Hall is a family which was once very influential in the Empire of Adammia. The house dominated Adammic politics - from 2013 to 2017, within its members were the Emperor, the Archdukes of both the Empire's regions, the Dukes/Duchesses of four out of the five Adammic Provinces, and most of the other titles of nobility available in the nation. It also held 10 out of the 12 seats on the Ruling Council, and all but one of the government ministries. The house had strong ties with the occupants of many of the remaining offices, these being the House of McKenna and the House of Shaw. Following the end of the First Era and the transition of central government to the new Birmingham provinces in October 2017, the House lost much of its political weight, with many of its members becoming lower nobility, and the loss of most of its Council seats and Cabinet positions. However, it still counts the Emperor and the Archduke of North Adammia amongst its members, so it still carries some influence.

Some of the titles are shared with the House of Belcher, as a result of the break-up of Emperor Mother Jayne and Emperor Father Kevin in 2009. Most notably these include the Adammic Monarchy, meaning that the House of Hall is the joint ruling house of Adammia.

The House of Hall owns the land in Greater Tytannia except for the county of Primoria. The House owns White Gold Palace in Imperial City and used to lease a room there to the Ruling Council to use as its official Chamber. The Palace can be considered the home of the House, as it is the residence of its Head, Lord Sir Reginald Hall, and is where its extended members will usually meet every weekend. These meetings once formed the backdrop for Ruling Council sessions and other government business involving members of the House. Amongst the House's property are cars built by Nissan, Volkswagen and Mercedes-Benz, operated by the branches in Tytannia, Watertopia and Myway respectively. 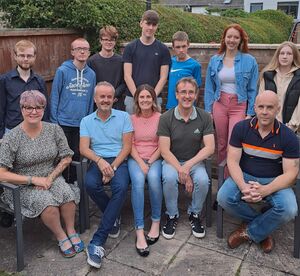 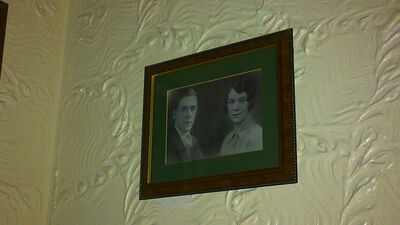 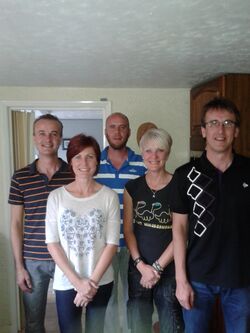 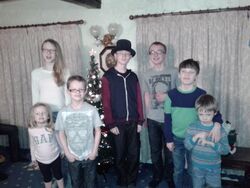 The House of Hall was established in 1966 (though it would not be called this until 2013 when Adammia was founded) as a result of the marriage of Reginald Hall and Winifred Boxall. The House is considered to be part of two Adammic heraldic families, these being Hall of Wakefield and Boxall of Godalming. The arms of both these families appear in the coats of arms of all the offspring of Reginald Hall and Winifred Boxall.

The Hall of Wakefield line officially starts with John William Hall (b. 1871), though the name has been traced back as far as Thomas Hall (b. 1806), however the location of origin of these ancestors is unknown, so the most distant ancestor whose location of origin is known is used to name the heraldic family. The most distant known ancestor of Sir Reginald Hall is his great-x7-grandfather Thomas Shepherdson (b. 1656). Sir Reginald Hall's mother, Irene Kelley, was Irish, and her ancestry is unknown, although a family relative is currently undertaking research into this.

The Boxall of Godalming line starts with Richard Boxall (b. 1586), though the most distant ancestor on this line is his father Richard Boxall (b. 1560), but the latter's location of origin is unknown. The former is the common ancestor of both the House of Hall and the House of Boxall in Austenasia, making Emperor Adam I the 11th cousin once removed of Emperor Jonathan I. Through Winifred Hall's paternal grandmother, Charlotte Hazel, the House of Hall is related to the Hungerford family, which included the first ever officially-recorded Speaker of the House of Commons, Sir Thomas Hungerford. The Hungerfords, via marriage with the Peverell family, were related to the Plantagenets, and as such the House of Hall on the maternal side is descended from medieval royalty such as William the Conqueror and Charlemagne. This also means that Winifred Hall was a 24th-cousin of Queen Elizabeth II.