Borealia was a Colony of the Empire of Adammia. It formed the remnants of DEONQED, a micronation which formerly existed in Devon, United Kingdom. It had 8 residents who were registered Adammic citizens (with at least three others unregistered, thus not counting towards the official population), making it the most populated territorial division of the Empire. It contained its own Online Television Channel. It was the last remnant of Mohawk civilization and is arguably one of most fought over territories in all of micronationalism, as it was in a constant state of war from 2005 to 2015.

Borealia comes from the Latin for north, as the territory was the successor to a micronation which had "North" in its name, reflecting its position at the north end of the macronational street on which they were located. However, Borealia was in fact the southern-most territory of the Empire.

Borealia was the latest incarnation of several states that have existed in the area in the "Den World" sector in Devon. The first of these was NED, from 2005 to 2009. Following a rebellion, NED collapsed and was replaced by DEONQED (Democratic Empire of North Queen Elizabeth Drive) in 2010. Eventually, DEONQED too fell into decline, and in July 2014 a revolution was held against the reigning Emperor Ben. The remaining citizens of DEONQED elected Emperor Adam I as their new Emperor, putting DEONQED in personal union with the Empire of Adammia. On 22 July 2014, DEONQED was merged with the Empire and renamed to Borealia. Borealia was originally a Territorial Claim of Adammia. Plans were formed to return the region to its former glory, such as rebuilding the old DEONQED capital of Spoliarium Magna, and constructing a foundry which could melt aluminium.

On 13 September 2014, at approximately 12:30, the Adammic Foundry exploded in service. The most likely cause of the explosion was contact with water in the furnace and the ensuing steam pressure. It resulted in a large amount of fire damage and a large plume of smoke and steam, which went at least 100 feet into the sky. 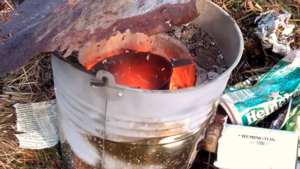 The foundry of Borealia.

With the Adammic Monarchy becoming increasingly more confident in the stability of Borealia, the decision was taken to make it a Colony of Adammia, giving it Ruling Council representation. This was carried out through Imperial Decree XXIX, issued on 30 October 2014. Throughout 2015, Borealia embarked on its largest construction project yet in the Spoliarium Magna Military Base, the Bunker, which involved shifting more than 13 tons of dirt to create a subterranean structure, although by September 2015 this process was still incomplete. It also conducted its first explosives tests, which were successful.

The Borealia Reform Act 2015, passed on the 11 August 2015, was a milestone in the development of Borealia. Now all residents of Adammic Citizens residing within Borealia were given citizenship, and they were allowed to participate in the politics of the colony. The former divisions of Borealia Magna and Borealia Minor were abolished and a new government in the form of the Borealian Cabinet was created.

Starting in 2016, the Colony expanded its borders beyond the Spoliarium Magna military base and the original Colonial territory to encompass all of Avranches Valley, by the order of Emperor Adam. Because of the vastly increased population of the Colony thanks to the Borealia Reform Act 2015, Borealia was now the most populous division of the Adammic Empire, and was granted three seats on the Colonial Council of Adammia. The Colony was then reorganized by the Legate, creating the City of Hall. Furthermore, plans were devised for a new defence project to be based in the Spoliarium Magna military base. However, the Borealia Futures paper which was published in February 2016 placed the future of the colony in question, as it first raised the prospect that it could go independent from the Empire of Adammia in a referendum.

Borealia was a colony of the Empire of Adammia, giving it a large amount of autonomy. Borealia, as of 2015, had its own governing body in the form of the Borealian Cabinet. Its members were Will McCracken, the Legate of Borealia and its representative to the Empire of Adammia's Colonial Council. Ben Cain filled the role of Minister of Defence, while Colonel Nathaniel Scarborough was the Minister of Industry. The Legate of Borealia was elected every January 1, with the first and only election being in 2016. 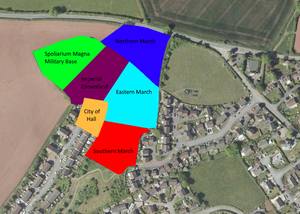 The internal divisions of the colony as of 2016.

The military of Borealia consisted of the 2nd Infantry Division of the Military of Adammia, which was based in Borealia. They were armed with rifles, pistols, and were developing a missile defence system for the colony to be based in Spoliarium Magna. The military projected power throughout its sector, and was unchallenged as the primary power in the Den World. The 2nd Infantry Division was also active in East Devon, beyond the Den World sector. 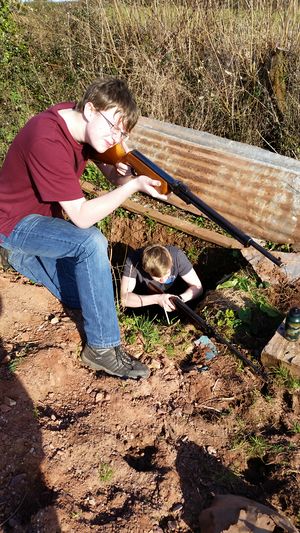 Mohawk soldiers at the Bunker.

Borealia was the most industrialised part of the Adammia, having within its boundaries the main foundry of the empire, which was capable of melting aluminium. It also possessed within its bounds skilled labourers who could build complicated buildings and could create weapons. Its chief industries were construction, computer manufacture and the distribution of digital content. Borealia also had its own Youtube channel, which it uploaded its media on in the form of news updates.

Empire of Adammia
Emperor of Borealia