From MicroWiki, the free micronational encyclopædia
(Redirected from GUM DIS TRACK: THE UNITED MICRANATIONS is better)
Jump to navigation Jump to search

"GUM DIS TRACK: THE UNITED MICRANATIONS is better", also known as "GUM Diss Track" and originally titled "THE UNITED MICRANATIONS is better" is a satiric diss track by New Eiffelic musical experimentalist Zed on contraGUMism, micronational warfare and "YAMOs".[1] Released on 3 January 2020, it was Zed's first non-album single to not be released under his stage name, "DJ Zeddy", due to the song's nature. Zed sings as a young and unprofessional micronationalist, who disses the intermicronational organisation the Grand Unified Micronational as he is a member of the rival United Micronations—a diss by Zed on the various intermicronational organisations named in emulation of the macronational United Nations. The song's lyrics contain vicious insults towards the GUM, whom the singer threatens war with by using Nerf blasters, claiming he will fight GUM member states Austenasia and New Westphalia. Due to the song's nature, it was independently produced by Zed, and released without a record label, being uploaded onto YouTube, where it was accompanied by a music video.[2]

Since its release, the song has attained moderate notability in the MicroWiki community, and as of March 2021, the music video has been viewed more than 200 times. It was received relatively positively by both GUM supporters and contraGUMists, as well as micronationalists who did not identify as either, and it would become regarded as Zed's signature song. The song later became one of the two national anthems of the Cupertino Alliance on 20 March 2020, "having higher precedence", which meant that it got to be played first.[3] Following the song's controversy, however, it was repealed after the passing of the Anthem Act in early June 2020. 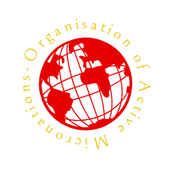 Zed had been a supporter of the Grand Unified Micronational since he became a member on April 2019. He became increasingly annoyed with contraGUMists throughout December, and on 1 January 2020 began to work on the song. It was finished on 2 January, and the music video was shot on 3 January, the same day as the song's release. Zed stated that the United Micronations was partially inspired by the Organisation of Active Micronations (New Eiffel Union) under the leadership of noted GUM critics Charles Ross and James Ellis. The line; "The United Micronations has 100 members" was inspired by the OAM's membership of 47, making it the largest intermicronational organisation at the time, though Zed claimed many of them were inactive. The song also disses nations that claim Bir Tawil and Antarctica, terra nullius territories that have become a hotspot for micronational claims.

The release of the song onto YouTube was accompanied by a music video, which, like the song, also has a runtime of one minute and four seconds. The music video was directed by Zed, who, alongside his brother Janus Skye did its cinematography. The video concerns Zed acting as a young micronationalist, and consists of him holding and counting play money, holding a Nerf blaster, and dabbing. To make the video seem all the more unprofessional, Zed edited it with iMovie, added improperly spelled or timed subtitles, and did not cut out the background audio of a few shots. The video ends with a poorly edited stock effect of a missile crashing onto an image of the GUM's logo on his phone. The video was shot on Zed's iPad 5 and at 30 frames per second (the lowest frame rate setting) to reduce its quality. After being downscaled to the low-definition resolution of 240p resolution, the video was uploaded onto YouTube. As of March 2021, it has been viewed over 200 times.

During the Cupertino Alliance's 69 Hour Session held between 14–17 March 2020, several different songs were nominated to become the national anthem of the alliance, including "GUM DIS TRACK". Due to the large amount of submissions, Chair of the Board Jayden Lycon organised a tournament. After several rounds of voting, "GUM DIS TRACK" made it to the final alongside a video named "Is Jacking Off a Sport?". On 20 March, was agreed both with be official, however "GUM DIS TRACK" would have "having higher precedence", which meant that it got to be played first. "Is Jacking Off a Sport?" immediately garnered a huge amount of controversy, however, and the song was later stripped of the status.[4] In early June 2020, following criticism of the song as an anthem, its status as an anthem was repealed after the passing of the Anthem Act.

The song's lyrics, which are in the public domain:[5]

The Grand Unified Micronational is cringe
Don't believe in micronational war? Well you will, after I take over Austenasia!
The United Micronations has 100 members
With members claiming Bir Tawil and Antarctica
Come on, fight me
The new–I got my Nerf game on
The new Nerf one ten elite, here I am
Strike!
I claimed New Westphalia, what you gonna do?
The United Micronations has its own currency, the United Micrinational dollar
Worth more than anything on Earth
With an exchange rate of over one-hundred US dollars
We even claim the Empire of Berth, I rhyme!
Epic!
Micronational war, with seven fatalities
Come and fight!
They think they're better, but they're not
We claim even more square miles than every GUM member combined