(listen))) or Uj Repulo[1] (Abbreviated: UJ or ÚJ; English: New Flying; formerly known as Hardwork Village Outback) was the capital city of the Principality of New Eiffel. The city had no permanent population, and was also the smallest city in New Eiffel with an area of 180 m². The city was the de jure seat of power of the Monarch.

Új Repülő was situated in the western-most point in New Eiffel, founded after early January 2018, alongside the same date as New Eiffel's other two cities. It was originally named "Hardwork Village Outback". Although the city had no permanent population, it homed multiple structures. Új Repülő had two buildings, an attached house which serves as New Eiffel School – the only school in New Eiffel – and Jimbo's Gym, and a privately owned shed. The New Eiffel Main Route 1 lead into Új Repülő at the north-west point, then intersected with Prince Zabëlle I Road, a very short road that was also located in the city. The city was mostly bordered by the United Kingdom and bordered the New Eiffelic city of Plitvice to the east.

It was announced in late December 2019 that elections for Mayors of all three cities in New Eiffel would be considered sometime in 2020.

Új Repülő was situated in the western-most point in New Eiffel, founded after early January 2018, originally named "Hardwork Village Outback". The city was founded alongside the same date as New Eiffel's other two cities. The city had continuously been the territory of New Eiffel since the Republic of New Finland in January 2018, through the Kingdom of New Finland and onto the Principality of New Eiffel at the date of its dissolution on 1 November 2020, and had consistently been the capital. The city was renamed to its current name on 11 August 2018, following the reunification of New Eiffel.

On 25 February 2019, the Minister of Transportation proposed to split the road by the intersection with Dead Tree Lane and name it 'Új Repülő Road'. On 27 February, it was decided that the road would not be split, as it would be unnecessary.[2] On 9 February 2020, Storm Ciara hit New Eiffel, and a severe weather warning was issued. The storm caused mild damages from flying debris to multiple buildings in Új Repülő — making it the city which was most effected by the storm. Neighbouring city Plitvice suffered little damages, whilst New Leeds was mildly effected. Jimbo's Gym, which was the only health club and fitness centre within New Eiffel, was officially opened on 24 August 2020.

Új Repülő was one of three cities in New Eiffel, which indicated that it was a municipality, which has corporate status and powers of self-government and jurisdiction as granted through the constitution.[3] These powers were exercised by the elected Mayor. Such as every New Eiffelic city, Új Repülő had a city council, which was elected directly by the government every three years. George Smith was the first and only Mayor in Új Repülő's recorded history, though there is some speculation that at one point the title of Major was also shared with Janus Smith; though this has not been confirmed. The Major is granted the style "His Excellency". The position of Mayor was vacant since New Eiffel's reform back in August 2018. It was announced in late December 2019 that having elections for Mayors of all three cities would be considered for sometime in 2020. George Smith held the substantive title of "Duke of Új Repülő." 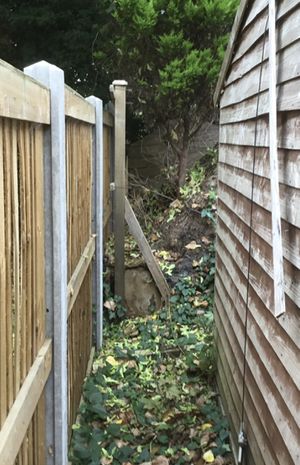 Új Repülő was situated in the western-most point in New Eiffel, and was the smallest New Eiffelic city with an area of approximately 180 m². The city was mostly bordered by the United Kingdom; and also bordered the New Eiffelic city of Plitvice to the east. The New Eiffel-United Kingdom West Border was located in the city. The city consisted of a moderate amount of plantation, but was mostly covered with pavement and had little grass. Új Repülő had two trees, however both were cut-down. Új Repülő had no bodies of water. New Finland Monument, a grade 2-listed apple tree, was located in-between the border with Plitvice. A small area of New Eiffel Gardens, a botanical garden, was located in Új Repülő.

The city occasionally saw red foxes entering across the border, and two domesticated cats of the royal family, as well as occasionally the cat Ralph who is the only animal that has been banned from entering into New Eiffel. Another three to five cats were estimated to cross into Új Repülő every year. Új Repülő was also home to a number of different birds, and multiple species of moths, worms and spiders have also been reported.

Új Repülő had the same climate as the rest of mainland New Eiffel: in general, the climate was cool and often cloudy, and high temperatures were infrequent. It was often rainy in Autumn, Spring, and the Winter. Summers were generally warm, sometimes hot. New Eiffel's average July high was above 27 °C. Winter was often very cold and has little temperature variation. Heavy snow was rare but light snow usually happened at least once each winter. Spring and autumn can be pleasant. New Eiffel had a very low amount of precipitation annually. Typically, 25 °C or higher was considered almost unbearable, and -1 °C was worthy of a weather advisement. New Eiffel received these weather advisements through the Cupertino Alliance weather station project.[4] 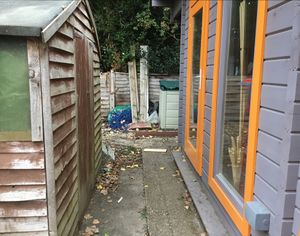 Although the city had no permanent population, it has multiple structures. Új Repülő has two buildings, an attached house which serves as New Eiffel School – the only school in New Eiffel – Jimbo's Gym— the only fitness club — and a privately owned shed. The New Eiffel-United Kingdom West Border was at the western-most point in the city, and was a grade 1-listed structure by the New Eiffel Registry Ministry.

Biking was the main way of transportation in the city. Új Repülő had three bike roads. The New Eiffel Main Route 1 lead into Új Repülő at the north-west point, then intersected with Prince Zabëlle I Road, a very short road also located in the city.[7] The roadway continued through the city before ending at the New Eiffel-United Kingdom West Border. Dead Tree Lane was a 6.98-metre (22.9 ft) long road, and was notable for being the only road in New Eiffel which has road signs. The city also has a roundabout called Unnamed Circle. Új Repülő's vehicle registration plate code was 03. On 25 February 2019, the Minister of Transportation proposed to split the road by the intersection with Dead Tree Lane and name it 'Új Repülő Road'.[8] On 27 February, it was decided that the road would not be split, as it would be unnecessary.[2] Új Repülő also had two pedestrian alleys, South Alley and Walkway Alley, although both were not commonly used. !khās Street, Gæ Pis Street and Új Repülő Street are a handful of seven streets located in Új Repülő.[9]

New Eiffel School, founded in 2018, was a nonprofit coeducational independent school, which was also the only school in New Eiffel.[10] It had three students aged 12–16 of all ability levels, and had Christian emphasis. The school offered a number of subjects including English grammar, mathematics, and history. The school used the rugbull field for physical activities. The building for the school was shared with the fitness club Jimbo's Gym. Construction for the building started on 18 June 2016, and by 23 April 2017 the building's foundation was laid. Construction was officially finished in October 2017. The building later became a school of the successor state of New Eiffel in February 2018, and was officially named New Eiffel School in August 2018 when New Eiffel was reformed into its current form, a principality. The school was officially registered as a grade 2-listed building by the New Eiffel Registry Ministry on 22 August 2019.

The flag featured a purple background with the former flag of Új Repülő in the top-left corner – four rectangles, two blue, two green, and a red crown the middle – with the text "ÚJ" at the bottom centre. "ÚJ" is short for the name of the city, and the purple colour and the crown represent royalty. The former flag of Új Repülő was replaced with the current design on 7 November 2019, due to the so-called simplicity of the previous flag.

The fonal coat of arms was adopted on 28 October 2019. It featured a grey shield with a dark blue outline, a blue banner at the bottom with text which reads "Glory be with us" — the national motto of Új Repülő — and a smaller shield of a different variant and colour — white with a black outline — and a red-coloured wolf which is inside the shield, and a star at the bottom-right. The smaller shield was symbolic, representing Új Repülő while the larger shield represents New Eiffel. The star represented motivation or progress, whilst the wolf is said to represent guardianship and loyalty.

Új Repülő had two sister cities, both of which were gained through phase one of the GUM Sister Cities Program.[1][11]