The GUM Sister Cities Program is an ongoing program within the Grand Unified Micronational with the idea of relating cities of member states together to improve relations between nations just like their macronational counterparts. Started by Nicholas Randouler on 17 January 2020 as part of a test for a potential project following the same intentions, it gained 7 participants during the time given for application. In all, 10 cities were submitted for the project by all 7 Participant nations. On 15 April 2020 Randouler released the GUM Sister City Program website to the member states of the GUM entitling what the program desires to accomplish.[1] After Randouler's passing in June 2020, the website was merged with the main GUM site, and the program taken over by Amelia I.

On 17 January 2020, an announcement was made on the GUM server by Secretary for Diplomacy Nicholas Randouler stating that a test was set to be conducted involving a system similar to the sister city concept in the macronational world. It stated that it was to test the idea for a possible concept for all GUM Members in the future, with the side aim of the project being to strengthen ties between member states, and make new ones whilst promoting cultural ties between the nations.

On 26 January 2020, a document titled GUM - Sister Cities Project (Phase 1)' was released in the GUM lounge. The document disclosed which cities were paired with each other, and the suggested ways to grow ties with other sister cities. Following this, participating nations took it upon themselves to organize relations with their new sister cities or create signs pointing towards the city in particular.

During the GUM Quorum on 1 February 2020, Secretary for Diplomacy Nicholas Randouler announced that the Sister Cities Project Phase 2 would likely start about 1 week after the Quorum due to the success of the project.[2] Nicholas had also previously stated beforehand that he hoped that the Project would get to the point where Participants would choose their own sister cities with the ability to confirm this partnership later. 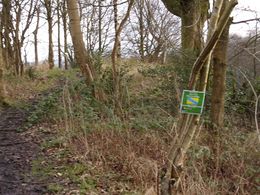 An example of a Welcome sign created following the Sister Cities project in New Llandudno.

Phase 3 (also called the Program Phase) was the third to the Sister Cities Program. It was planned to be announced on 7 April 2020 but delayed to a controversy surrounding a GUM member state which was peacefully dealt with. On 15 April 2020, the website for the new program was unveiled to all member states. This website hosted two types of applications to choose your micronations own sister city or to randomize the option. Along with previous documents released for Phase 1 and 2 the website also entitled how to grow your sister cities and a list of nations in the program.

Phase 3.5 was the minor phase of the Sister Cities Program. It was the last phase of the programme overseen by Nicholas Randouler, who passed away before its official start on 3 June 2020. As such, it was decreed as a 'mini-phase' to ensure the members who were meant to get in were able to, as they had not been added to the system.

The first phase was overseen by Amelia I and was formally announced 1 August 2020. This finished receiving applications on 15 August 2020, with pairings announced two days later.

After a period of inactivity, it was announced on 9 November 2020 and finished taking applicants on 29 November 2020. Whilst there was a brief delay in the release, the pairings were announced on December 8, it brought more cities from around the world than before, with Western Europe, Central Europe, South Asia, and the Balkans having cities join.

Since its conceptualisation, the Sister Cities program has been run by the GUM Secretary of Diplomacy. Upon the changes to the secretarial positions, the program has been carried out by the Membership Development Secretary since the seventh phase.