Sušice-Gympl ([ˈsuʃɪtsɛ-ˈɡɪmpl̩]) is the capital city and the only administrative unit of the Gymnasium State. First claims on the territory of Sušice-Gympl were made with the declaration of independence of the Socialist State of Gymnasium on 1 September 2017, and were extended on 1 February 2018 to include all of the current area. The territory however was not incorporated as an administrative unit until 19 October 2019. While officially all citizens are registered as residents of the city, it has no permanent residents. The Sušice gymnasium, located on the claim of the city, is an iconic landmark and one of the most significant centers of everyday life of majority of the Gymnazists and their culture.

The name of the city consists of two separate parts with the hyphen in between. The first part, Sušice, was adopted from the town the territory is located in, which was derived from the word Suchá (ves) (Dry (village)), referencing drying of the sand from the river Otava in order to obtain gold, and the suffix -ice. The word suchá/suchý was derived from Proto-Slavic *suxъ, from Proto-Balto-Slavic *saušas, and from Proto-Indo-European *sh₂ewsos. The second part of the name, Gympl, shares its etymology with the name of the micronation itself, derived from gympl, a slang word for gymnázium (gymnasium). The origins of the word gymnázium goes all the way to Ancient Greek γυμνάσιον (gumnásion, exercise, school) and γυμνός (gumnós, naked)

Before the city was established, the name Fort Gympl was unofficially considered by a small portion of the population. The word fort (derived from Middle English and Middle French fort, meaning strong) would refer to the school building located on the territory, whose shape and size was thought to partly resemble a fortress compared to neighbouring buildings. When the decision to establish a city on the claimed territory of the Gymnasium State was made, the name Fort Gympl was deemed too Anglophonic for a Czech name and the current name, Sušice-Gympl, was chosen instead. There is no official demonym form of the name, with the Gymnasian demonyms Gymnazist or Student most often used instead.

The territory belonged for the most of history to the Lands of Bohemian Crown, and it was controlled by nearby town of Sušice. Due to the land being waterlogged, it was never used until 1909, when the land was given to Sušice gymnasium to build a new building for it. The building was finished in 1911, and served as a school until 1944, when it was completely closed by the Nazi German occupants. It was reopened in 1945, but the school moved elsewhere in 1948. The building was then used for different purposes of the communist regime until 1990, when the school returned.

The first state-like entities, operating within the territory, were the communities preceding the Gymnasium State, including The Imperium. However as none of those communities ever claimed or controlled any territory, the modern-day Sušice-Gympl stayed under undisputed Czech control as a part of the town around.

This changed on the 1 September 2017, when the Socialist State of Gymnasium declared independence. It only claimed a single room in the building, being one of few nations to not claim any airspace and with top and bottom borders, outlined by the walls, floor and ceiling of the room. But some of the government actions still did not take place within the claimed area. With the revival of the micronation as the Gymnasium State in late 2017, the claim was kept identical with the claim of the Socialist State.

Soon into the existence of the refounded Gymnasium State, more and more government activities, including debates and votings, were taking place in the building, but outside the claimed area. Because of this, the Government decided to claim the rest of the building as well. This came into effect on 1 February 2018, setting the borders of the Gymnasium State to the current extent of both the micronation and Sušice-Gympl. The territory was considered to be the capital of the Gymnasium State under the name of the surrounding town, despite being only a small part of it. Few attempts to incorporate the territory as an official administrative region were made along territorial expansion proposals.

As the time went, an idea of distinguishing between the territory claimed by the Gymnasium State and the rest of the town occured. The idea became even stronger after the Sušice summit on 28 September 2019, as the name could imply the event took place in the claimed territory of the Gymnasium State, which was not the case. This led to the Constitutional Act of Capital City Change being drafted. The Act was adopted on 19 October 2019, which led to establishment of the Sušice-Gympl as an administrative region and the capital city. The access to the city was limited on 10 March 2020 as the Gymnasium State closed it's borders until an unspecified date, and was then restored on 6 June, alongside division of the territory in three zones of accessibility. 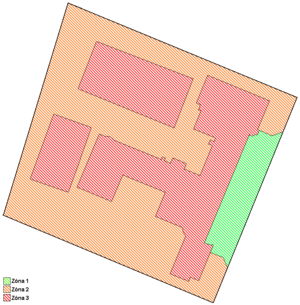 Despite the Gymnasium State does not require any checks to cross the border, the territory is divided in three zones, in which the Sušice gymnasium has the rights to restrict access.

Formerly, Sušice-Gympl was also paired with Aden, the capital city of Liangsi.

The flag and coat of arms of Sušice are both still considered an unofficial flag and coat of arms of the region, despite being two different entities. Another flag design sometimes considered the flag of the region is the original proposal of orange banner with the Gymnasian flag in the canton, designed for the territory when the administrative regions were discussed. The last thing to be sometimes considered an insignia of the region is the logo of the gymnasium, and one of the original Socialist State of Gymnasium flag proposals based on it, this is however the least popular version.