From MicroWiki, the free micronational encyclopædia
(Redirected from Atovia)
Jump to navigation Jump to search

Atovia (/ə.'toʊ.vi.ə/), officially the Kingdom of Atovia (German: Königreich Atovien), is an unrecognized nation with land claims in Ohio and Texas. The nation was founded on 5 May 2017 by Connor Stumperth; the first and currently reigning monarch. It is governed under a semi-presidential constitutional monarchy with a unicameral parliament. The nation takes inspiration from the Federal Republic of Germany, the Swiss Confederation, and Canada.

The Kingdom of Atovia is organized as a federation of provinces that may exercise a great deal of autonomy. Each province has the right to form its government as it wishes, conduct relations with other nations with the approval of the federal government, and draft provincial constitutions and laws. The federal government retains the right to determine whether the provinces are performing their duties to the standards set forth. There are currently two provinces, Theolonia and Zederschloß.

The name Atovia was chosen by Connor I before the foundation of the Kingdom. It was chosen for its aesthetic appearance and the sound of the particular vowels in the name. The name holds no meaning in any language as far as is known. The German name was determined by following similar patterns to other nations in the German language.

Before the foundation of the Kingdom of Atovia, the land was controlled by the Democratic Kingdom of Mallanor. This was the first nation founded by Connor I, officially created on 28 April 2014. Mallanor existed between 2014 and 2016 with periods of activity and inactivity. In May 2016, the nation was declared to be defunct by Connor I.

The Kingdom of Atovia was founded by Connor Stumperth I on 5 May 2017. The government took inspiration from the previous Mallanorian system, with other influences from the Federal Republic of Germany and the Swiss Confederation. The nation initially claimed no land, but the previous Mallanorian borders were adopted later by the king. This period lasted from the foundation of the kingdom in May 2017 to the beginning of a time of greater development in January 2018.

This era of Atovian history began in January 2018 and lasted until February 2019. The development period includes the final organization of the government, the writing of the Basic Law, and the first federal elections. Connor I passed several Royal Edicts during this time. Most of them took advantage of the executive power of the Monarch to organize the government, legislate on citizenship, join organizations such as the Konmahleth, and create a system of Atovian honors and awards. This period ended after the first parliamentary election in February 2019 because the government was deemed to be well-established enough at this point to have left the development period.

In early April 2019, Richard Dalton, the president of the Federated States of Transterra and chancellor of Atovia, expressed his desire to merge Transterra into Atovia. This was due to his increasing amount of work as a student. The merge was accepted by both parties and was formalized with a treaty.[1] The merger took effect on 23 April 2019. There were a few major effects of this event. Firstly, the Kingdom of Atovia would gain control over all of the federal states of Transterra as provinces. These states were Verraland, Judesberg, Sylvana, and Tuskawanta. Secondly, all Transterrian citizens were guaranteed acceptance of Atovian citizenship upon completing the normal application form.

Atovia is a semi-presidential democracy with a constitutional monarchy headed by the Monarch and the Chancellor. The nation is a federation of semi-autonomous provinces under one federal government. The system of government is officially described in the Basic Law of Atovia. The Government consists of ministers in the Council of Ministers and the prime minister. The government is responsible for the daily governance of the entire kingdom through their respective portfolios.

The monarch is the primary head of state of the Atovian government. The Kingdom of Atovia is a constitutional and semi-elective monarchy. The power of the monarch is limited by the Basic Law of Atovia, but the monarch is still granted royal prerogative. The monarch rules for life following their coronation. After the end of the reign of the previous monarch, the next monarch is chosen following the rules of absolute primogeniture. If the house of the reigning monarch becomes extinct, a new royal house will be elected by the Atovian nobility. This group is known as the Royal Council of Atovia.

The current monarch of Atovia is Connor I, the founder and first king of the nation. His reign began on 5 May 2017 when he officially founded the Kingdom of Atovia. 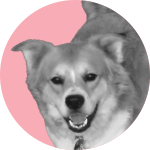 Chase von Mahoning, the chancellor of Atovia since 29 October 2022

The Council of Ministers consists of the heads of all main government departments. Each minister is appointed to a portfolio by the chancellor on the recommendation of the prime minister for a time up to the limit of the prime minister's term. Ministers may appoint and dismiss Directors to lead sub-divisions of their ministry at will.

There are currently four critical ministries controlled directly by the monarch. 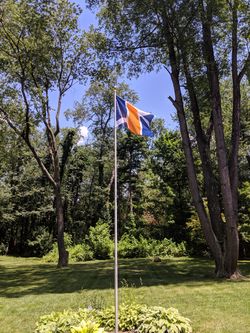 The flag of Atovia flying

The Parliament of Atovia is the unicameral legislative body of the nation. The House of Commons is the supreme organ of government, being the most powerful according to the Basic Law of Atovia. Members of Parliament (MPs) are elected directly by the citizens of each province to represent the province in federal affairs. MPs are elected for a one-year term.

The 2019 parliamentary election took place at the beginning of February of that year. One MP was elected in this election, and two more were elected in the February by-election. The current parliament is the 1st Atovian Parliament.

Following the September 2019 parliamentary election, Thomas Bainbridge of the New Democratic Party formed a coalition with the Libertarian Party. This made Thomas the first prime minister to serve two consecutive terms.

The federal court system consists of three main types of court: Courts of Common Pleas, Appellate Courts, and the Supreme Court of Atovia. The Court of Common Pleas is the court of first instance for all crimes committed by a citizen outside of any provincial jurisdiction. Following the initial ruling, an appeal may be made to the Court of Appeals to review the case. Following this, the Supreme Court is the court of last instance, and rulings may not be appealed further. The Supreme Court is also used for crimes committed in more than one province, and for suits against the government of a province or the federal government. The Supreme Court also holds the power of judicial review.

The Chief Justice of Atovia is the head of the federal judicial system and administers all federal courts. The chief justice is appointed by the chancellor for a five-year term. The appointment is approved or rejected by the House of Commons, acting as the voice of the provinces.

Elections to choose a chancellor are held every two years in Atovia. New MPs are elected at least every year during parliamentary elections. The prime minister is usually the leader of the largest party represented in the House of Commons or the leader of a coalition government. 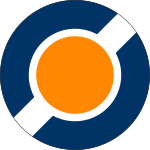 The roundel of the Royal Atovian Air Force

The Armed Forces of Atovia are a defensive force that can be mobilized to defend the nation from a variety of threats, both external and internal. The monarch is the Commander-in-Chief, and the military as a whole is under the jurisdiction of the Minister of National Defense. The roles of the military include defending against external threats, defending the monarch, disaster relief, aiding the surrounding communities, and various ceremonial duties. Training for military personnel will consist of a basic training course and quarterly practical training and testing. There are three branches of the armed forces: Army, Navy, and Air Force. Each branch has a specialty and field of operations.

The armed forces are currently inactive, though universal conscription will be established to maintain the command structure.

The Kingdom lies on the border between a Humid Subtropical (Cfa) climate zone and a Humid Continental (Dfa) zone under the Köppen climate classification system. Because of this, the nation shares a climate with much of the Midwest and Southeastern United States and has slightly warmer summers than East-Central Europe. These climate zones are characterized by large seasonal temperature differences, with warm to hot summers with high humidity and cold to severely cold winters. Precipitation is usually well distributed throughout the year.

Religion in Atovia as of January 2021

The culture of Atovia is derived mostly from the Midwest United States, where most of the citizens reside. Atovian culture also includes many elements from Central European culture, especially nations with German as an official language.

According to the Atovian Basic Law, the official languages of the nation are English and German. However, the right to speak any language freely is also in the Basic Law. English is the most used language, with German only being used for certain official purposes.

There is no official state church of Atovia.