Connor I (born Connor Stumperth on 19 December 1998) is the King of Atovia. Formerly, he was the King of the Democratic Kingdom of Mallanor. He is a center-left micronationalist, founding the New Democratic Party of Atovia. His micronational career began in 2014 with the foundation of Mallanor and his joining of the forum. One year after the collapse of the Mallanorian government and the start of his inactivity, Connor founded the Kingdom of Atovia, which is now his primary focus. Connor also holds citizenship in the Abeldane Empire, the Kingdom of Hrafnarfjall, and the State of Pacem. 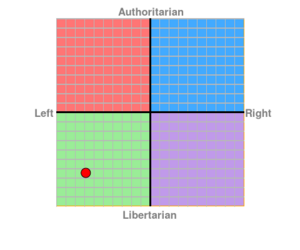 Connor I on the political compass, October 2022

Connor I founded the Democratic Kingdom of Mallanor on 28 April 2014, becoming its first and only King. While he was de jure a constitutional monarch, the lack of other government members left him as de facto absolute monarch. Much of the power of government was later shared with the prime minister, Michael H., during his two years in that position. The balance of government began to fall apart after the election of Ben W. as prime minister in April 2016. Shortly after this election, the government became permanently inactive and Connor I declared the nation defunct in May 2016.

Following the collapse of the Mallanorian government, Connor I began to work on a new micronation. On 5 May 2017, this work manifested as the Kingdom of Atovia. From May to December of that year, the kingdom maintained a low level of activity while Connor I developed the government and culture of the new nation. In December 2017, Connor I appointed a Minister of Energy and also appointed himself to the positions of acting Minister of National Defense, Minister of Foreign Affairs, Minister of Justice, and Minister of Public Safety, determining that these ministries were critical to the future of the nation. Shortly afterwards, in January 2018, he appointed himself Minister of Internal Affairs.

Following the abdication of Newton von Uberquie from the Abeldane throne in May 2020, the then King of Tusmore, Nicholas Kaos ascended to the imperial throne. This required him to abdicate the throne of Tusmore, which he did by appointing Connor I as Regent. An election was then held in accordance with the constitution of Tusmore in June 2020. Connor I was elected as the second King of Tusmore with Thomas Bainbridge as Regent.

Connor is a student of Civil Engineering officially, but also a vexillographer and cartographer by hobby..

Throughout his time within the micronational community, Connor has taken on different titles, honors and offices. 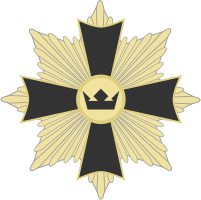 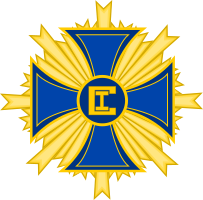 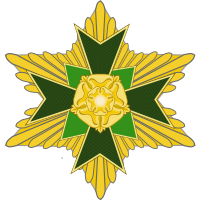 The original Royal Standard of Atovia was designed and adopted by Connor I on 19 May 2018. The design was then updated on 3 November 2018 and updated further, to the current design, on 30 December 2019. The Royal Standard represents the monarch and is only permitted to be flown from buildings in which the Monarch is residing or displayed on vehicles used by the Monarch for official duties. The standard is a swallowtail horizontal tribands of blue, white, and orange, charged with the greater coat of arms.

The Royal Cypher was designed and adopted by Connor I on 20 May 2018.