The Danko House is the de-jure official residence of Earl Finn of Hawarden and the de-facto building of the Ministry of Foreign and Commonwealth Affairs. It has a population of four people and one dog. It is a significant district in the county of Sandon, and the province of Greater Baddow, located in the Commonwealth of Essexia. The district is an acre in size and is a key logistical and administrative centre of the Commonwealth of Essexia, and has been historically significant in being the location of much of the primitive and recent undergoing of Essexian diplomacy, both in terms of with other micronations and within the Grand Unified Micronational.

In 2018, a major extension was undertaken to the residence which added 1/3 more floorspace, enabling the then Foreign Minister Lord Matthew to have a bigger bedroom to conduct his activities.

Notably, it is the closest building by distance to the Emperor's Residence, and was the base of operation to the Rush of Fort Morris in 2019. It is also parallel to Fort Morris, a key military fortification in Essexia.

Although Lord Matthew is no longer Foreign Minister, the building remains to be the building of the Foreign Office, and officially, it is now the residence Lord Finn despite the fact he lives in Hawarden.

On the 12th of February 2019, Emperor Terry accompanied by Lord Matthew and Chief of the Armed Forces Lord Jack, the then Chief Ambassador, crossed a farmers field opposite The Danko House, to march upon a World War Two era pillbox to claim the fortification for the defence of the Commonwealth, and in the name of the strategic interests of the Nation. At 16:20, Emperor Terry planted the Essexian flag and decreed the pillbox as "Fort Morris," the first Essexian fortification. The Danko House was the key Foward Operating Base for the operation.

On the afternoon of the 12th February, Emperor Terry, accompanied by just Lord Jack and Lord Matthew, used the residence for the preparations of the invasion. They were being accompanied by the home guard of Lord Matthew, who were operating the reconnaissance drones used to scout the area for hostiles. The proximity of the residence to the Fort enabled the operation to run fairly seamlessly; through simple observation from windows it was discerned the sky was relatively clear, and the weather was suitable for the attack. Therefore, it was a key military asset.

During the operation, the Emperor slipped and became unconscious. The Danko House was temporarily used as a medical facility to help him initially recover. 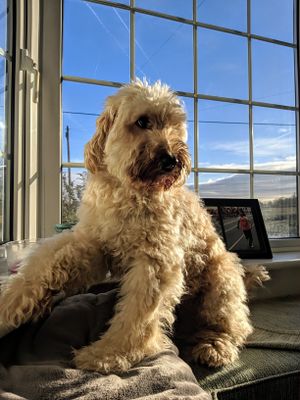 Official portrait of the Duke of Danko

The Danko House is home to the Duke of Danko, which is a ceremonial position given to the animal living in the Danko House. The current Duke of Danko is the Foreign Ministries pet dog, Buddy, who has held the position since its creation. The official functions given to the role include being cuddled, barking at postmen and being adorable. In the words of the Foreign Minister, "Buddy is perhaps the only competent staffer of the entire ministry, which says a lot about Essexia."

Buddy is a male Miniture Labradoodle who is 6 years old. His birthday is the 5th of November.

Buddy enjoys dog biscuits, especially those provided by the mother of Earl Jack of Molrams, who some describe as the connoisseur of canine confectionery.

The noun 'Danko' derives from the surname of a teacher who formerly taught many politicians in Essexia, including the Emperor and Minister of Foreign Affairs Lord Matthew. 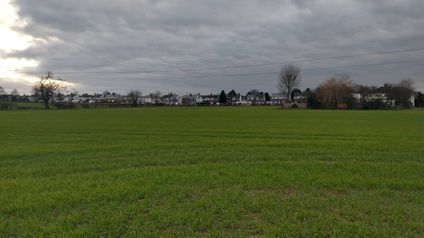 View of the field parallel to the residence, with the Danko House in the distance
Retrieved from "https://micronations.wiki/index.php?title=Danko_House&oldid=823204"
Categories: