The Honourable Jacob is the current Supreme Judge of Essexia, and is a former First Minister, Lord and Justice Ministry of Essexia. He became First Minister after martial law and the return to democracy, as a member of the Old Guard Party. 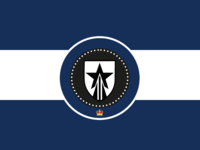 Lord Jacob would remain rather quiet in Essexian politics until the Black Weekend, where, after Lord Matthew's resignation from parliament and the Royalist Party, Lord Jacob was suggested to become First Minister and unite the Commonwealth. Legally, under civilian laws, he could not easily do that as he was not in parliament. During the Black Weekend, he, Lord Matthew, and several other former Royalists formed a new party called the Old Guard Coalition (later changed from coalition to party). As the Black Weekend dragged on the ruling Royalist party began to collapse and no clear government could be formed it appeared an election would occur. However, Emperor Terry instead declared martial law, making jacob Lord Commissar of the military government.

The military government was made up entirely of Old Guard Party members and was seen as a psuedo coup by some. During the regime the military made a few enemies as it pushed through laws that alienated members of Essexia. The military regime came to an end after eight days of martial law and transitioned back to a civilian government, where the Emperor had appointed 5 Old Guard Lords allowing Lord Jacob to serve as the leader of a minority government. This was critised by many as it was seen as unlawful and undemocratic. It was later discovered to be illegal during the May 2020 Essexian Constitutional Crisis and caused all kinds of problems for Parliament.

Lord Jacob also played a part in the Grey Weekend, and for this period was briefly a part of the WAR Party.

He became the Minister of Justice on the 22nd January 2020 following talks between himself, Earl Jack and Earl Finn to reshuffle the cabinet; It was felt by some that the current Justice Minister, Emperor Terry of Essexia, should not have held the role, and so Lord Jacob was moved into the role. It was also noted that he had failed to fully fulfil his duties as Interior Minister.

Emperor Terry appointed Jacob as Supreme Judge on the 3rd of June 2020, Jacob then resigned as Minister of Justice in order to move away from partisan Essexian politics to and to focus on his new role as Supreme Judge.