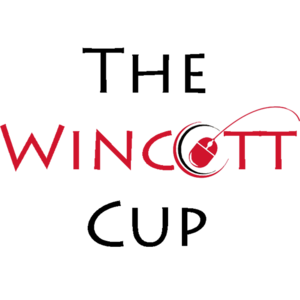 Jack D of Essexia, the creator the Championship, hoped that the competition would bring the GUM micronations together, as well lovers of the HOI franchise.

The game is played non-competitively, however at the end of the game, the players would decide on a ranking for each player as well as any awards that players may have deserved.

The Wincott Cup was named after a passive but strong supporter of Essexia's independence, whom helped craft the ideals of the micronation. The Parliament of Essexia felt the cup should be named after him as a sort of legacy, and as he was also a fan of the Paradox grand strategy video game series.

Originally, it was planned that Essexia would host the first cup game, and then the winner of the subsequent game would host the next one, and so on. However, Essexia won the first game, and Shenistan (the micronation which won the second game) did not host the third game, but rather Essexia did. As such, Essexia has always hosted the Wincott Cup.

Essexia hosted the first Wincott Cup as they created the Championship, and wished to set an example, as well as create a learning experience. Their emblem featured the Paradox Interactive logo in front of a globe, set in a circle. The year of the cup, 2019, is inscribed at the bottom of the outer ring. The emblem was designed with Essexia's colours of Crimson red, black, and white, as featured on their flag. The date of the game was decided to be Saturday 22 June 2019. Essexia, Slavistonia, Somcow, and New Albion participated in the June 2019 game, with Tony Sweigart of Somcow and William I of New Albion leaving during the match. Emperor Terry (Essexia, Germany) and Lord Matthew (Essexia, USSR) came joint first place, with (New Albion, Romania) coming second, President Isaac (Salvistonia, Poland) third, Lord Jack (Essexia, Brazil) fourth and Crown Minister Elliot (Essexia, New Zealand) fifth. Overall the game was deemed a success, despite internet issues, and a later 2019 game was planned.

Plans for a third-annual game began as early as January 2021, however lack of participants or planning led to continual requests by players to go unfulfilled. It was organised in December for the 30th, right before the end of the year. The event started at 18:00 UTC, and present for the game were Jacob and Finn for Essexia, Jack and Harry for Poplar Nerva, Matt for Shenistan, Ekaterina for Cycoldia and Amelia for Lytera. A number of others were unable to attend but had voiced interest. For the first time in the cup's history, a non-essexian was deemed the winner - Ekaterina of Cycoldia, playing as Germany. Amelia of Lytera received the Best Nation Creation award for creating a unified Poland-Romania-Hungary, whilst Finn of Essexia received the Last Stand award for returning from the brink of defeat in a brutal civil war to creating a pan-pacific alliance. The Spam award was not given out for lack of any appropriate recipients.

Following the late organisation of the 2021 Wincott Cup, Jack promised at the end of the game to organise the 2022 cup game for Easter or Summer 2022. Participants also repeated previous calls for multiple games per year, which was taken into consideration.