Plitvice (abbreviation: PV; formerly known as Smithton) was a city in New Eiffel. Known for its wildlife, flora and lush landscape, the city had no permanent population, though it frequented visitors. Due to its central location in New Eiffel, bordering both New Leeds and New Eiffel's capital, Új Repülő, it was ideal for travellers to cross it. The city saw little business activity aside from recreational outdoor uses, however had the leading agricultural industry as well as popular national parks.

Plitvice was situated in the central point in New Eiffel, founded after early January 2018, alongside the same date as New Eiffel's other two cities. It was originally named "Smithton", a similar name to New Leeds' old name "Smithington". Although the city has no permanent population, it frequents visitors, as the Main Route 1 travels through Plitvice on the north side. 39, 41 Bomb Shelter, an air-raid shelter that was built in the United Kingdom during World War II, was a popular attraction, and was listed as a grade 3 structure by the New Eiffel Registry Ministry due to its "historical significance".

Plitvice was situated in the central point of New Eiffel, founded after early January 2018, originally named "Smithton", a similar name to New Leeds' old name "Smithington". The city was founded alongside the same day as New Eiffel's other two cities. The city has continuously been the territory of New Eiffel since the Republic of New Finland, through the Kingdom of New Finland and now the Principality of New Eiffel, and has consistently been the described as the most neglected city of New Eiffel. The city was renamed to its current name on 11 August 2018, following the reunification of New Eiffel. Annually every June, a swimming pool was setup. It was announced in late December 2019 that having elections for Mayors of all three cities would be considered for sometime in 2020, however the 2020 New Eiffel mayoral elections were later cancelled due to lack of interest. Plitvice was particularly a hot debate topic during the official debate, questions pointing at whether or not Plitvice should be merged into another city or completely abolished were asked. In July 2020, the field was used as a camping ground.

When Plitvice was founded in early January 2018, it was known as "Smithton", a similar name to New Leeds' old name "Smithington". Plitvice was later renamed around the same time as New Eiffel's other two cities; it was named after Plitvice Lakes National Park, which is is one of the oldest and largest national parks in Croatia.

Plitvice was one of three cities in New Eiffel, indicating that it was a municipality, which has corporate status and powers of self-government and jurisdiction as granted through the constitution.[1] These powers are exercised by the elected Mayor. Such as every New Eiffelic city, Plitvice has a city council, which was elected directly by the government every three years. Janus Smith was the first and only Mayor in Plitvice's recorded history, though the exact history remains unclear and left to speculation. The Major was granted the style "His Excellency". The position of Mayor has been vacant since New Eiffel's reform back in August 2018. It was announced in late December 2019 that having elections for Mayors of all three cities would be considered for sometime in 2020, however the 2020 New Eiffel mayoral elections were later cancelled due to lack of interest. 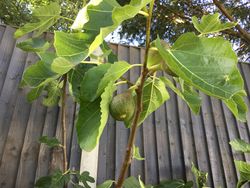 A common fig in Plitvice

Plitvice was situated in the central point of New Eiffel, and was the second smallest New Eiffelic city with an area of approximately 198 m². The city was mostly bordered by the United Kingdom; and also borders both New Eiffelic cities, New Leeds to the east, and Új Repülő to the west. The city has the largest amount of plantation and thriving wildlife of any city in New Eiffel. Plitvice has no bodies of water. 39, 41 Bomb Shelter, an air-raid shelter that was built in the United Kingdom during World War II, was a popular attraction, and was listed as a grade 3 structure by the New Eiffel Registry Ministry due to its "historical significance". The majority New Eiffel Gardens, a botanical garden, was located in Plitvice; it consists of a bench, potted plants, wild flowers, agricultural plants and various installation arts. Furthermore, the city occasionally sees red foxes entering across the border, and two domesticated cats of the royal family, as well as occasionally the cat Ralph who was the only animal that has been banned from entering into New Eiffel. Another three to five cats are estimated to cross into Plitvice every year. Plitvice was also home to a number of different birds, and multiple species of moths, worms and spiders have also been reported.

The climate of Plitvice was of that of New Eiffel's, due to its small size. In general, the climate of Plitvice was cool and often cloudy, and high temperatures are infrequent. It was often rainy in Autumn, Spring, and the Winter. Summers are generally warm, sometimes hot. New Eiffel's average July high was above 27 °C. Winter was often very cold and has little temperature variation. Heavy snow was rare but light snow usually happens at least once each winter. Spring and autumn can be pleasant. Plitvice gets a very low amount of precipitation annually. Typically, 25 °C or higher was considered almost unbearable, and -1 °C was worthy of a weather advisement. New Eiffel receives these weather advisements through the Cupertino Alliance weather station project.[2] 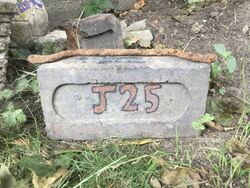 Even though Plitvice had the smallest business and limited operations in New Eiffel, Plitvice's open fields made it an ideal location for campers, bikers and even hikers. Sports were a major industry in Plitvice, and all three rugbull tournaments—the national sport of New Eiffel—had taken place in Plitvice, so much that the field was often nicknamed the Rugbull Field. Throughout its existence, multiple swimming pools, tents and playground equipment, such as a trampoline, have been set-up on the field while rugbull was not in play. Plitvice's area of New Eiffel Gardens was also home to a large number of public art, such as a birdhouse, lights and the art sculpture "Stone atop Some Bricks".

Biking was the main way of transportation throughout the city, though walking was also a popular recreational activity. Due to its central location in New Eiffel, bordering both New Leeds and New Eiffel's capital, Új Repülő, it was ideal for travellers to cross it. Plitvice had three roads - The New Eiffel Main Route 1 leads straight through Plitvice on its north side, leading into Új Repülő. The J16 begins at the easternmost point of Plitvice, heads westward and terminates at an intersection with Prince Zabëlle I road in Plitvice and Dead Tree Lane, which was in Új Repülő. The J16 also leads into the J25, a short, roughly 6-metre (19 ft) long dirt road. It was constructed as a diversion to the J16 after an area of the roadway flooded near 39, 41 Bomb Shelter, and turned into a muddy hole. The J25 was constructed primarily by Janus Smith et al. – turning a dirt pile into a flat and rideable surface. The J25 was no longer needed, however still commonly used. Randouler Street was a street named in honour of the deceased micronationalist Nicholas Randouler. Smith Street was located completely on the J16, and Norton Street on the Main Route 1. All streets were proclaimed and designated by the Minister of Transportation on 10 March 2020. Plitvice's vehicle registration plate code was 02.

The flag consists of a yellow ex, cut short at the bottom - The top and bottom colours being light blue, and the left and right colours being forest green. The emblem was a simple shield, with a white background in the middle; a pick rose covering a Christian cross.