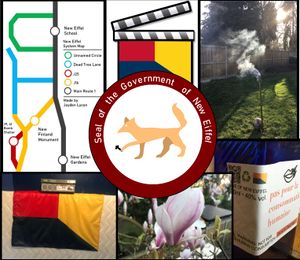 The national symbols of New Eiffel are things which are emblematic, representative or otherwise characteristic of New Eiffel or New Eiffelic culture.[1] Some are established, official symbols, including the flag of New Eiffel, and governmentally-named symbols, such as the national sport, flower or animal. Other symbols may not hold any form official status, for one reason or another, but are likewise recognised at a national or even intermicronational level (such as New Eiffel's vibrant film industry) The symbols were adopted at various stages in the existence of New Eiffel and various rules and regulations governing their definition or use. The flag of New Eiffel was adopted on 11 August 2018 when New Eiffel reformed into a principality and the coat of arms was adopted on 4 March 2019, after the erstwhile Prince Zabëlle I was offered a new coat of arms by Grand Marshal Abrams I of the Society of Arms. New Eiffel also has various monuments, such as the Surrealist Art Gallery, a modern art gallery headquartered in New Leeds, which opened on 15 January 2020, and 39, 41 Bomb Shelter, an air-raid shelter that was built in the United Kingdom during World War II. The national state route is the New Eiffel Main Route 1 and the longest road in New Eiffel at 42.8-metres (140 ft), which travels from Plitvice to the capital Új Repülő.[2][3] 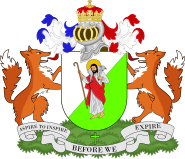 The national coat of arms. 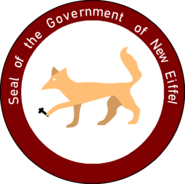 The Government Seal of New Eiffel is the national emblem used by the Government on official documents, such as treaties, records, letters, documents, and unofficially used in parliament and road signs. The seal was created by Jayden Lycon and the Cupertino Alliance as an appreciation gift for New Eiffel's membership to the Cupertino Alliance and as a test run for the new Cupertino Alliance ministerial seals, with New Eiffel adopting the seal on 25 March 2020. The seal contains Hardy the Fox and a Latin cross, all surrounded by a dark red circle inscribed with the words "Seal of the Government of New Eiffel". It replaced the former government seal, which, alongside two variations were all created by Zabëlle Skye on 23 June 2019.[7]

The logo of the Church of New Eiffel, the state Church, although it has no power in the government. The logo of the Church of New Eiffel, the state Church, is a typical Latin cross, made up of the colours of New Eiffel's flag;[6] the Unity symbol consists of the capital letter 'Z' with a tilde (~) centre-middle and a caret (^) at the top. Sometimes two straight lines are included on both sides of the symbol - the symbol represents unity and peace;[6] buckets are commonly used to represent love and romance, and commonly appear on cards or as decorations during Valentine's Day. The origin of the tradition is unknown, however it arose before Valentine's Day 2020; ŁN is the symbol for the former national currency Łight Net, which is no longer in use after it was replaced by the also no-longer in use currency the ping - Łight Net was first introduced on 24 June 2018, and was regularly used until 12 July 2018, when Janus Smith burned all of his Łight Net notes in protest against the number plating and ID system used for bicycles; New Eiffelball, nicknamed Eiffball, is the microball for New Eiffel: it is commonly drawn holding or using a film camera or sometimes clipboard. The first known New Eiffelball was drawn by Mel I of Landland on 21 February 2019, and depicts New Eiffelball standing atop Eiffel Tower in France. Since than, New Eiffelball has been featured in ten comics.[6] 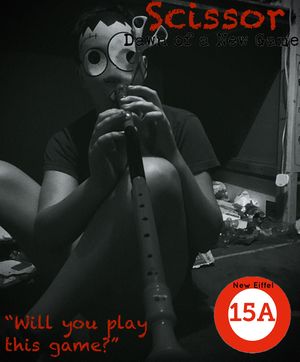 Scissor: Dawn of a New Game (2018) is often called one of the greatest New Eiffelic films ever made 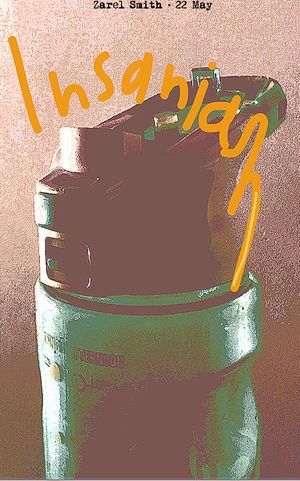 Cultural icons are symbols associated with New Eiffelic identity, or in popular culture, that hold no official government status as national symbols, however nevertheless are still held in high regard.

New Eiffelians speak New Eiffelic English, a dialect of English, as well as Afrikaans, and with a large influence from South African culture, are known for being polite, having a poor sense of humour, and are commonly fans of New Eiffelic media and British television.[6][29]

Previously, there were three official designs of the seal, all created by Zabëlle Skye.

Hardy the Fox is a mythical creature in New Eiffelic folklore, who appears in a number of poems and symbols, most notably he is on the government seal. Hardy is commonly presumed to be male. Hardy's personality is supposedly playful, friendly and welcoming, and while he is said to be brave, is actually very cowardly. Hardy is the subject in the Government Seal of New Eiffel.[7]