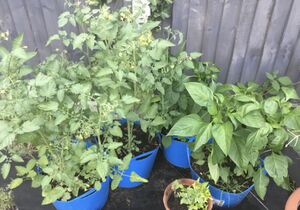 Tomatoes being grown in New Eiffel 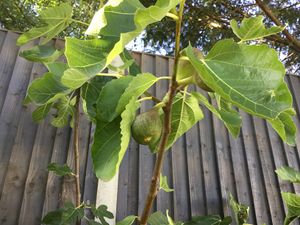 A common fig in Plitvice 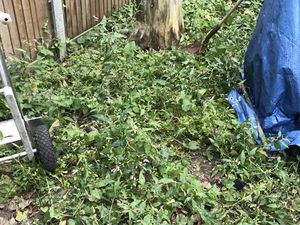 Weeds are a common problem in New Eiffelic agriculture

Agriculture in New Eiffel was unique due to the micronation's position as a small, urban landlocked enclave of London, UK. The agriculture industry was very small due to the little need there was for local farming alongside other limitations, including low earnings and lack of farmland. The nature of New Eiffel was fundamentally urban and none of the land got reserved for significant agricultural uses, most of the remaining land being reserved for recreational purposes, such as the Rugbull field in Plitvice which was used for hobby cycling, camping, trampolining and space for an annual swimming pool among further recreational uses.

Plitvice had the largest agriculture industry in New Eiffel, followed by New Leeds then Új Repülő, which despite its decent amount of non-urban land, was mostly reserved for bike transport, a playground, and recreational walking.

Despite the access to advanced technology, all farming was kept one-hundred percent organic. Since the agriculture industry was very small, New Eiffel only has a very small amount of industries; tomatoes, apples, figs and blackberries. Four tomato plants were planted and grown in the late summer of 2020 in Plitvice; an apple tree known as New Finland Monument between Plitvice and Új Repülő produced healthy apples, most commonly used for making apple juice and pie; there was a common fig in Plitvice; in late August 2020, it was discovered blackberries began to grow over New Eiffelic borders - they had been regularly picked and eaten.

See: Geography of New Eiffel#Land use

The agriculture industry struggled with a large weed problem. Diseases are not common, and the only real threat to plants aside from weeds were snails or other bugs which eat the tomato plants. Weed Removal Industries was a weed control service in New Eiffel which used manual removal methods such as manually pulling them out of the ground and screwdrivers. It was formed by Janus Smith in March 2020, and since it was the only weed control service within New Eiffelic borders, it naturally held a monopoly over the weed removal sector.