New Eiffel School (founded in 2018) is a nonprofit independent school located in New Eiffel, Új Repülő,[1] which provides education for individuals aged 7 – 18. The school offers a number of subjects including English Grammar, mathematics, and history. As of 2019, there are 2 full-time staff members and 3 students.

Construction for the school officially started on 18 June 2016. By 23 April 2017, the school’s foundation was finished and the school was ready to be built. It was planned that there were going to be two rooms, and there would be running power.

Construction for the school was officially finished on October 2017. It later became a school of New Eiffel once New Eiffel was established.

The school was temporarily closed between 13 March until 15 April 2020, due to the 2019–20 Coronavirus Pandemic. It was reopened following the little threat imposed by COVID-19 for citizens within New Eiffel's borders. 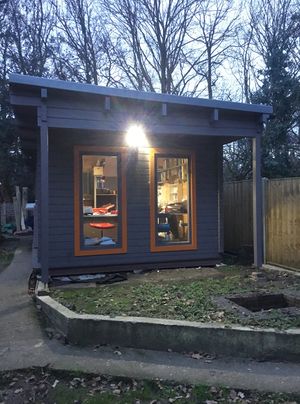 An image of New Eiffel School

There are a total of 10 subjects