Besides the word "Indonesian sector" and its Indonesian counterpart, a synonym of "Indonesian micronational community" (Indonesian: Komunitas mikronasional Indonesia) also is frequently used to refer groups of micronations in Indonesia. The word "Rumpun Indonesia" was created in early 2020, and is promoted to those wishes to avoid usage of foreign loanwords (sektor is direct English loanwords of "sector", rumpun is native Indonesian word).

Besides its location, to be considered as a member of the Indonesian sector, a micronation also should have some form of binding with Indonesian national or one of its ethnic groups (Javanese, Sundanese, Minangkabau, Aceh, and/or others) culture, and associating themselves with it, instead of only lay claims over Indonesian territory.

Indonesian micronations history is not known very much prior to 2010s decade. The first known entity conforming with characteristics of a micronation known to the public was the Democratic Empire of Sunda, which claimed to be the successor of the former pre-colonial Kingdom of Sunda in-exile in Switzerland.[2]. The Empire made media headlines when two of its princesses, were detained and charged by Malaysian authorities for entering the country without a valid pass after attempted entry to the country from Brunei Darussalam[3].

The first ever Indonesian micronation organisation, the Association of Indonesian Micronations was established by Adriansyah Yassin Sulaeman and Nabil Ihsan in 11 July 2011.[6]. Several other organisations were founded later, which includes Indonesian Micronational League in April 2012, and LIR Union in June 2012. The only successful intermicronational summit on the sector was organised by LIR Union and took place in August 2012, with Los Bay Petros as the host country[7]. 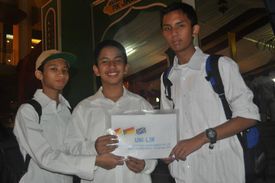 Heads of state of LIR Union during 2012 summit

Various official summits were planned by Indonesian micronationalists, motivated by the success of the August 2012 summit by LIR Union. Unfortunately, the planned always failed to took place, especially due to financial issues and great distance among each micronations. The latest attempt on the Indonesian micronational summit was planned to be held in June 2015[8], with Indokistani capital Suwarnakarta as the host, which also failed.

Indonesian sector receives its strongest blow in 2015-2016, when the most powerful micronations inside the community, Indokistan and Los Bay Petros dissolved on that year. While Los Bay Petros already abandoned by its citizens at the end of 2014, its collapse was only recognised by the community in February 2015, when its membership status on the AIM was reluctantly stripped by fellow member states.[9]. Following Los Bay Petros, Indokistan announced its disbandment in July 2016 after declining activities of its members[10].

The collapse of those micronations heavily affected the community and lamented by micronationalists[11], since both micronations had become an example of an established micronation for newly founded micronations, and its members were heavily influential in the sector. Suwarnakarta Institute founded by the only remaining active citizen of former Indokistan was the remnant of the two former powerful micronations on the sector.

The collapse of Los Bay Petros and Indokistan followed a trend on declining number of micronations dissolving itself because of inactivity or deliberate dissolution, for example Warung China and Democratic Kingdom of Love Mainland in 2016[12], and Sunda Raya in early 2018. The majority of remaining active micronations were confined to the members of the AIM that strives for efforts on the regeneration of the organisation despite of decreasing members. 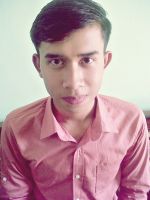 A sign of recovery on the sector was appeared in early 2018, when a new group of micronations emerging from South Jakartan region, led by United Indonesian States of Sapu Lidi, the predecessor of the current Neuborrnia-Merientalia. When the UIS was first established, more micronations from the Stradan sector began appearing, and the term Strada sector was coined in mid-2018 as a grouping for those micronations. The sector was recognised by AIM as the first "sub-sector" of the Indonesian sector in early 2020.

One of the pioneer of the sector, Tian Abdurrahman of Arkapore, passed away on 9 September 2019, resulting in a heavy loss for the community.[13][14].

A community with micronation-like characteristics aroused public reaction in early January 2020. Keraton Agung Sejagat and Sunda Empire were made known to the public after videos of its activities went viral in Indonesian social media. Despite the neutral response of the Indonesian public that making those movements as laughing stock and circulating memes related to it, Indonesian authority took stern actions by arresting founders of the Keraton and later Sunda Empire[15][16],, after requesting assistance from the intelligence community to investigate possible criminal offence of both communities. The sudden public interest in those communities with micronation characteristics led Indonesian micronationalists to dub the phenomenon as a shock or mass hysteria. On separate trials held in May and June 2020, Indonesian prosecutors seek 10 years of prison term against founders of both Keraton Agung Sejagat and Sunda Empire. [17][18]. 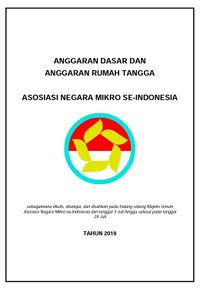 Indonesian micronations commitment to simulationism could be explained by the strong influence of Indonesian national ideology Pancasila that emphasised in "a united Indonesia".[19] On one case, Indonesian micronationalist Tian Abdurrahman took their commitment on Indonesia even further as he declared "Indonesianisation" as his proposed policy during his election campaign for Indokistani presidency in 2013. 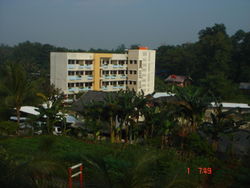 The scope of Indonesian sector are located within Indonesia's border. With total area at 1,904,569 square kilometres (735,358 square miles)[1], Indonesian sector formed one of the largest sector ever known to the community. Indonesian micronationalists generally claim places that they interact most with, such as their primary workplace, houses, community spaces, or land owned by their relatives. Indonesian micronations often claim a large regions encompassed regions beyond their primary place, but not necessarily large to cover the entire area of a particular Indonesian city, for instance.

Indonesian micronations are endowed with flora and fauna diversity, as Indonesia is known as one of the world's megadiverse country.[22]. An Indonesian micronation may recognise a plant or animal endemic to their landclaims as national symbol. For instance, former Arkapore declared domestic duck as national animal, as domestic duck is endemic in Arkaporean territory and duck industry significantly influenced the national economy.

The main issues that prevented a successful summit on the sector are financial issues and difficulties in determining summit location, especially when a potential summit location must be located exactly in a central point between potential attendees that are scattered in Indonesia and separated by hundreds of miles among each other.

As of 2020, physical interaction among Indonesian micronationalists has been limited to bilateral state visits, that was proven to be easier to achieve. Indokistan and Sunda Raya successfully arranged a state visit in 2015, when Suwarnakarta governor Nabil Ihsan was welcomed by Sunda Raya chairman Lintang Matahari Hasan in Cinere Commune of Parahyangan. The last known state visit among Indonesian micronations was performed in February 2020, when Harjakartan leader Tommy N. visited Excellent, and was welcomed by president Theodorus Diaz Praditya.[23].

Emblem of the Association of Indonesian Micronations

Micronations inside the Indonesian sector