Principality of Inesia (Kepangeranan Inesia), later to be called Inesia, is a micronation founded on 25 April 2011 in Surabaya, Indonesia. The founder of Inesia, Yogi Surya Syahputra is now called HRH Prince Yogi Surya Syahputra of Inesia. Inesia was founded to accomodate the wishes of its founder.

Inesia was established on 25 April 2011 when Yogi Surya Syahputra (Yogi) found out that his dream to have his own nation could be realized. After much thought, Yogi established Inesia and claimed almost a hectare of land in Situbondo, East Java to be it's capital. Yogi appointed himself as Prince of Inesia and selected Nafi Hayyulhaqque to be Prime Minister of Inesia. With both of them in the government, Inesia expanded to have more lands in Jember and Surabaya. However, because of the distance of the office between the prince and the prime minister, Yogi and Nafi decided to split up and Nafi later founded another micronation called Messidona Kingdom.

In June 2011, When Inesia joined the United Micronation, and the Coalitions International of Micronationals (CIMS) on Facebook, and became one of the founders, the relationship between Inesia and other micronations become closer than before.

In February 2012, the Prince of Inesia was elected by the members of CIMS to be Secretary General of CIMS. The result of the election caused Inesia to have a strong bargaining position in the relationship between another micronationalist.

Inesia is a micronation with a Constitutional monarchy. The prince acts as a main regulator. And parliament to control the decisions of the prince. Inesian parliament is made of about 5 people who are elected from the viewer of the website or fan page in Facebook. Parliamentry members can vote for Inesian laws that are made by the Prince or their veto power against them. 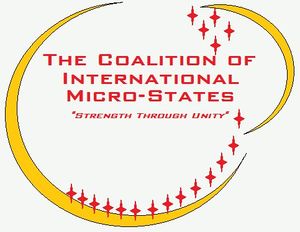 While Inesia and Indonesia build further agreements, Inesia has also built realtionship between another micronation. One of the micronations which built up strong relations with Inesia is Al Rasyid Darussalam. They have an agreement regarding tourisim and trade as of 2012.