Dissolution of the Federal State of Indokistan was the eventual climax on several events that led to it in June and July 2016. Initial discussion inside the National Forum in June 2016 showed that the motion had no opposition. On 24 June 2016, the dissolution decree was ratified by National Forum members which finalizes the dissolution, that would took place on 5 July 2016, exactly three years after the establishment of the Federal State. Despite of the official dissolution date was set on 5 July, the last state declared its dissolution on 20 July 2016. 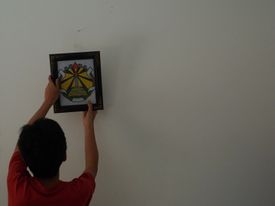 Inactivity and failure of national and state governments are to be blamed on causing the dissolution of Indokistan. Indokistani direct democracy system, despite of its benefit to maintain a democratic society, also contributes to the decline, because that the National Forum relied heavily on consensus, which was failed as citizens began to absent from each forum session. This issue causing the government to fail to issue new decisions as quorum was very difficult to achieve.

Indokistan began to experience its decline in mid-2015, causing the very first discourse of dissolution to be discussed in September 2015 by its proponents, but failed to be realised because it was seem unnecessary. Another proposal to resign from Association of Indonesian Micronations in October 2015 also failed with same reason. Indokistani Micrasian territory Solovyovagrad was removed from map in February 2016, with administrators citing inactivity as reason of the removal (the region was already neglected for years but administrators still preserved the region because of Indokistani activities). This forced Indokistani government to admit that the country has been severely inactive, instead of continuously denying such situation.

On April 2016, Indokistani government establishes a institution simplification policy which oversaw the dissolution of Indokistan Armed Forces, Indokistan Technology Development Center, and revocation of KistanRupiah status as official currency. This policy brings minimum impact to the country because those organisation was already inactive for long period. After this policy receives constitutional status, several observers said that this policy was the first step to the eventual dissolution of Indokistan, because of that the country decided to relieve its control of economy and defence and return it back to the state government - even states are now allowed to establish their own local militia instead of "receiving protection" from central government armed forces.

Indokistani three states and federal city stable and firm relations with central government began to deteriorated on March 2016, when members started to not attended National Forum sessions. National Forum, since it became a symbol of unity of Indokistani nations, has gradually showed that relations between central and state government worsen because of that issue.

With most abstentions came from Aziziyah and Cussex state, National Forum activity became severely hampered because its activity depends on quorum which was failed to be achieved. This forced the National Forum to uphold decision that was agreed by only half of its members, particularly Central Indokistan and Suwarnakarta, questioning its validity.

The dissolution decree was even ratified only after members composed it coerced the rest of National Forum members, should not they respond on the proposal, they will declared that those inactive are agreed and will force it. The coercion successfully gathered around three-per quarter of forum members supporting the decree, gathering legitimation to enforce it. This had showed the Indokistani public on how terrible inactivity and lack of commitment of the forum members that the country suffer.

Collapse of Los Bay Petros and subsequent failure of Madyaraksa project in 2014 also brings negative effect to the country, despite of advantages Indokistan would receive because the only equivalent rival was collapsed, making Indokistan the strongest country inside Indonesian sector. Indokistani public saw the collapse as a grave mistake, especially because it went unannounced, thus bringing uncertainty inside the community , because members are forced to treat Los Bay Petros as existing country, despite of opposing facts and situations. Facing with this issue, Indokistani government decided that if the country would go dissolve in the future, it must be announced.

Federal State of Indokistan was formed by formerly sovereign countries that joined Indokistan as states, and it brings issue concerning on their continuity. The issue based on assumption that after the country dissolved in 5 July, those states and federal cities would be an independent entity, which then needed to be decided whether they wishes to retain their existence or to dissolved too.

As agreed inside the charter, federal city of Suwarnakarta was set to become the last remaining state inside the country, because of the status as national capital and representation of the central government. On 26 June, Cussex and Central Indokistan state announced that they decided to be dissolved after 5 July.

On 29 June, National Forum declared that former state territories must be void from micronational activities after 5 July, which must later be declared by each state governments. This move was made to avoid any opportunists from claiming former Indokistani region as their own.

With Aziziyah declared its dissolution on 20 July 2016, Suwarnakarta also do the same after became the last remaining region to be dissolved as agreed earlier. This ended the entire Indokistani statehood movement as no political successor emerged on the dissolved country.

Indokistan currently runs a very simple and small government, because of its small number of government institutions. The dissolution will brings problem to "indivisible" institutions - curently only Indokistan News Network and National Archive of Indokistan - and it is needed to be resolve on the continuity of those institutions. After decision that those institutions are indivisible, yet must not be dissolved, the current issue now is that how the organisation should be running and whose going to run it after 5 July.

On 27 June, Suwarnakarta governor Nabil Ihsan raised a proposal of an establishment of a "Suwarnakarta Institute", which proposed to be functioned as an advocate and observer of micronational activities. The institution finally established on 5 July and immediately received observer status inside Association of Indonesian Micronations. Suwarnakarta Institute main task is to advocate and observe micronational activities inside Indonesian sector and to manage tasks left by former Indokistan.

Before the eventual dissolution on 5 July, Indokistan must call all members of the Association of Indonesian Micronations to appoint new secretary general, since Indokistan holds the position since 2015 after resignation of the last secretary general Tommy N. of Omahkulon. This issue was finally resolved after Indokistan handed power to Arkapore as the new chairman of AIM on 1 July.

Rest of the world

Among former Indokistani citizens, there are no accounts of nostalgic feelings on Indokistan that was expressed by them, except on Nabil Ihsan, the only former citizens remained active in micronationalism as the head of Suwarnakarta Institute. Despite on the nostalgia, there are no active movement on the restoration of Indokistan as a micronational entity. Main reason on this is because Indokistani citizens already committed to not to run Indokistan as an Egostan, which prevents Nabil to reestablish the country without gathering support among former citizens that committed to join the restored Indokistan.

Since there are no other entities serving Indokistani interests other than Suwarnakarta Institute, Indonesian micronationalists frequently express their nostalgia on Indokistan to the institute or Nabil as its patron. A proposal recently raised on the AIM General Assembly in July 2018 to bestow the Institute with voting rights - despite observer status barred member states from voting - showing general feelings longing for Indokistani existence inside the community.