Tommy N. is a former Indonesian micronationalist that served as the Great Prince of Praja Harjakarta from 2015 until its dissolution in 2020. He was first known as the leader of the Republic of Omahkulon that was declared in 2011. Tommy later converted Omahkulon as a Federal Monarchy, before then uniting Omahkulon with Arkapore and Nauli to form Drastharaya at the end of 2014. After Omahkulon restoration of independence in March 2015, he decided to reform his country as Harjakarta that survived until July 2020.

His micronational career had spanned for almost a decade. Despite minimum interaction with micronationalists outside Indonesia, his influence inside Indonesian sector was matchless. Perceived as a moderate figure that was competent to unite the diverse sector, he previously served as the Secretary General of the Association of Indonesian Micronations from December 2014 until March 2015.

Tommy's interaction with micronationalism began in mid-2010 when he was appointed to become the prime minister of the ancient Omahkulon royalty, and to complement the ceremonial guardianship of her mother Sulastri on the Omahkulon Palace.

His proposal to reform Omahkulon as a republic was accepted, and he declared the establishment of the Republic of Omahkulon in 2011 and took office as the state president. He then successfully develop Omahkulon and the country had become an example inside the sector.

In March 2014, Tommy restored Omahkulon monarchy, yet reformed it as federal monarchy. Tommy declared himself as the Great Prince.[1]

Tommy and Tian Abdurrahman of Barakstan then declared a union of their micronation to form Drastharaya in October 2014, with Tommy retained his position in Omahkulon, which became the federated constituent of Drastharaya. Due to internal issues, Drastharaya collapsed in March 2015, thus returned Tommy's status as the leader of sovereign Omahkulon. Shortly after, he declared that the country reformed as Praja Harjakarta in August 2015.

In March 2020, Tommy engaged in the first Harjakartan state visit to Excellent and became the first foreign leader to hold an official visit to the country.[2] The state visit was applauded by Indonesian micronationalists as the first bilateral meeting of the decade in the sector.

His personal interest in graphic design and heraldry had allowed him to design the logo of the Association of Indonesian Micronations and the Micronational Association of Southeast Asia in 2015. Members of both organisations responded positively on his design. 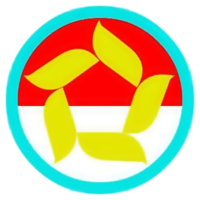 The current logo of the Association of Indonesian Micronations was designed by Tommy N.

During the formation of the AIM High Court in mid-2014, Tommy is the one most keen to test the newly-formed court. In August 2014, Tommy brought the first and only case to the court against the then-Secretary General Rayhan Haikal and accused him of ruling over the end of his term.[3] A judgement issued on 29 August later founded that Rayhan was guilty on the accusation. Despite on criticism on the judgement from Rayhan home state Indokistan, Tommy's decision to bring the case to the court on the first place was greatly applauded by the community.

Tommy decided to run as a candidate for the Secretary General during AIM election in 2014. He was victorious on the election against the only contender, Aziz Pahlevi of Indokistan with significant margin.[4]

Tommy was also instrumental on the process of drafting of the proposed charter of the organisation, after calls from member states to draft such document. He personally wrote and published his proposal of the new charter to the general assembly, and immediately received member support. After several modifications to accommodate better the organisational activities and conditions, the first AIM Charter was ratified in 28 January 2015.

Tommy is interested in graphic design and heraldry. Besides his micronational activities, Tommy is also actively participating in Indonesian school activities as a teacher for Indonesian pupils.