Indokistan-Ntolian War (Indonesian: Perang Indokistan-Ntolia) was a war waged between Indokistan and its neighbouring micronation, Ntolia. The war was started from 6 April 2011, when Ntolian government declaring war against Indokistan without any reason, and ended on 10 May, when both sides agreed to end the war and signed a peace treaty.

Several hours after the declaration of war, Ntolian forces stormed Farhangrad Building in Jumstraad and stole KistanRupiah money. It then followed by a large-scale battle in 7 April, with Ntolian suffered large defeat. After failed negosiation attempt on 8 April, Ntolians launched several raids, which was continuously defeated by Indokistan. After a peace agreement signed on May 10, the war officially ends.

The war was the first large-scale intermicronational conflict in Indokistan with numerous effects. During the duration of the war, the country faced defections of several citizens that peaked on the Nameless Betrayal in 24 April. The day of the Battle of Jumstraad, the largest battle on the war, was celebrated as "Hero Day" in Indokistani calendar since the end of the war. 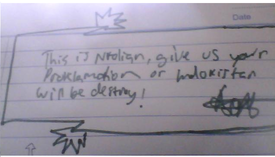 Until March 2011, with Indokistani president Farhan Abdurrahman successfully brings development in Indokistan, several citizens praised his leadership as the "golden era" of Indokistan. In April 2011, Ntolia was established by several peoples amused by ideals of Indokistan, which intially was welcomed by Indokistan, seeing a potential partner in micronational activism. Negative perception on Ntolia began to grow as Indokistan goodwill to Ntolia was arrogantly declined and they refused any assistance of Indokistan. Instead of recognising Indokistan as partner, Ntolia recognises Indokistan as rival. Beside on this rivalry, no other obvious reasons surfaced as the catalyst of the declaration of war.

On 6 April 2011, Ntolian authority suddenly declares war against Indokistan, even delegating to Indokistan one member of Ntolian government and allowing him to announce war in front of Indokistani prime minister Nabil Ihsan. After the war declaration, Ntolia initially demanding Indokistan to surrender the establishment declaration text to them, yet was declined by Indokistan. A letter threatening invasion was sent from Ntolia as respond on the refusal to hand over the text.

A small-scale attack was launched by the Ntolians on afternoon of 6 April, when they stormed Farhangrad building in Jumstraad and stole the original establishment declaration text and KistanRupiah banknotes. After escaping with the text and banknotes, security guards that was deployed to the complex successfully repealed the attackers. Despite failure on arresting the attackers, but the stolen objects were abandoned by them, and then was retrieved to the building afterwards. On morning of 7 April, another Ntolians attacked the National Bank building and stole nearly RpY 800, but failed to escape to Ntolia as security officers successfully tackled down the attackers.

Two consecutive Ntolian attacks brings realisation to Indokistani citizens and government, that Ntolian threats were real and their supporters were equally powerful with Indokistan military. Sensing an imminent large-scale invasion, a public mobilisation was declared, attracting support from patriotic citizens. 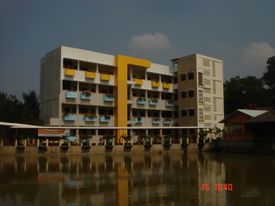 On the afternoon of 7 April, Ntolian army staged a full-scale invasion against Indokistan, with their primary target is the capital city of Jumstraad and the Farhangrad Complex. Ntolian army offensives on the early minutes of the battle overwhelmed Indokistan, but later successfully countered. President Farhan and vice-president Dicky was secured inside a security bunker with another refuging citizens, as Commander of the Armed Forces Badra Shidqi and Prime Minister Nabil Ihsan led Indokistani troops to defeat the invaders. In the end of the day, Indokistani army successfully pushed back Ntolian invaders, bringing large defeat to Ntolians.

After the failure of Ntolian invasion, they demanded a ceasefire so they can initiate a peace agreement. In 8 April, both parties met in a restaurant in Jumstraad and discussing peace agreement. The negosiation ended in failure as Indokistani officials refused to continue the process and staged a walk-out from the meeting place. Later, the attempt was dubbed as "Forbidden Promise", as the promised peace was failed to be realised, and Indokistani government officially blamed Ntolians for the failure citing "unrealistic demands" from them.

After the failure on peace negosiation, Ntolians then revoke the ceasefire an initiate another wave of invasion on 9 April, yet ended in failure. Battle of Jumstraad and 9 April invasion severely weakened Ntolian manpower, thus they could only staged small-scale attacks and skirmishes, as evident on later attempts.

On 12 April, Ntolians attacked National Bank building and stole RpY800, again ended in failure and the entire banknotes successfully retrieved by the security officers. After this attempt, Ntolian army entered a vacuum period as no Ntolian troops movement to Indokistan detected, bringing a slight relieve to Indokistan that utilises it for reconstruction efforts, especially in the war-torn capital Jumstraad.

After weeks of vacuum period, Ntolians later staged their last attempt on 2 May, when they tried to attack Farhan Abdurrahman and kidnap Badra Shidqi, yet ended in failure as they was crushed easily by security officers.

Indokistani public outraged by Ntolian actions to declared war against Indokistan. They later promised to support Indokistani government in the time of crisis, which was proved during the first invasion on 7 April.

In an unpublished presidential speech in KistanTV, president Farhan Abdurrahman outragedly condemned Ntolian invasion, and he also called Ntolian people as barbaric, uncivilised, and "imitating Indokistan success", despite his previous plead that "there are no savages and civilised people, [but] only a different culture". He also previously condemned Ntolian battle after the first invasion, in front of Indokistani public on evening 7 April.

Peaceful and stable diplomatic relationship was a norm between both countries after the peace treaty was signed, despite of frictions among both countries politicians. Ntolian later violated the agreement by ilegally enters Indokistani borders, which led into a skirmish in August 2011, when Indokistani troops tackled Ntolians off from Indokistani territory.

Even after the conclusion of the war, rhetorics on relationship between Ntolia (and Nameless) played an important role on the first presidential election in September 2011. On their manifestos, each presidential candidates showed a different approach on both countries, as Dicky L. K. proposing a friendly relations with them, Nabil Ihsan espoused a confrontational policy with both countries, including Ntolia. Only Badra Shidqi that was not explicitly declares his position, yet several politicians seeing Badra's position on Ntolia was ambiguous.

To commemorate the heroism of Indokistani peoples that wholehearteduy struggled for the nation in the war, 7 April had been declared as "Heroes Day", and the government declared the establishment of the Indokistan-Ntolian War commemorative medals, which was granted to four individuals.