The Republic of Pejaten, more commonly known as Pejaten, was a micronation in Jakarta, Indonesia. It was established as the United Indonesian States of Sapu Lidi in March 2018 and established as Pejaten in late August 2018 by Aaron Penyami. The Pejatenian government is a federal republic under the Pejatenian constitution. Government officials such as the president, vice president, and the members of the Riksdag are directly elected under a Direct democracy.

Pejaten has made a big impact on the micronational history of the world. It is a member of the Micronation Hub, Stradan Union, Trident Alliance, United Micronations of Asia, and a member state in the Association of Indonesian Micronations It was abolished in April 2020 by former president Aaron Penyami.

The name 'Pejaten' is named after an administrative village in Pasar minggu, South Jakarta. The official meaning or history of the name is unknown. Pejaten was said to hold many archaeological objects from the Mataram kingdom, one source said there were some guesses of a group of people stopping by and conquer the area and naming it Pejaten.

In March 2018, Aaron Penyami, the secretary of Sapu Lidi thought of creating a United Indonesian States of Sapu Lidi micronation for the organization. The establishment caused the start of stradan micro nationalism which led to the founding of Beruise-Indonesia (Ruslandia) and Tanagogo. The UIS' entry into Micronation Hub led to the public's knowledge on the micronation and the nation's openness to the public.

The senate reviewing the pejatenian constitution.

In the summer of 2018, the micronation and it's allies fought a number of conflicts against Sakuranomiya and its allies. this was considered one of the most memorable wars in Pejatenian and Stradan history. Other Micronations have started to recognize pejaten in this era of Pejaten. the current constitution was signed in October 2018.

Entering 2019, micro nationalism was being taken more seriously in the area. However, due to the Indonesian national exams, the Pejatenian Commonwealth was established as a temporary government, led by the canrians from the day of the first anniversary of pejaten and strada until the first of may. at this time, elections were held in Pejaten and politics are started to be taken more seriously.

During early 2020, Pejaten declined it's popularity. Citizens and government officials became inactive during their middle school days. However, some citizens and government officials still embraced Stradan Micronationalism. Pejatenian culture had also experienced an uprising in the current period of time, specifically, Pejatenian music was developing it's own genres. After several months of inactivity, the Pejatenian finally decided to dissolve the country at 12:00 noon on 4 April 2020.[1]

Pejaten, under the constitution, is a presidential republic with a President and a Vice President. The government contains the three branches of government: Executive, legislative, and judicial.

The president is a political figure leading the state, he/she have the right to create legislation with the rikdag, has the right to appoint officials, issue an executive order, order the military, and many more. the Vice President has the same rights as the president. currently, there are no ministers at the moment in the executive.

Pejaten excecuted a free, active, and non-interventionist policy on its foreign affairs, means that Pejaten shall be active in all intermicronational activities, its exisence should not to be threatened by another nation.

Pejaten is located in the south of jakarta in the subdistrict of Pasar Minggu and the administrative village of Pejaten. all of its territories are landlocked. however, the altenbürg river connects strada to the java sea. its territories are scattered from jakarta to to Tangerang, Alphen aan den Rijn, and Salt Lake City. Pejaten has a wet season for around september to april and a dry season for around april to september.

At the moment, Pejaten does not hold any economical businesses. however, pejaten has imported some items such as spices and charcoal to Ruslandia 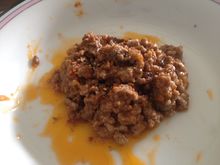 Pejatenians enjoy food from the outside world, but there are still dishes originated from pejaten, The famous being brødmedris. President Aaron Penyami had a taste for the combination of bread and rice, in Indonesian culture, they are separate food and considered incompatible when combined. The most common pejatenian dish would be brødmedhagel (stradan: bread with sprinkles) although it originated from The Netherlands through Indonesia, it is still eaten by most Pejatenians.

Stradan cuisine is a comnbination of Indonesian and Germanic and European, there have also been some Japanese influences through Ruslandian culture. Just like Indonesians, Stradan's always uses spices on their course meals such as hot sauce and fløm, ketchup is rarely used since it's considered plain by stradans. The national dish ispaprepaste (stradan: paper pasta) which is a paper-sized pasta meal. pastry snacks are ofter treated to visitors such as zeiden zemlyan cookies, cinnamon rolls, and others.

Pejatenian cuisine uses a lot of bread in their meals. Meals such as Bu’ou’ot Ro’ea’pay and Ka’lzo’ne uses bread instead of dough as the base. but some still use materials other than bread such as The Pejatenian language is used to name pejatenian cuisines. Most pejatenian still eat Indonesian, western and outside culture dishes frequently. Pejatenians, mostly Stradans, usually take a walk to the MM area to buy Indonesian instant noodles.

Pejatenians mostly receive information from the internet. they also trust Indonesian news outlets such as Metrotv. Pejatenians get information on activities in pejaten from the State Media Pæjetania and Stradan National Broadcasting. Ruslandians living in Pejaten also receives from Ruslandia Media and Nogo News

Pejatenians do create art, but none has become too successful. however, some known Ruslandian paintings have originated in strada such as the mountain landscape and the Ruslandian scrolls.

The Internet plays a huge role in Pejatenian culture. Pejatenians spend time on the internet everyday. Similar to Indonesians, pejatenians use familiar websites such as Instagram, Youtube, and Google. Pejatenians have an obsession with the games Freefire from Garena and PlayerUnkown's Battlegrounds or more recognized by the phrase "PUBG" by PUBG Corporation. Majority of Pejatenian women enjoy creating and watching TikTok and Gachaverse studios videos.