The term Greek sector (Greek: ελληνικό τμήμα) or Greek community (Greek: ελληνική κοινότητα) is used in reference to micronations surrounded fully or partially by Greece, the country constituting their main macronation, and from which they have declared independence. The term is also used to describe micronations in the island nation of Cyprus, which has no significant community of its own; it is therefore common to also use the term Greco-cypriotor Hellenic sector as encompassing both ethnically Greek macronations.

There are currently at least 5 continuously active nations within the community, with several more extant but with their activity status unknown. It is thus believed to be the largest micronational community in Southeast Europe. The majority of the sector's nations are members of the League of Hellenistic Micronations, an organisation aimed at the communication and cooperation of the area's nations.

The first Greek micronation is undoubtedly the Free State of Icaria, founded in 1912. Icaria constituted part of the Ottoman Empire until 17 July 1912, when the Icarians expelled the Turkish garrison and thereby achieved independence, with the Free State being declared a day later. The neighboring islands of Fournoi Korseon were also liberated and became part of the Free State. Ioannis Malahias (Ιωάννης Μαλαχίας) was the first and only president of the Free State of Icaria. For the next five months, the island remained an independent country, with its own government, armed forces, national flag, coat of arms, postage stamps, and national anthem, but with no international recognition (not even from Greece) and still considered a part of the Ottoman Empire. The annexation by Greece did not occur until November that year, meaning that for the period between then and the declaration of independence, Icaria was an unrecognised micronation.

The next micronation to appear in the area of Greece, though not ethnically Greek, was the Principality of Pindus, established twice in 1917 and 1941. The effort was spearheaded by a certain Alcibiades Diamandi, an ethnic Vlach, who sought to establish an Italian protectorate in the region of Epirus during the First and Second World Wars, but was both times unsuccessful. He was sentenced to death by the Special Traitor's Courts in Greece after the war, but fled to Romania where he was imprisoned by the newly-formed Communist regime and died there in captivity in 1948.

In 1973 the Kingdom of Kefalovriso made its appearance, though not much about that nation is known other than the fact that it was established in the immediate aftermath of the abolition of the Greek monarchy by the Greek Dictatorship in 1973. 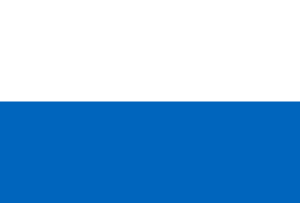 In the late 90s and with the rise of the digital age, a new chapter of Greek micronational history was written when, in 1999, Athenia (officially the Athenian Republic) was established. The nation was based around the suburb of Nea Smyrni in Athens, and was led by "President Kostas". It engaged to some extent in international relations, but the slow growth of internet in Greece at the time did not allow the nation to develop further. The nation's official website states that Athenia ceased existing in 2001.

The Athens sector is a subgroup of the wider Greek sector, comprised mainly of micronations in the metropolitan area of Athens. Currently active nations in the sector include Rhomania, Graecia and Pangration, which have collectively formed The Based Commonwealth. The sector saw booming activity for the first time in mid to late 2020.