From MicroWiki, the micronational encyclopædia
(Redirected from List of micronations in Western Canada)
Jump to navigation Jump to search

As of October 2021, there are seven active micronations in this sector—the Grondines-Anjou, Holy Canadian Empire, Star Hill, Suverska, Vancouver Island, Zirconic, and Clearwater

The land that is now Western Canada was inhabited by various indigenous peoples for thousands of years prior to European colonisation, including the peoples native to the Northwest Coast, Plateau, Plains, and Subarctic regions. The area is also the homeland of the Métis.[1]

Early European involvement in Western Canada can be characterised by events such as the North American fur trade, the establishment of the Colony of British Columbia in 1858, and Canadian Confederation in 1867. Following Confederation, there was the Rupert's Land and North-Western Territory transfer in 1870, the singing of the Numbered Treaties from 1871 to 1921, and the waves of immigration that followed the Dominion Lands Act in 1872 and the completion of the Canadian Pacific Railway in 1885.[2]

Other nations with claims in Western Canada: Aerican Empire (colony of Parrwater; near Castor, AB since 2008), Dominion of British North America (includes former Dominion of West Canada since 2021).

Note: this timeline only includes micronations that are currently active or were active for at least six months. 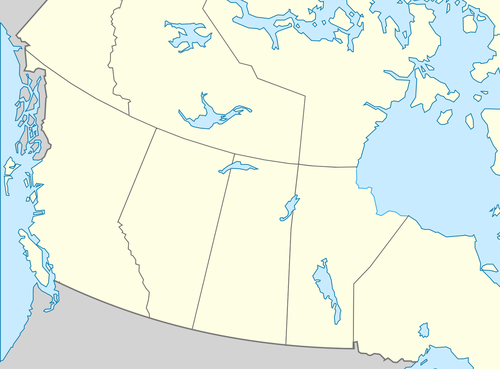