Micronational reactions to the 2022 Russo-Ukrainian war

This is a list of micronations who publicly posted their stance on the Russo-Ukrainian war. In December 2021, Russia began speaking against Ukraine, which later led to Russia amassing their troops on the Ukrainian border. Fighting in the Donbass region escalated on the 17 February 2022.[1][2][3][4] On 22 February 2022, Russia moved forces into the Donetsk People's Republic and the Luhansk People's Republic, both of which are breakaway states from Ukraine, which Russia had recognised a day prior when Russian president Vladimir Putin signed a decree on their recognition.[5][6] On February 24, Russian forces advanced into Ukraine.[7] 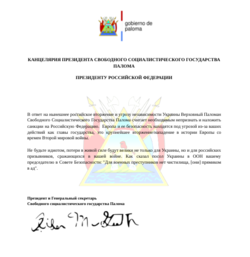 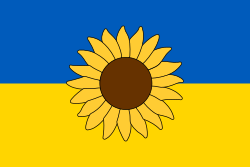