The Federal Republic of Grebna and Vonerebna declared independence from Bulgaria on 1 May 2021, having had a revolution that busted out on 26 April, led by the then Grand duke Boil Stefanov. Symbols of the nation include rice and yoghurt, which is the national food. Ice hockey is the National sport.

The name "Grebna" comes from a tree in the state Grebna called 'Grebnarche' which to this day stays there, Vonerebna is the main army of the country, and in their honor the Capital state is named after them.

Due to other micronations having the same colors as the Grebnar one on the flag. The Grebnars put the coat of arms on the flag to distinguish it from others. The black is a symbol of the Serbian Black panthers, who are a part of the army, the white symbolises peace, and the Blue (used to) symbolise the Sea which Grebna has access to. Now, it symbolises the Vonerebna lake in Vtyok, the largest in the country.

Grebna and Vonerebna's history dates back to 2020 when the country was called U.B.S.R (union of the bulgarian socialist republics) the country fell apart due to an unorganised military lead by a very unorganized leader, later the country lead a revolution by Boil Stefanov on 26 April 2021, and sucsessfuly won Grebna. and Vonerebna on 30 April 2021, the next day, the declaration of Independence was signed, marking the start of the country [Important dates, 26 April 30 April 1 May]

Law in Grebna and Vonerebna is very strict, one rule broken can cause a lot of harm, the main courthouse is Vonerebna courthouse, where currently 5 trials have been held against multiple crimes within the nation.

The country is a federal *Presidential* republic, this means the president has most control over the country.

The country has foreign relations with The Federal Republic of Marblostan,Republic of Ausland

Transport among the states can be done by Bulgarian bus and Train companies connecting Vityok to the rest of the country, the Bulgarian National Railways provide connection from Vonerebna, to Benkovski and Haskovo. The grebnar government also works with Bulgarian bus companies for connections to every state. As of now, Public transport is only in Vityok and Grendaria, however cities such as Lozebna and Haskovo are planning on bulding connections with their railway or bus stations. Ubceri (Basically like a car on a bus line) is the most popular type of transport. with Lines C1,C2,C3,C4,C5,C6 and like that up to C67 have connections with Sofia, Haskovo, and C57SA even has a connection with Istanbul, however it is a season line and only runs in June and September 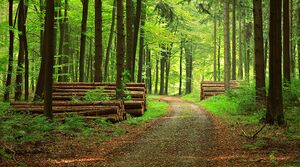 Usually temperatures in Grebna and Vonerebna are in the range of -13 to 35 degrees Celsius. The average temperature is 16.4 degress, with the highest ever reorded being 45 degrees and the lowest being -18 degrees

Economically, most of the output comes from Copper and Iron mines, Farming is the biggest industry in the country with nearly 100 tons of goods produced every year, The country HAD one trade partner but got attacked by Grebna and Vonerebna due to violations of a Non-Agression pact signed between the two.

Ice Hockey and Basketball are the most famous sports in the country, they are formed with Unions, while the other sports are federations, the largest of them all being the Hitball Federation, which only needs 100 more official fans to become a Union, followed by the Field Hockey Federation