From MicroWiki, the free micronational encyclopædia
(Redirected from The Begonian Kaiserreich)
Jump to navigation Jump to search

The Tsardom of Begon (commonly known as Begon, historically known as Begonia) is an autonomous territorial entity which claims to be a sovereign state, aiming for independence, commonly referred to as a micronation by outside observers. Located mostly in the Carolinas in the eastern coast of The United States, Begon is an semi-absolute monarchy ruled by His Holy and Royal Majesty, Tsar Christoph I.[1] The most commonly spoken language in Begon is English, but some citizens also speak German, the second national language.

His Holy and Royal Majesty, Tsar Christoph I, is the reigning monarch and Head of State, held accountable by the National Assembly and House of Royals, both houses of Parliament. The current Lord-High Chancellor is Maximilian von Meister.

Begon originates from a teenhood organization, The Blades, which was founded in an attempt to reform the U.S government. The Blades focused on Carolinian and German nationalism, both of which fueled the flames for the founding of Begon, and its predecessors.

The Crowned Republic of Polinaturalo was the micronational stepping stone that lead to Begon being founded. It succeeded The Blades as a Micronation instead of an Organization. Polinaturalo was an absurd nation, and would not have been taken seriously at all in current Micronational Standards. It banned things such as Snakes, Seals and Homework from entering its borders.

Begon considers itself the continuation of the Begonian Kaiserreich, one of its predecessors. It also claims to be one of many successor-states to the Holy Roman Empire, specifically to w:Duchy of Saxony The Duchy of Saxony and The Billung|March.

The Government of the Tsardom of Begon is lead by the Lord High Chancellor of Begon, an appointed office currently held by John O'Donnaghue.

The Kingdom of Begon, since it converted to Eastern Rite Catholicism, has seen a rising "Tsarist Movement" pushing for Begon to reform into a Tsardom, even going so far as to influence the June 2021 Referendum which was centered around crowning the King of Begon "Tsar Christoph I", and proclaiming a second Begonian Imperial Era under the "True Faith". The vote ended in a Tsarist Majority. Some speculate the movement sprung out of Pavlovian influence, which was heavy during late 2020, while Begon was a part of the Kingdom of Nichensburg. The Movement resulted in a referendum and transition into a Tsardom.

In June 2021, His Majesty's Privy Council approved to hold a Referendum regarding a Transitioning the Kingdom of Begon into a Tsardom.[2]

The Tsardom of Begon was consistently Isolationist until early January (2020), when His Holy and Royal Majesty released RD 1.2.27.21, stating "The Begonic Isolationist Act of 2020, written by myself, shall be repealed and be made void at Noon Eastern Time today (January 27th, 2021)."[3] The Tsardom of Begon recognizes the following states as sovereign: 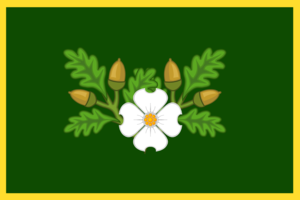 Flag of The Begonic Parliament

The Tsardom of Begon is made up of 10 counties and a constituent state, all within The States of North Carolina and South Carolina. Other territories are situated in Texas and Tennessee.

Begon divides Its territories into Counties, Territories, and Constituent States. All land divisions have a Constituent Noble/Monarch (Counties have Earls, etc). All citizenship demographics include both Honorary citizens (Known as Subjects) who are registered within the territory and residential citizens who live there. 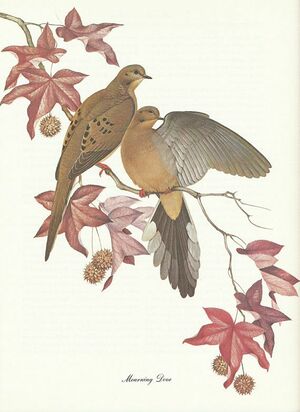 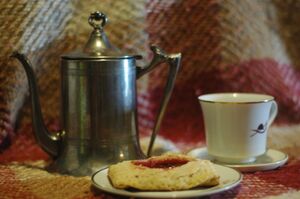 Stradde pictured with a tea cup and kettle.

The common languages in Begon are English Dialects, such as w:African-American Vernacular English AAVE (African-American Vernacular English) and Southern American English, however, there have been many attempts to unite Begon under a common tongue, or language. One being Begonic and the other being Slavogermanic. Slavogermanic originated in the Principality of Nichensburg, and eventually spread its influence into Begon by Prince Ludwig Brienovic of Brienia and Nichensburg. Begonic, however, was started as a project by HH&RM Krystof|I, and eventually was abandoned after months of work.

Stradde is a pastry created by HHRM Christoph I completely on accident. It is rumoured that HHRM was under the influence during the creation of the Stradde and subsequently added too much salt and didn't properly prepare the Puff Pastry in the intended Strudel. The resulting pastry was reportedly like a "buttery southern biscuit filled with homemade strawberry jam lightly dusted with sugar." 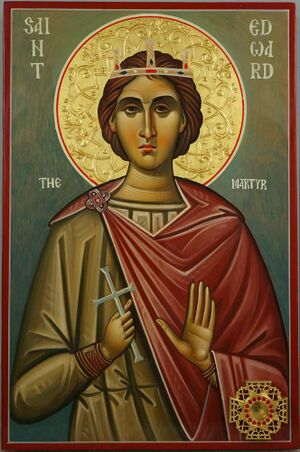 w:Edward_the_Martyr Saint Edward The Martyr, Patron Saint of Begon]]]Begon has an overwhelming Christian majority, which plays into it's Southern American Culture, which mostly centers around religious life. Begon also has a significant Islamic and [1] minority, who have fought for representation, in the ultra-religious climate of the Begonic Government.

Although Begon remains overwhelmingly w:Protestantism Protestant (Particularly Methodist and Pentecostal), the state religion remains Eastern Catholic.[5] Begon is considered Theocratic in some sense, mostly regarding the state and monarchical religious traditions.
Begon's State (Eastern Catholic) Church comprises of a Grand Holy Synod and Archbishop, the current Archbishop of Begon being Blois] who is known episcopally as "Gregory I". The State introduced an official religion in 2020, and kept it following multiple transitions from either Nichensburg (prior) or from Begonia.