Quinta Velha, officially Kingdom of Quinta Velha (Portuguese: Reino da Quinta Velha) is a Brazilian micronation, enclaved in the city of Natal, Rio Grande do Norte. With approximately 20 citizens, the territories of the Kingdom are made up of residences belonging to the reigning family. Founded in 2018, Quinta Velha combines cultural elements of northeastern Brazil with Portuguese colonial influences, present in the history of Brazil. The Kingdom is an autocracy and all powers are concentrated in the figure of the King. The capital is Santiago do Sacramento, and the most populated city is Quinta Velha. The national language is the Portuguese and the Quintavelhense territory comprises three private properties of the Royal Family.

Isolated until 2020, the Kingdom of Quinta Velha emerged in the micronational scenario as one of the constituents of the Brazilian Sector, in addition to being the author of the treaty that created the Conference of Santiago. Through this, is a South American regional power among micronations and a middle power within the Brazilian sector and can be considered from a small to middle power in some global intermicronational affairs. Its economy, mainly based on services and basic industry, is based on the Conferential Doubloon and are in their initial stage of development.

The kingdom's name derives from an old rural property located in the Quintas neighborhood, in the city of Natal, Rio Grande do Norte, Brazil. Still during the Brazilian colonial period, a farm belonging to Portugueses located where the kingdom would be founded, was called "Quinta Velha". In this very neighborhood is located one of the most important territories of the Kingdom, which was named "Quinta Velha" in honor of this historic passage in the west zone of the city of Natal. From 2018 to 2021, it served as the capital of the kingdom, and still is its most populated city.

Foundation of the Lordship 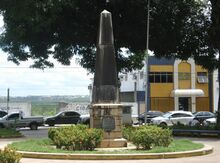 André de Albuquerque Square, also known as the Red Square, in Natal, named after a relative of Thomas Albuquerque.

Founded on 5 November 2018 as the Lordship of the Lands of Santa Rita de Cássia and formed by the union of the properties belonging to the Albuquerque Family, located at Saint Rita Beach, north coast of Natal. The Albuquerque Family was a very powerful and influent family in the region, and the founder of the Lordship, Thomas Albuquerque, is their heir. During this period, the micronation's activity was limited to internal organization and the creation of the national cultural institutions. The Line was established as the official currency and the General Historical Institute and the Manor Library were created at this period. With the publication of Ordination number 008.2019 of 15 October 2020, two residences located in the neighborhood of Quintas were attached to the territories of the Lordship. The following year, it would be elevated to kingdom and renamed Kingdom of Quinta Velha. 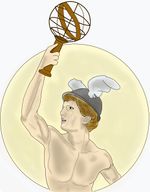 Logo of the Conference of Santiago.

After being elevated to kingdom, the Royal Government continued to dedicate itself to the nation's internal structuring. One of the measures taken was to carry out the 2019 Census to understand the characteristics of the national population. In addition, the existing institutions in the country were renamed in addition to the creation of new institutions, such as the Royal Institute of Geography and Statistics and the Royal Urban Trains Company, responsible for administering the 147 meters of railway that cross the territory of the Kingdom and connect the country to the city of Natal and Ceará-Mirim, in Rio Grande do Norte.

In 2020, the Kingdom of Quinta Velha decided to open its diplomatic policy to the micronational community and one of the first actions was the ratification of the Treaty of Persenburg, that established the Brazilian sector and the promotion of derivatist micronationalism. The following Protocol of Goetha and the Convention of Mauritsstad[1] increased Quintavelhense political position and King Thomas authored the Treaty of Santiago, that created the Conference of Santiago the main organization of micronations in Latin America, a major diplomatic achievement in Quinta Velha's history.[2]

On 2021, more reforms took place, reorganizing the administrative divisions of Quinta Velha and changing the capital from Quinta Velha to Neutral Municipality[3] and change the seat of the government to the Palace Count of Sena, a move to restore the reigning family's bonds with their own history.

Quintavelhense lands are located on the the far east of South America, near the mouth of Potenji River.

According to the National Census of 25 April 2021,[8] there were 20 registered citizens, observed the increase of religious plurality, with 10% of the population claim to practice candomblé, with other 10% declaring themselves as Atheists, while 5% of the population identified themselves as Agnotics and the majority of population declared to be Roman Catholics, followed by Spiritism, the second major religious affiliation, with 15% of population. The racial makeup of the kingdom was 35% White, 35% Mixed race and 30% Black. 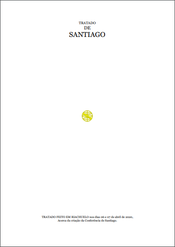 Cover page of the Treaty of Santiago.

Quinta Velha is defined as an autocracy, where all powers are concentrated in the figure of the King, who act as Head of State and Head of Government, making the King ultimately responsible for passing all laws. Internally, the royal family serves as a kind of advisory body to the King, with the Queen Consort actively participating in State decision-making. The current King is Thomas.

For matters of extreme importance, the King may summon the General Courts, formed by deputies elected for this purpose and who serve as an Advisory Council to the King on a predetermined agenda. This institute is called on necessity, with no regular activity as a parliament. The King can also summon the Courts of Justice to judge existing cases, but is also a non-continuous existing branch of government. These courts may have a more permanent character due to the legal nature of the proceedings. In general, most of the most complex and nationally influential decisions are made in consultation with these institutions. More ordinary matters are resolved only by the National Government and by the person of the King.

Cadets of the Military Police of Rio Grande do Norte State, that served along the National Guard as defense forces of Quinta Velha.

The foreign policies are conducted by the King in conjunction with a Secretary for International Relations, when appointed, to act as the head of the Royal Office of International Relations. Quinta Velha received their first recognition from Karnia-Ruthenia back in 2019, and from 2020, with the foundation ofthe Brazilian sector and the subsequent treaties, especially after the Treaty of Santiago, the international affairs acquired a much important attention of Quintavelhense government, and increased the intermicronational position of Quinta Velha, extended their relations to the members of the Conference of Santiago and several other projects outside Latin America.

The armed forces of Quinta Velha is called National Guard, established in three headquarters: the first in Quinta Velha, the second in Riachuelo and the third in Santa Rita. The National Guard mainly acts by monitoring the virtual territories of the kingdom, while physical security is a responsability shared with the Military Police of Rio Grande do Norte State. In addition, the kingdom has an intelligence force called the Homeland Security Service.

Quinta Velha has a mixed economy and a small internal market, on vias to develop a common market with the Conference of Santiago. The economy has been in a stable and controlled ascension, with the GDP per capita following on the same course. Active mainly in the service sector, Quinta Velha has an estimated labor force of over 19 people. The country has been expanding its presence in intermicronational financial markets specially through the development of the Conference of Santiago Common Market. Major export products include manufactural goods, information technology and services. The Line was the official currency, but was replaced by the Conferential Doubloon [9] pegged to the pyrite standart (converted to Brazilian Real), following a managed-float monetary policy by the Conference of Santiago Financial Authority as an official currency.[10] Nonetheless, most of the country's business is done in Brazilian Real. Despite the fact that the Conferential Doubloon is one of the country's official currency, the Brazilian Real remains the most used currency in day-to-day affairs in Quinta Velha as well as the engine of the country's macroeconomic policy; it is also used as a conversion standart to calculate the CS Doubloon value. The higher expenses of Quintavelhense economy are with welfare and infrastructure, followed by security, health and the environment. Spending on government manutention are minimal.

Ariano Suassuna, one of the most popular authors in Quinta Velha.

The core culture of Quinta Velha is derived from Portuguese culture and its sub-product, the Brazilian culture, especially the one from northeastern Brazil. Carnival in the lose city of Natal, known as "Carnatal", is one of the largest off-season carnivals in Brazil and very popular among Quintavelhenses[11] and takes place sometime in November or December, in the streets around the Arena das Dunas Stadium (traffic around the stadium changes radically during Carnatal days). The transit department isolates about 3 kilometres (2 miles) of streets,[12] creating a ring, along which the party takes place. During the days of party, a huge truck (called "trio elétrico"), with a band on the top and sound boxes all around, drives slowly along the streets. The crowd follows the trio elétrico singing, dancing, jumping to the sound of the music. June Festival, known as Festa Junina, is also an extremely popular celebration in Quinta Velha. Celebrating the nativity of St. John the Baptist on 24 June, these festivities were introduced by the Portuguese during the colonial period.

The literature is heavily influenced by Brazilian northeastern authors, such as Ariano Suassuna and Nísia Floresta. There is also the production of national literature, highlighting the collection of chronicles "Lost Chronicles of Everyday Life" written and published by the King himself at the Chronicles of Riachuelo,[13] that also serves as the printed media with the greatest circulation in the territories of the Kingdom. The citizens of Quinta Velha use the TV and radio signals from Brazil. All territories are covered by an internet signal.