Church of the Pahun

Pahunism was created as a pagan form of spirituality in the Valtir Sector during the age of the First Berinese Empire in mid-2011. In 2012 the Church of the Pahun was founded to preach the Pahunnia, the Doctrine of Pahunism, and Pahunism was revived as an organized religion.

"Blue Age" is the name given to Pahunism before the creation of Dakrit, in the dawn of the Valtir. During this era, Pahunism was more of a Pagan cult than an organized religion. Little is known about the early Pahunism of the times before the establishment of the Church, as most of the texts and information on the cult from this age have been lost over time. It is known the Pahunists of the Blue Age followed no hierarchies or leaderships, although since at some point Pahunism got to be the state cult of the Berinese Confederation, it's possible that the Berinese Imperial Crown may have had some say in the spiritual affairs of the early Pahunnia.

Pahunism in the Blue Age was characterized by its "Earthly" approach to the Pahun, diferring from the more abstract, shapeless entity that the Pahun is in the modern interpretations of the Pahunnia. This era is known as "Blue Age" because of the blue tree of Ashaytanabahwaai (the blue tree of life), one of the few remaining symbols of pre-Dakritian Pahunism.

The Church of the Pahun or Church of Faelys was established alongside the Holy State of Dakrit in May 2012. The establishment of the Church represented the introduction of a strict hierarchy to the Pahunist organization and the once Pagan religion became an organized faith. The First High Priest of the Pahun was Tarik Kârjasary under the religious name of Haerpyer. Kârjasary was the author of many of the modern texts of on the Pahun Evette and he was the main person behind the organization of the Church. The political instability in the Valtir Sector however didn't allow Dakrit to prosper and by April 2012 the state had fallen into disgrace. With the declaration of the Union of Artaghe Kârjasary passed to have political obligations with the new nation and could no longer remain as head of the Church. Liam Barnard succeded him as High Priest under the name of Lajam.

During Lajam's reign the Church fell into inactivity, and it was mostly forgotten by the Sector which continued to struggle with its constant changes and political turmoil. It wasn't until after a few months of the creation of Sabia and Verona that the Church was revived, this time syncretizing the Sabian, the Veronese the Lycene cultures into the Pahunnia. Lycene traditions found themselves especially easy to bond with Pahunism, and soon Saria Josephine would be declared the new High Priestess of the Pahun under the regnal name of Senna. 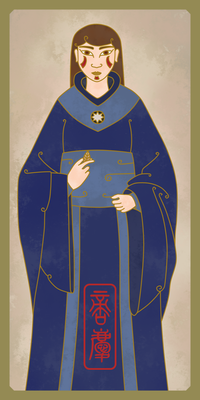 Senna's reign was marked by the separation of the Pahunists into the two schools of thought, the Nikolaeists or Faelists in Sabia and the Fäkhists of Pashqarists in Verona. Her reign was a period of activity and progress in the Church, though it was marred by what has been called the "loss of Pahunist principles". She reigned for nine months before stepping down. Upon her dismissal she was given the nanasehur of Ashminasuunu, the Beloved. She was succeded by Ashukov politician Brooklyn Hewitt, who took the regnal name of Noaeryk.

In late January 2014, months into Noaeryk's reign, the Edict of the Aytana Tree was released, written by former High Priest Haerpyer and approved by Noaeryk himself. It was also signed by former High Priestess Senna and High Star Syleon of Sūrnyjann. The edict reformed the organization of the Church and reformed the hierarchy of the whole institution. The Council of High Stars was dissolved and the position of High Priest became purely symbolic. The Edict also criticized the "deviation from the Pahun's path" and the fall into the "pretentions of organized religion". By February 2014 all the reforms had been adopted and High Priest Noaeryk had adopted a purely symbolic role in the Church. The Schools of thought were unified, and most followers agreed to comply with the unification.

Nationalization of the Church

High Priest Noaeryk stepped down as High Priest on 29 September 2014. On 1 October 2014, a series of reforms were approved by the General Assembly, the lower house of the Courts of Sabia and Verona. Counting with the consent of the Pahunist vetha, the Church of the Pahun became the national Church of Sabia and Verona. Thus, the High Priest or High Priestess of the Pahun would be the King or Queen of the Valtirians, the Sabioveronese Monarch. The first of these High Priests was Isadora of Annenak, Queen of the Valtirians. She took the name of Alyna, and her age was named the age of the Hummingbird (Kolaabroshi'tu).

Pahunim is centered around the figure of the Pahun, an omnipresent "esscence" or "energy" that is found in every living being. Pahunists don't "worship" the Pahun. Instead, Pahunists believe the Pahun is "part of everyone", as the soul of each individual. Pahunists believe that all living beings are connected by the Pahun, which forms a "mass of souls" known as the Avendrá. Followers of Pahunism are encouraged to see themselves as part of the Avendrá, and to be connected with nature. Respecting and establishing bonds with Ma'a ("Mother Nature") is an important part of the Pahunnia.

The abshi of the Pahun

The Pahun Evette describes the Pahun as having "smiles" (abshi). The smiles or abshi of the Pahun are human emotions or states of mind, or unexplainable parts of existence, which are the Pahun's way of manifesting itself in all living creatures. This means all living things, in some way feel what humans feel as they are spiritually connected to mankind through the Pahun and the Avendrá. While some abshi are positive and intended to cause good, some are negative and cause harm, voluntarily or otherwise. This relationship of "positive-negative" maintains a certain balance that allows the Avendrá to stay "in place". As well as the positive and negative abshi, there are neutral abshi, which are considered the core essence of the Pahun, where it is manifested in its purest form.

The abshi are not considered all equally important, and there is a hierarchy between them. The abshi that are the highest up in the hiearchy are mostly neutral, while the negative abshi tend to be at the bottom. This doesn't mean some abshi are more necessary than others, but rather than some are more pure and stay truer to the Pahun's form. Additionally, the abshi may be organized in certain dichotomies, though they may not necessarily be opposing sides.

There are eight abshi, the eighth having been added recently, with the passing of the Aytana Tree edict by Noaeryk I. 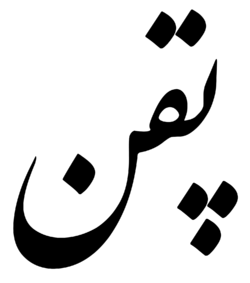 The Pahun is the absolute; it is nature and humans, animals and every living being. The Pahun is creator of life and bringer of death. It is the author of peace and the announcer of evil. The Pahun is not a god; the Pahun is not a mighty King, looking down at its creations from his celestial dome. The Pahun is no bigger than a child, not taller than an ant in the forest. The Pahun is us and them; and every single deity humans have worshipped in history carries the essence of the Pahun. The Pahun is every element, each component of it all; human or otherwise. It is energy, passion, dream, the source of creation itself. The Pahun was born with mankind, the Pahun is child of time. It is the first link of a long, ancient chain. The Pahun shares this world and every world with us; the Pahun is guide of humans through life and death. The Pahun is every religion, it countless of names and a million forms, that have changed over the centuries and have been pronounced in many many languages, by many many humans. The Pahunnia is a way of life, the Pahun is its mother and father, its brother and sister, its daughter and son, its entire self. Pahunnia is our word, our code, to describe the way of life of the Pahun, but it is just a human creation, another word in thousands of words that we have casted throughout our history. Pahunnia follows only one law, only one divine rule; freedom in soul. The Pahun does not ask you to believe in it, or to believe in anything else. The Pahun does not need followers; the Pahun does not have fanatics, and we need no brothers of our Pahun, for the Pahun is every living creature, and those born of the Pahun are entitled to follow their own self in life. We, Pahunists, brothers and sons of the Pahun, follow our Pahunnia and shall follow it until the day our bodies remain the lifeless soil, but the Pahun will forever remain in its place, protecting the Avendrá, until the end of time itself.

During High Priest Noaeryk's term, the Aytana Tree, a gigantic blue tree where all the fruits grew that is mentioned in the Pahun Evette became the symbol of the Church. Prior to that, the Dahmaseek was the symbol of the Church of the Pahun and it was used to represent the Pahunnia in general. The Dahmaseek consists of an eight-pointed star caged inside a circle. The circle represents the Pahun, its essence and presence, without narrow ends or points, simply existing in harmony without a single mistake. On the other hand, the star represents living creatures of the world. They have issues, complex lifes, with difficutities and narrow situations, but they live alongside the Pahun, and the day all humans and living beings live in harmony and peace, the star shall become a circle and join the Pahun in its eternal cicle of life. The Dahmaseek first came in use during the times of Dak'krit, and it was replaced as it was seen as a symbol of the "old church" during Noaeryk's term.

Formerly, in the times of Pagan Pahunism, the Aytana Tree represented Pahunism as well. The story of the symbol takes its origins in Berin, when it was first taking its shape as an entity. When Berinese officials asked Pagan Pahunists what their symbol was, they agreed it would be a blue tree, because blue is the colour of water, healer and carrier of purity, while the tree is a symbol of life, giver of sustent to all creatures of the forest. That tree would later become the Aytana Tree used nowadays.

Since the nationalization of the Church, the role of High Priest is assumed by the reigning Monarch of Sabia and Verona, currently Tarik of Kârjasary.