This article is about the region of the South American micronation. For the micronation itself, see Sabia and Verona.

The Region of Sabia (Sabian: akurói sabiann) is one of the four regions of the Kingdom of Sabia and Verona. It's the largest and most populated region of the Kingdom, as well as one of the most economically active. The capital of Sabia, Salisse, was the Kingdom's capital until 2015 when the newly founded city of Alios replaced it.

It consists of three prefectures: Salisse, Elinore and Bal. Despite having lost its political status, the region is still of great social and cultural importance to the Kingdom. Being the largest and most populated region since the foundation of the Kingdom, its language, culture and traditions have been generally adopted by the Sabioveronese people as their own.

The Würtige Empire territory known as Listva became Sabia and Verona in October 2012. By October 20, 2012, Juclandia had already taken custody of Sabia and Verona as an overseas territory. While the early People's Movement of Sabia and Verona, the leftist group headed by Napoléon Bleuberrie that first established the Sabioveronese government under the Juclandian crown settled in Sabia, the Sabian population in its majority had different priorities to Bleuberrie's government, and the Sabian Nationalist Movement (an organisation with the purpose of adopting the early Sabian language and customs as official) allied with the opposition Unity Party, then known as the Tong-ildang.

The Bleuberrie government and the Sahoedang or Socialist Party realized the benefits of having the Sabian people on their side, and in December 2012 the Courts of Sabia and Verona adopted the Sabian language as the one official language of the overseas territory. Later, the Pashqar language would be adopted in Salisse as well. When in 2014 Sabia and Verona became a province of the Federal Union of Juclandian Lands, Sabia was granted its own government as stated by the new constitution. Sabia's first Lt. Governor was Berth Jens of the Left Alliance. 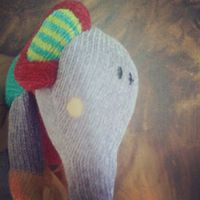 Carla Mora of the Liberals, Governor of Sabia since 2015.

As part of the Northern Territories of Sabia and Verona, the Region of Sabia is relatively autonomous in its own affairs. It elects its own Regional Council for five year terms; the Council in turn selects a Governor from its members. Before the introduction of the 2015 Constitution and the foundation of Alios, the Region of Sabia was administered by a Lieutenant Governor and a Provincial Council. Nowadays, due to the new constitution, the region is considerably more independent from the national legislature and its laws.

There is a downside to this however, as the new constitution also barred citizens of Sabia and Verona living in the Region of Sabia from the right to vote and participate in nationwide elections. Citizens in the Region of Sabia cannot be candidates for the national parliamentary elections, and cannot be members of any of the three sounosy of the Sabioveronese state. This means Sabia is not represented in the Parliament.

The current Governor of Sabia is Carla Mora of the Liberals. The last legislative election was held on 2 September 2015. The Regional Council of Sabia consists of 10 members.

As a region, Sabia is a first-tier administrative division, administered by a democratically elected Governor who responds to the Regional Council. Sabia counts with three prefectures: Salisse, Elinore and Bal. Sabia is the only Sabioveronese region (excluding Alios) not to count with any dependencies.